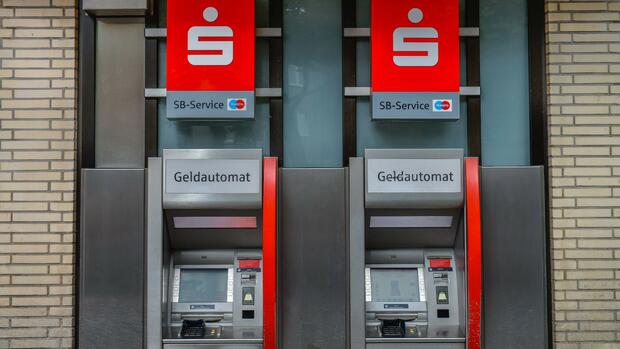 frankfurt If banks and savings banks want to increase fees on current accounts, they now need the explicit consent of their customers, in writing, through online banking or by phone. After a few weeks, 75 to 95 percent of customers typically agree. Reaching the rest is considered difficult. Some savings banks have also recently been trying to get a “yes” from the ATM.

This includes Berliner Sparkasse, the second largest savings bank in Germany. The bank, which made checking accounts more expensive in July, is currently getting approval from as many of its 1.3 million customers as possible. Among other things, it uses ATMs that customers can use to confirm their agreement to the new prices, as the head of the savings bank, Johannes Evers, said recently.

The Sparkasse Mecklenburg-Schwerin is also based on the ATM variant. “It is aimed at online banking customers, for whom the current conditions have already been placed in the electronic mailbox and whose approval is pending,” explains the savings bank on request.

At Stadtsparkasse Düsseldorf, which is also currently making current accounts more expensive, customers can find the General Terms and Conditions (GTC) in writing at the branches, and they can accept them on-site by signing or at the ATM. Three fields appear there: “I accept”, “Already done” and “Ignore”.

Neither the German Savings Banks Association nor its IT service provider Finanz Informatik (FI) can say how many savings banks use ATMs in total to increase approval rates. The option has existed since the fall of 2021 and has been gradually used by banks since then. According to the FI, the prerequisite is to have previously sent the general terms and conditions to the clients.

The FI points to another possibility for savings banks: Clients can print a mini form for approval on the account statement printer, sign it and deliver it to the branch or deposit it in the branch mailbox. Savings banks can’t rely solely on online banking—about 40 percent of their customers don’t bank on a computer or smartphone app.

It is similar with cooperative banks. Since the beginning of last week, the general conditions have been accepted through self-service devices, that is, also through ATMs. Cooperative IT service provider Atruvia (formerly GAD Trust) explains that any device that has the appropriate software version can be used by the bank as part of the general terms and conditions campaign to obtain pending customer consent.

The antecedent of the efforts of the financial institutions is a ruling of the Federal Court of Justice (BGH) of April 2021. According to this, the financial institutions must obtain the express consent of their clients if there are changes in the general terms and conditions , for example, price increases (Az. XI ZR 26/20). The Federal Consumers Association had sued the Postbank, which had raised prices several times in recent years.

Until the time of the ruling, banks and savings banks used to increase fees through existing terms and conditions clauses. They assumed that customers would tacitly consent if they did not object to a change within two months. Since very similar general terms and conditions are used in the German banking industry, BGH’s decision is considered decisive for the entire industry.

Financial institutions are now getting approval for the rate increases that were just announced. On the other hand, they need the customer’s consent for price increases in the last three years and are also adapting their general terms and conditions here.

However, some customers do not react, especially regarding rate increases in the past. “Banks and savings banks have the problem that some clients do not agree with the terms and conditions. At best, it’s only about two or three percent of customers, but for many banks it’s more,” says Oliver Mihm, director of consultancy Investors Marketing.

While most credit institutions are still reluctant to cancel clients for this reason, Postbank recently did just that. Postbank, which belongs to Deutsche Bank, began unsubscribing customers who disagree with current terms and prices from April 30.

Postbank: Termination in case of non-approval

However, Postbank gives affected customers a bit more time, and again relies on a kind of silent consent: if customers continue to use their account from May 1, they automatically agree to the current terms and conditions, Postbank explains. in a letter to the client. This can be done with a single bank transfer, card payment, or by withdrawing money from an ATM.

Other banks are likely to follow. If you continue to use the account, it assumes that the so-called implicit action has occurred, that is, if an action implies a statement of intent. Advisor Mihm sees this as “a valid option to solve the problem of bank approval”.

In any case, consumer advocates take no action on this: “We already saw this at Volksbanks and decided not to attack it,” says Niels Nauhauser of the Baden-Württemberg consumer center. However, it is important to ensure that the customers in question have actually been informed about the new terms and conditions and prices.

Plus: Checking accounts are becoming more expensive: every second bank is raising prices