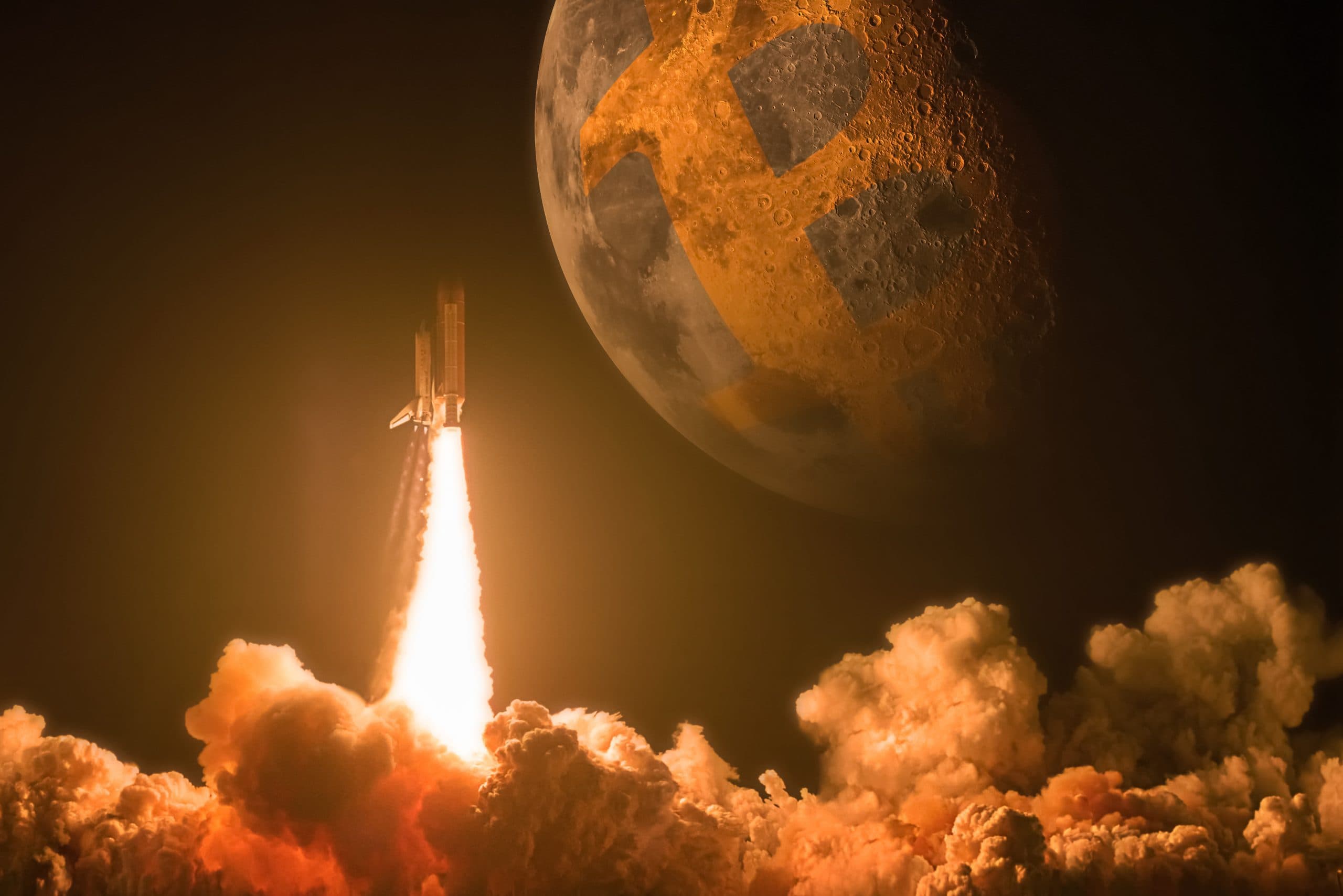 What would have to happen for the price of Bitcoin to break the $1 million mark? There is no doubt that some capital would have to flow into the market. But not as much as one or the other might think at first.

The thing about market capitalization

The answer is: we don’t need that much. After all, market cap says little about how much money is actually in Bitcoin. Simply multiply the current bitcoin price by the number of coins in circulation. And the current price just shows at what price people are currently buying and selling Bitcoin.

Also: It is estimated that 4 million BTC have disappeared in the land of lost keys and will probably never be traded again. Therefore, Bitcoin is a very scarce commodity that will become increasingly scarce as demand increases. So much for the basics.

As financial youtuber Andrei Jikh explains in a recent video, there are several catalysts that, together, could lead us to our goal.

Jikh lists the international remittance market as the first catalyst. In principle, this is the number 1 use case for cryptocurrencies: sending money. This system is currently characterized by long waiting times, limited opening hours on weekends, and high fees. Bitcoin is much more efficient there. According to Jikh’s analysis, if the cryptocurrency were to claim around 50 percent of the international remittance market, it would inject $300 billion into the ecosystem. The price of Bitcoin would thus increase by 14,000 US dollars.

Catalyst 2 is the currencies of emerging markets, that is, the money and money equivalents of emerging countries. These include the Chinese renminbi, the Russian ruble, the Brazilian real, and the Indian rupee. This is where BTC can act as a store of value. only left in february Goldman Sachs they state that they believe that Bitcoin is likely to play an increasingly important role as a reserve currency in the future. If BTC manages to claim 10 percent of the market here, it would inject $2.8 trillion into the market. For the course of Bitcoin, that would mean a plus of US$133,000 per coin. Jikh describes this as a conservative estimate: the top 4 emerging market currencies would be excluded from this calculation.

Catalyst 3 for the Bitcoin price of $1 million is the Economic Settlement Network, the international payment network. The background: When banks send money, they usually have a currency that they are “found” in, for example the US dollar. If the cryptocurrency manages to claim 25 percent of this market, another $3.8 trillion would go into the digital pot of gold. According to Jikh’s calculations, that would be an additional $181,000 per BTC.

Catalyst 4 is the coffers of the State. If bitcoin were to manage to seize 1 percent of the reserves here, we could add another $3.8 trillion to our hoppy digital treasury. Another 181,000 US dollars would then be added to the course of Bitcoin. In any case, the fact that El Salvador is not alone with its acceptance of Bitcoin for long plays in favor of this argument.

Catalyst 5 for a Bitcoin price of 1 million US dollars are high net worth people, that is, rich people. If these people converted 5 percent of their assets to BTC, we would have another $4 trillion in the pot. For the price of Bitcoin, that would be another $190,000.

As a sixth catalyst, Jikh cites institutional investors such as Blackrock, whose CEO recently spoke positively about digital currencies. If they held 2.5 percent of their assets in the form of digital gold, that would add another $4.1 trillion to the market cap. Or: An additional $196,000 for the Bitcoin course.

The seventh catalyst for the bullish moonwalk is corporate treasury bonds. 5 percent of that wealth would be an additional $4.2 million in BTC market cap. Or: A bonus of 200,000 US dollars for the Bitcoin course.

The eighth and final catalyst of the Jikh charts is gold. If Bitcoin secures its place in the sun and takes half the market capitalization of gold, another $5.5 trillion will pour into the world’s wallets. That would be another $260,000 for the Bitcoin course. You can read here why this is not so unlikely.

Bitcoin Price at $1 Million: Is It All Reading Coffee Leaves?

If all these factors come true, Bitcoin would reach $1.36 million. But is that realistic?

BTC would have a market cap of $28.5 trillion. However, that would be just under a third of the global stock market, which currently has an estimated market capitalization of $106 million. This prediction is not entirely unfounded.

So should you buy BTC now? It should be clear: the statements made are all within the realm of probability, no one can claim the magic crystal ball for themselves, and it can predict the future. All information is in this sense without guarantee. However: a growing institutional interest, the growing acceptance of Bitcoin, which is met with a shrinking supply, can be seen as positive signs.

In terms of charts, the Bitcoin course doesn’t look bad either. Jikh suggests Mayer’s Multiple Indicator of technical chart analysis here. This compares the current price of Bitcoin to the moving average of the last 200 days (200 SMA). This creates a ratio that, based on historical data, gives an assessment of whether it might be a good entry point. In the past, when it was below 2.4, it turned out to be a good entry point in hindsight.

The Mayer multiple indicator is currently at 0.9.

The historical average price of Bitcoin is 1.4, so based on the Mayer multiple, this is currently an optimal opportunity to buy Bitcoin. You can do it with eToro, for example.

You can watch the full video in English here.

Disclaimer: This article only reflects the author’s opinion and does not constitute investment advice, a recommendation to buy or sell.

Do you want to buy Bitcoin (BTC)?

We show you the best providers where you can buy and sell Bitcoin in just a few minutes.