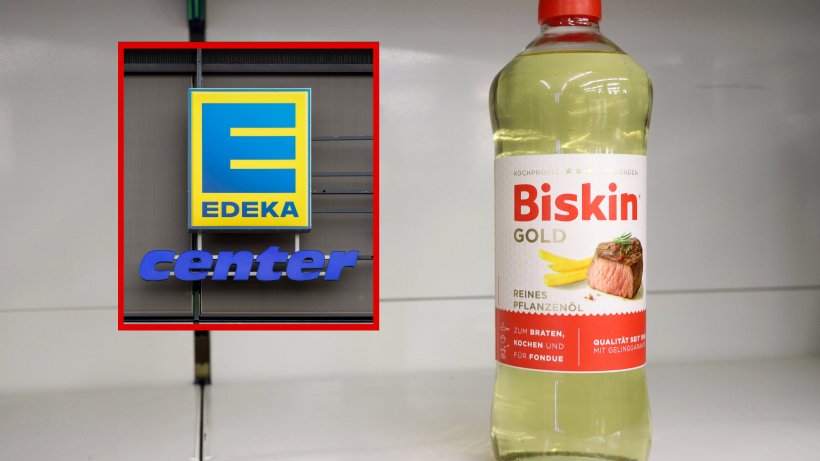 Edeka: Branch throws oil from the shelf – “There are limits”

Either it costs a lot or it is not available, we are talking about cooking oil. in Edeka and other supermarkets, if customers can get a bottle, they have to pay a high price for the precious drop.

Some supermarkets ask almost five euros for it. Yes one Edeka-The market is now putting an end to usury. However, the oil does not suddenly become cheaper here, but is immediately discarded completely.

Edeka market throws sunflower oil off the shelf – “There are limits”

“There are limits,” says the market operator at an Edeka branch in Trendelburg in northern Hesse. And he pulls current oil prices. “We will not sell sunflower oil at €4.99 a liter!” customers can read in a note on the oil shelf in his shop.

“We distance ourselves from these prices and will not offer them sunflower oil.” “I didn’t expect that I would get to shoot so much,” she says in an interview with RTL.

Customer reactions are mostly positive. “Customers like that and understand it,” says the store manager. Before that, however, there were also bad scenes between customers and employees. “If only I knew what my employees have to hear at the checkout.”

Not only did Anja Müller hardly get any oil, but the prices were outrageous and some customers took their anger out on the employees. And the profit margin for them remained exactly the same. “I just want to do my day job here, without the black market,” she states bluntly. “I can’t reconcile that with my conscience.”

Edeka: No more sunflower oil to buy, now what?

The store manager can only hope that oil prices normalize again in the future and that he can sell the goods again. “As soon as we can buy products at reasonable prices again, we will start selling them again. Until then, switch to alternatives.”

Anja Müller advises customers to use the juices from the refrigerated shelves for frying, for example. She doesn’t think her clients are disadvantaged, as she reveals to RTL. (mbo)

The competition is currently working on an in-store innovation. Facial recognition may soon be required when shopping at Aldi. More information here.>>>