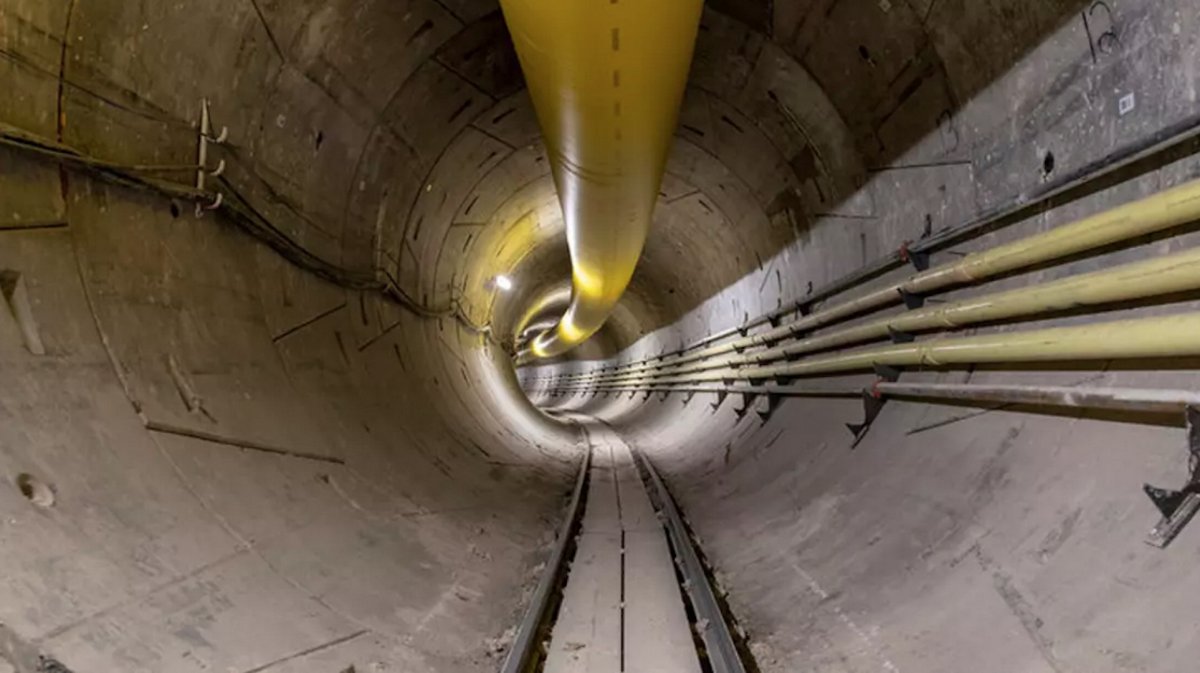 So far, Elon Musk’s tunneling venture, The Boring Company (TBC), has been limited to drilling underground tunnels, “within the next few years” it will tackle a Hyperloop project, according to a tweet from Musk on Monday.

The tweet Musk sent in response to a list of cities with the worst traffic in the world published, however, contains no concrete statements: “In the next few years, Boring Co will try to build a working Hyperloop,” Musk writes. “Physically, for distances less than ~2000 miles, this is the fastest possible way to get from one city to the next. Starship is faster for longer trips.”

Additionally, Musk emphasizes that he believes underground traffic through tunnels is safe. “Underground tunnels are immune to surface weather conditions (undergrounds are a good example), so Hyperloop wouldn’t mind a hurricane breaking out on the surface.”

However, the underground tunnels are not as safe as Musk makes them out to be. A counterexample is found in the British capital of London, which tops the list of cities with the worst traffic conditions. In October 2021, for example, a flood in the Metro caused two lines to be taken out of service. In Paris, the second city on the list, the flooding of the Seine paralyzed the metro.

However, the technical implementation of a Hyperloop system, in which cargo and people-carrying capsules glide on a cushion of air in largely airless tubes at speeds of up to 1,200 km/h, remains to be clarified. enough. This is how the Hyperloop principle described by Elon Musk in 2013 works, as evidenced by the practical results of numerous Musk-initiated Hyperloop competitions and a test of a full-size Hyperloop system by Virgin Hyperloop. However, there are still some problems to be solved, such as the construction of the vacuum tubes, which are several hundred kilometers long, and their safety.

At the very least, drilling the tunnels should be comparatively fast, because TBC, founded by Musk in 2016, uses the Pufrock-2 tunnel boring machine, which should be able to complete around 1.6 kilometers of tunnels per week. The successor Pufrock-3, which TBC is currently working on, should be able to create 11 kilometers per day.

TBC recently raised approximately $675 million (€629 million) in venture capital for the advancement of the tunnel boring machine and the existing “Vegas Loop” tunnel construction project to relieve surface traffic in Las Vegas, Nevada. A 1.3-kilometer underground pathway connecting the exhibit halls of the Las Vegas Convention Center (LVCC) has been in operation in Las Vegas since June 2021.