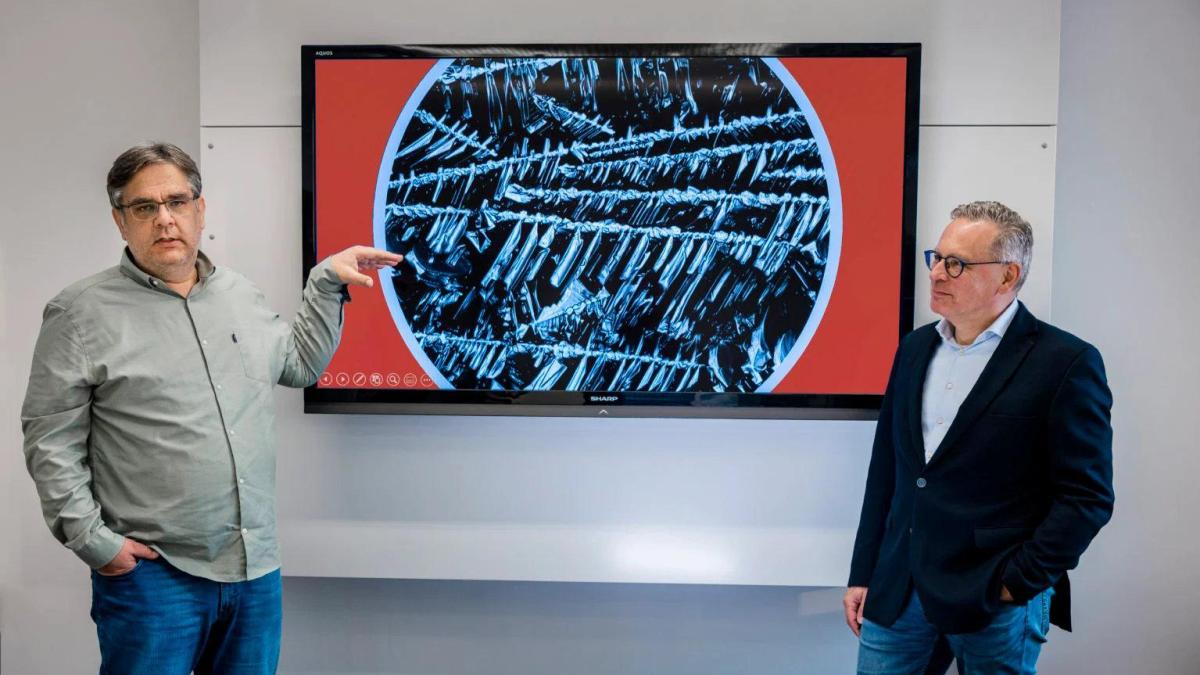 Experts at the Federal Ministry of Economics assume that the demand for lithium-ion batteries will increase from the current 200 gigawatt hours (GWh) per year to more than 2,000 GWh by 2030. However, there have been very few battery manufacturers in Europe so far. . Politicians are trying to counter this. Thus, the federal government has almost three billion euros available for battery cell research and production projects.

But more alone is not the solution. Batteries need to get better, thinks Dr. Ulrich Ehmes, CEO of Theion, a young Berlin start-up that produces so-called “glass batteries.”

The company intends to launch a marketable product before the end of this year, a usable battery, or more correctly, a cell. This should be three times more powerful than conventional batteries, but it only costs a third. And 90 percent of the energy used in production must be eliminated.

What is Theion’s battery trick?

“The key to success, and in the case of a battery, it’s high energy density, short charge time, long cycle life and cost, always lies in the material,” explains Ehmes, a mechatronics engineer with several decades of experience. as managing director in the industry and in the battery business.

Five substances in particular are currently used for the production of modern energy storage devices: nickel, cobalt, manganese, lithium, and graphite. Except the latter, all metals, which means that the current rise in metal prices is also making battery production more expensive.

This is the great advantage of Theion: these batteries are not made of any of the above materials, except lithium. In addition to sulfur and carbon. “Both are available in large quantities and at extremely low prices,” Ehmes said in an interview with “Gründerszene.”

Instead of 20 euros per kilo like the mixture of nickel, manganese and graphite, sulfur only costs 20 cents. As a byproduct of various industries, it’s even something companies would like to get rid of, says Ehmes. And because it doesn’t have to be extracted, a lot of extraction energy was lost.

The idea of ​​using sulfur is not entirely new. Marek Slavik, co-founder and CTO of Theion, has been researching this for ten years and has tried different approaches at various battery companies in Norway and Switzerland in the past. He now he brings his accumulated knowledge to Theion.

So sulfur is the main cathode material in Theion cells. If sulfur were used instead of the conventional materials, but the production method was retained, Ehmes reports that 20 percent more energy could be stored.

But that alone wasn’t enough for his CTO Marek Slavik, so the chemist came up with the idea of ​​changing the structure of sulfur to make it even more possible. He melts it down to form a crystal: “With sulfur in its crystalline structure and a special coating, we managed to store three times more energy.”

“Many gigafactories built with old technology”

The first cell, which Ehmes says will be ready by the end of this year, will be used for commercial space travel. “Particularly lightweight components are needed there,” explains the CEO. The challenge then is to scale the first cells in the pilot production plant to enter the air mobility sector a year later, that is, drones and air taxis.

At the same time, Theion also wants to equip mobile devices such as mobile phones and laptops with batteries. Long-haul planes and electric cars are thus on the agenda for 2024.

Do you also want to address the neighbors with the latter? In addition to his cars, Elon Musk also produces the necessary lithium batteries at the Tesla plant in Grünheide near Berlin: lithium without sulfur and carbon.

“It hurts us that so many gigafactories are being built in Europe using old technology that wastes so many resources, both in production and materials,” says Ehmes. “It would make more sense to choose a battery whose CO₂ footprint and performance are as good as ours.”

Inauguration of the gigafactory

He emphasizes that he would greatly appreciate Musk knocking on his door and does not rule out going to Grünheide himself with his cells.

However, he knows from experience how things work in the drum industry, which he believes to be quite conservative: people only believe what they can see and touch. He first needs his glass battery finished. Then he can go on a sales tour.

Until then, the company will have the support of investors. The top investor with a contribution in the mid-single digits is Team Global, the tech holding company of founder and investor Lukasz Gadowski. Team Global has already invested in several aerospace and mobility startups, including Autoflight, Volocopter, MILES Mobility and Archer Aviation.

Of course, Theion fits well as a possible means of propulsion for such vehicles. “At a time when the demand for batteries in the industry is rising sharply, but material costs and sustainable procurement are subject to wide fluctuations, Theion’s technology comes at exactly the right time,” the investor said in a statement. official press release. “Once fully activated, it has the potential to replace every battery in every mobility device in the world.”