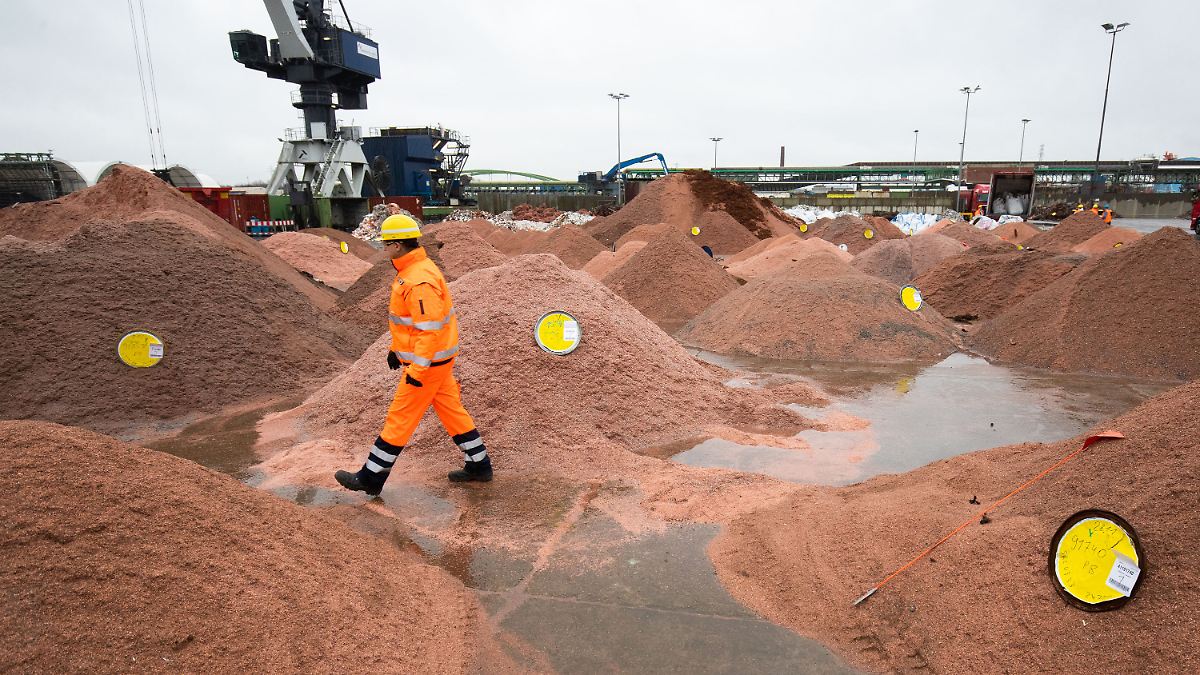 According to a study, significantly more metals will be needed in the EU in the coming years due to the expansion of electric mobility and the conversion of the energy industry to renewable energies. If the continent does not want to become dependent on Russia or China, more determined recycling is the only solution.

According to research, the EU is threatened by bottlenecks in the medium term in the supply of metals such as lithium. The background is that the demand for raw materials will increase considerably, for example, to make the energy industry and transport sustainable, according to a study by the Catholic University of Leuven in Belgium. “Electric vehicles, batteries, photovoltaic systems, wind turbines and hydrogen technologies require significantly more metals than their traditional alternatives,” the researchers said. The study was commissioned by the European association Eurometaux, which brings together producers and recyclers of non-ferrous metals.

According to the study, the global energy transition is progressing faster than the number of mining projects to extract the necessary metals. For copper, cobalt, lithium, nickel and so-called rare earths, there could be global supply bottlenecks from 2030. Europe has only a small window of opportunity to boost its domestic production. From 2040, a large part of Europe’s metal needs could also be covered by recycling.

“Recycling is Europe’s most important way of improving its long-term self-sufficiency and could meet 45 to 65 percent of Europe’s base metal needs by 2050,” he says. With the so-called rare earths and lithium there is the potential to reach quotas of more than 75 percent.

According to the study, the demand for lithium is by far the one that is increasing the most. Global demand for the metal as a transition product by 2050 is expected to be more than 2,000 percent of total global demand in 2020. But also for rare earths such as dysprosium (up 433 percent) or the heavy metal cobalt (up 403 percent), according to the information, a significantly higher demand can be expected. Looking at Europe, the researchers calculate that 35 times more lithium, 7 to 26 times more rare earth metals and 3.5 times more cobalt will be needed to sustainably generate energy and make the EU climate neutral by 2050.

Rare earth metals, which in Germany have so far mainly come from China but also from Russia, have special properties, for example as superconductors, or have a special heat resistance that makes them valuable for industry. They are used, among other things, in computer components, but also in camera lenses, in magnets for wind power generators or electric cars.

For now, the EU remains dependent on imports for most of these metals, as concerns about security of supply grow. “Europe urgently needs to decide how to close its looming primary metals supply gap,” said study author Liesbet Gregoir. “Without a determined strategy, you risk new dependencies on unsustainable vendors,” she warned.

“Without an early supply of new primary metals and better recycling, there is a risk of critical bottlenecks that jeopardize Europe’s goal of a more autonomous clean energy system,” said KU Löwen. However, the study is limited by the fact that technological developments and changes in behavior can still influence the situation, but were not taken into account in the study.