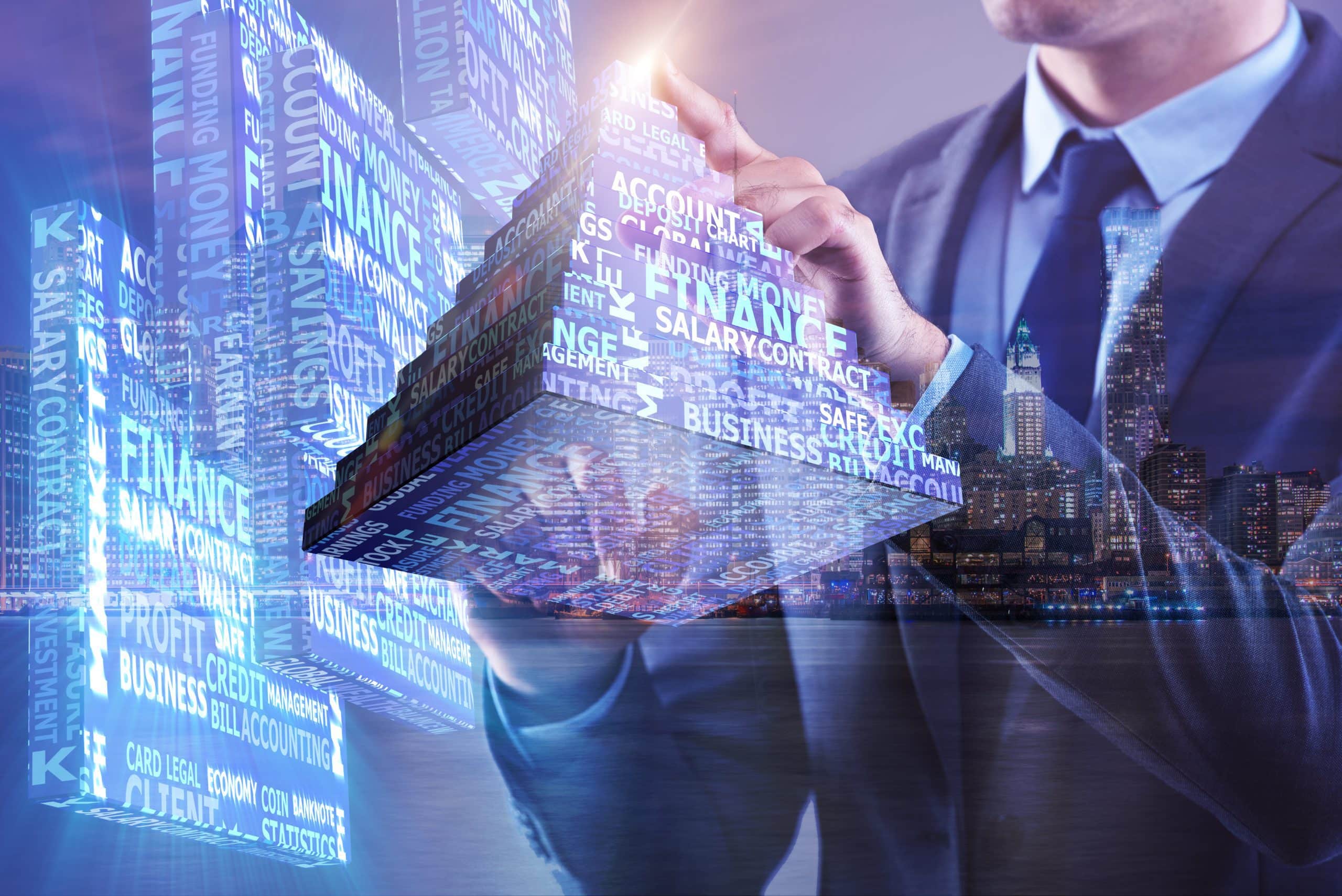 Things are going well on crypto-Twitter: After @algodtrading recently introduced the UST or Luna algorithmic stablecoin as a Ponzi (pyramid scheme) designated had, it was the next bet with the users @stablekwon come on: if Luna’s price is lower than it is in a year, @stablekwon owes Twitter user @algodtrading a million US dollars, and vice versa. @Giganticrebirth also joined @algodtrading and upped the ante to 10m each so there is now a total of 22m waiting for the winner(s) in a multi-signature account (which can be viewed on-chain here : escrow account).

What exactly is this bet about, and what are the pros and cons of UST/Luna actually being a giant Ponzi scheme?

LUNA is the native token of the Terra Blockchain. One of the goals of Terra Blockchain is to provide decentralized algorithmic stablecoins for the DeFi ecosystem. The most well-known Terra stablecoin is TerraUSD (abbreviated: UST).

But how exactly does this algorithmic stablecoin work?

Like other stablecoins, UST aims to maintain a constant value of $1. However, as an algorithmic stablecoin, this is not covered by a deposited value, but relies on market incentives created and arbitrage in order to maintain its target value of $1.

This is done by providing the on-chain option at any time to trade UST and Luna at a fixed exchange rate. More specifically, you can burn (destroy) a dollar’s worth of Luna at any time and mint (create) a UST for it. In contrast, a UST can be burned at any time; in exchange, the protocol minted a dollar in Luna (see Figure 1).

This ability to mint and burn exists at any time, regardless of exchange rates on other markets (for example, centralized exchanges like Binance, etc.).

So if the UST rate deviates from the target value of one US dollar, an arbitrage opportunity immediately arises. This is best illustrated with an example:

Assumption: We own 1 Moon with a market value of 100 USD.

This is the mechanics of an algorithmic stablecoin: the supply of UST and Luna is dynamically regulated and the incentives are set such that the price of UST tends to $1 over and over again.

So Luna’s role appears to include absorbing UST price volatility. So far so good. So what is the danger of algorithmic stablecoins?

Well, UST is not the first algorithmic stablecoin of its kind. A look at comparable projects paints a bleak picture:

Conclusion: The stablecoins of these projects have no value today, although they should have a value of 1 USD.

Stablecoins: how does such a failure occur?

The big danger for such projects is a scenario where UST trades below one US dollar (for example, on exchanges like Binance or Uniswap, the on-chain exchange rate is always the same). As we have learned, arbitrageurs then buy UST, burn it on-chain for Luna, and sell Luna off-chain. This increases the price of UST, but at the same time there is strong price pressure on Luna. If this price pressure becomes too high, a death spiral can occur, resulting in the results shown above.

Because: If the price of Luna falls unexpectedly fast (e.g. due to realized regulatory risks or capital flight to another ecosystem or similar) and investors lose confidence or fear that the target exchange rate of 1 USD, they burn their UST for Luna and then sell it later. However, we have learned that for every UST burned, 1 USD worth of Luna must be mined; as the price of Luna falls, more and more Luna must be mined for each UST burned, which can lead to a vicious cycle and hyperinflation.

Anchor Protocol: another key piece of this debate

Anchor is the largest lending/lending protocol in the Terra ecosystem. It is characterized by extremely high interest rates on the UST stablecoin (around 20 percent per year). So it’s no surprise that the anchor is a strong driver of UST demand: About 70 percent of all USTs in circulation are deposited on the anchor protocol and generate interest.

At the same time, borrowers deposit tokens such as bLuna (Luna Bonded) or bETH (ETH Bonded) as collateral and borrow UST from the anchor protocol. While these borrowers must pay interest on the UST they borrow, due to ongoing incentive programs, they receive Anchor Protocol tokens at the same time; in fact, they are paid to borrow in UST

spent: Sum of all VAT deposited multiplied by 1.2 = annual interest to be paid

income: Income from interest on forgiveness UST Credits (note: since the incentive programs mentioned above are implemented with the protocol token itself, there is little or no additional cost to Anchor)

Staking income, which can be achieved with bLuna and bETH deposited as collateral.

As can be deduced from Figure 7, Anchor’s income is currently less than its expenses, which is why the protocol has to draw on its reserves to cover the shortfall and continue to pay such attractive interest rates in UST. The anchor team has already had to increase reserves twice so that it can continue the current growth strategy with the subsidized high interest rates of stablecoins.

The crucial question now is how stable the Terra ecosystem is when the 20 percent interest in UST can no longer be held and, as a logical consequence, at least some of the capital flows to other chains.

Is Terra USD a Ponzi Scheme?

This is where Luna’s Ponzi critique comes in. Luna’s price is artificially inflated because Anchor pays an unsustainable 20 percent interest on UST over the long term. This causes large amounts of Luna to be burned, causing the price of Luna to rise. However, if Anchor has to reduce the interest offered in UST, investors withdraw their funds, leading to a higher rate of UST consumption, causing Luna to be mined. This Moon will then be sold.

In combination, on the one hand, the price of Luna falls due to the sale, and on the other hand, the supply of Luna increases exponentially because more and more Luna must be mined per UST burned. Price pressure on Luna occurs twice. The losers are the other users of the Terra ecosystem, who bought Luna at higher prices to use the Terra blockchain.

In addition, a possible cascade of liquidation in the anchor protocol and the resulting price pressure on Luna also represent a potential systemic risk.

Arguments of the defenders of LUNA

At this point, Luna supporters will argue that Luna (unlike other algorithmic stablecoins) has a complete ecosystem with differentiated use cases, such as paying gas fees, gambling, etc. behind him. The close link between Luna Coin and the success of the Terra ecosystem as such means that the coin will be forced to participate in the long-term success of the ecosystem: the only way is up so to speak.

The Anchor Team also recently increased its reserves to $450 million, a not insignificant buffer that could also be used in an emergency situation to maintain UST’s target price. This is rumored to have happened as early as January, when UST was about to go off track, or even fall further than it already had, in the wake of the Wonderland Finance drama.

At the same time, it was announced that additional coins (such as SOL or ATOM) will soon be accepted on the Anchor protocol as potential collateral for loans, thus the protocol will open up additional income opportunities in the future if holders of these coins take loans. in Anchor and pay interest on them.

At the same time, funds are currently being raised for a Bitcoin fund of around 3 billion. Around $1.3 billion of BTC purchases have already been made and are probably partly responsible for the current price surge. This BTC fund has the sole purpose of defending the UST rate during critical market times. BTC’s strong independence from the Terra ecosystem, especially compared to Luna or other assets, creates extremely strong protection for UST.

Opinions in the crypto world are divided; One thing is for sure: Terra’s ecosystem is not without risk. If you want to benefit from the attractive interest rates of UST or participate financially in the various applications on the Terra Blockchain, you simply have to do so with the certainty of the risks involved.

Manuel Jungs is a researcher of the German language Insight DeFi Newsletter. Known for his detailed analyses, he would like to competently and concisely inform a broad mass of people about the events, opportunities and risks of the new decentralized world around Bitcoin and Co. he is also active On twitter On my way.

BTC-ECHO Magazine (Print and Digital) from €4.99

The BTC-ECHO Magazin is the leading German-language magazine since 2014 on the topics of Bitcoin, Blockchain, NFT and cryptocurrencies.