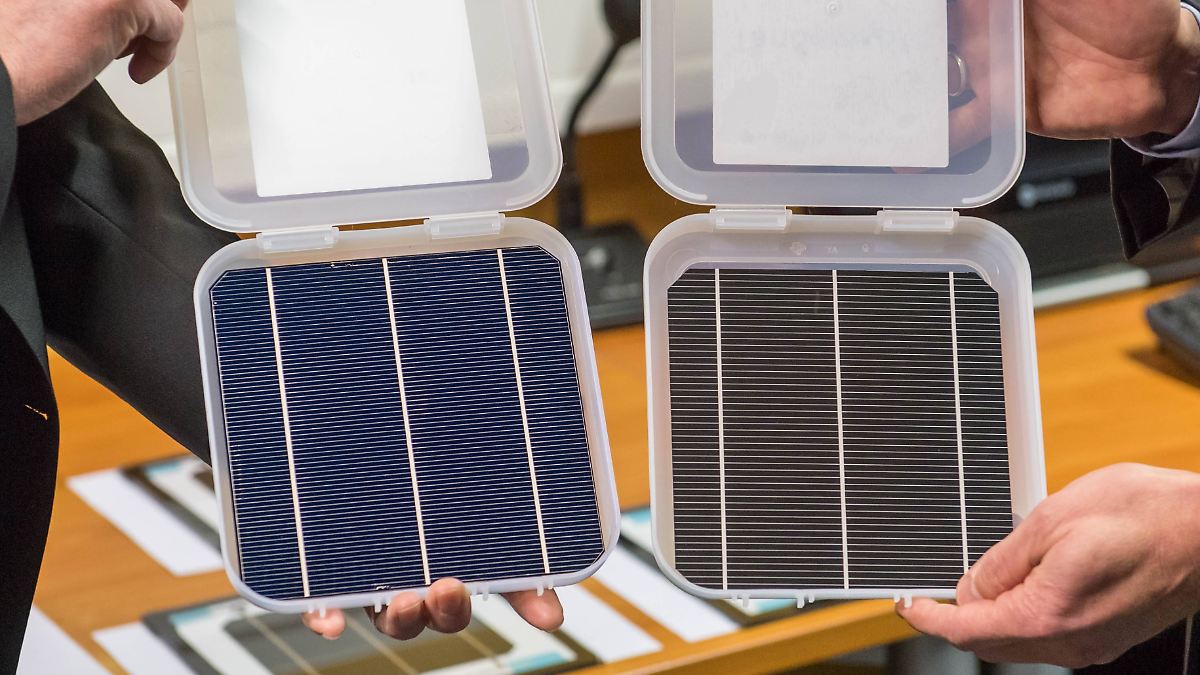 Solar energy still plays a secondary role in power generation. Although silicon cells have fallen dramatically in price, their potential is technically exhausted. Therefore, the researchers rely on a new material: perovskite. Recently, German teams broke efficiency records with it.

The future belongs to renewable energies, not only because of climate change. Russia’s attack on Ukraine also shows how important independence from imported fossil fuels can be. One hope to get away from dirty energy is electricity from sunlight. In Germany, however, the share of photovoltaics in electricity consumption is less than nine percent. However, more efficient and cheaper solar cells could give a new impetus to the energy transition.

Until now, mainly silicon solar cells have been used, but their efficiency, that is, the amount of solar energy they convert into electricity, has been largely depleted. Therefore, some developers are pursuing a dual strategy to make solar cells more powerful and cheaper: perovskite and tandem cells. Perovskite is a mineral named for the Russian Lev Alexeyevich Perovsk, who described it in 1839. However, only in recent years have solar cell researchers discovered it for themselves. The advantage of perovskite: it is cheap and easy to manufacture and process.

The second trick: tandem solar cells. They consist of not just one, but two layers stacked on top of each other that can convert different wavelengths of sunlight into electricity. This means more power is generated in the same area, which also plays a role given the limited space for PV systems. Recently, researchers at Helmholtz Zentrum Berlin (HZB) have had some success using perovskite in tandem cells. The most recent world record for the efficiency of a perovskite silicon tandem cell dates from the fall of 2021 and is nearly 30 percent. The most powerful pure silicon solar cells come in at around 27 percent.

Organic material instead of silicon.

Researchers at the University of Wuppertal have gone a step further: “Instead of silicon, we use novel organic materials and perovskite semiconductors,” says Thomas Riedl, director of the Center for Intelligent Materials and Systems, according to the university’s announcement. “The significantly lower material and energy requirements during production also make these technologies look very promising from a sustainability standpoint.” The Wuppertal researchers also recently set a new world record for this type of tandem cell: 24 percent efficiency. They published their results in the journal “Nature” in mid-April.

However, these perovskite tandem cells are still under development and their impressive results in terms of efficiency were only achieved under laboratory conditions. However, the German-founded company Q Cells reported in March this year on a perovskite-silicon tandem solar cell with an efficiency of 28.7 percent, which should also be suitable for series production.

But how much higher can the efficiency of solar cells be? For silicon, the maximum is just over 29 percent. However, simulations at the University of Wuppertal have shown that tandem solar cells with an efficiency of more than 30 percent can be achieved. These are efficiencies otherwise only found in special solar cells used in space research, for example in the Mars “Ingenuity” drone. In the laboratory, an efficiency of nearly 50 percent was even achieved with multilayer solar cells.

However, for practical use, the efficiency of the solar modules in which the solar cells are installed is decisive, always lower than that of the cells used. However, perovskite solar modules are not yet available for purchase. However, experts anticipate the market launch for 2025. It remains to be seen whether the positive trend in costs will continue. Silicon solar panel prices have fallen 90 percent since 2010.