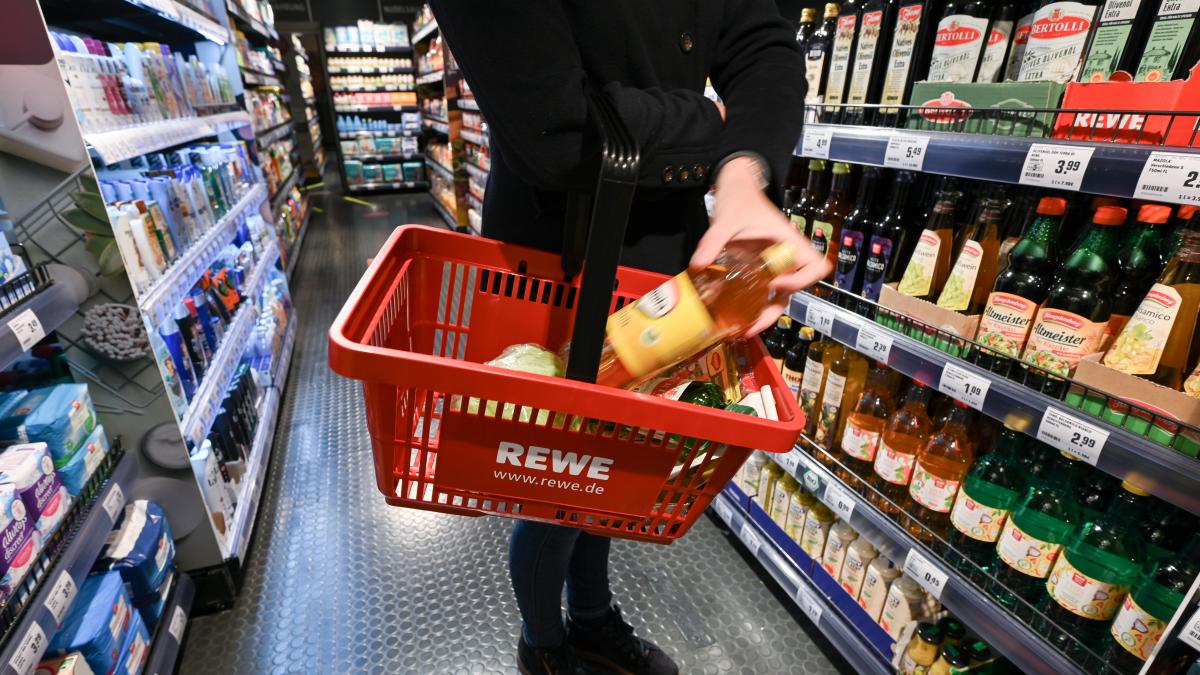 Prices are going up in supermarkets and discount stores. According to Rewe, this will continue, but only up to a point. You don’t have to accept every price increase, says the boss. The industry should not just complain, and must take countermeasures on its own.

DConsumers cannot ignore the prices in supermarkets and discount stores that are currently increasing. The question now is how long and to what extent inflation will continue. And the retail group Rewe is now positioning itself as a pioneer for consumers.

“We are in difficult negotiations with the industry”, says CEO Lionel Souque when presenting the balance of the Rewe Group. Because there are many demands and high demands. “But we can’t just say yes to everything.” Simply passing costs doesn’t add up.

Souque emphasizes that his company, which includes the supermarket chain of the same name, Rewe, as well as the discount store Penny and the Austrian retailer Billa, carefully examines each claim. “Because we have a large number of suppliers, we are active in different countries and we also have deep insights into the calculations thanks to our own brands, we can understand what is justified and what is not.”

Of course, Rewe sees that raw materials, energy and logistics have become enormously expensive in some cases. Therefore, price increases would also be granted to manufacturers. “But the industry must not only complain, it must also react and take action.” Rewe itself is already saving on heating and lighting in stores.

In addition, Purchases monitors to what extent the problems are homemade. As an example, Hans-Jürgen Moog, head of purchasing in Rewe’s sales line, cites dealing with upstream suppliers. “We take supplier issues seriously. But we also pay attention to who has prepared how in recent months and has stocked up on raw materials, energy and logistics capabilities.”

Because tight supply chains have not only existed since the beginning of the war, but also during the Corona period. Some manufacturers have long-term partnerships and supply contracts, others are alone in the spot market, which may have made them a lot of money in the past, while now they want to shift costs when it’s particularly expensive there.

But Rewe is not prepared for this, as Souque stresses. “We cannot compensate for every management error in the industry. You can’t work like this”, says the CEO.

Souque believes that everyone involved has an obligation to bear the additional costs: manufacturers, retailers and consumers. Your own company has already prepaid stable prices on the shelves. “We have already invested a triple-digit million dollar amount in the range this year.” Because it is “total nonsense” to believe that everything can happen to the last. “Who is going to pay for that?” Therefore, the Rewe Group is preparing for a loss of performance. “We are aware that we will have to sacrifice our profit margin this year.”

At least in the food retail division, the largest business area of ​​the Rewe Group. In addition, the company, which last year had 380,000 employees in 21 countries, foreign sales of 76,500 million euros and a net profit of 756 million euros, is also present in the DIY store sector with the Toom brand, with Lekkerland in the convenience sector and with brands such as DER Touristik, Jahn-Travel, ITS and Meier’s world travel in tourism.

And the travel business in particular is currently experiencing a renaissance, as the responsible board member Sören Hartmann reports. “We’ve been seeing a real booking boom since January.” So far, the numbers have even been above the level of 2019, ie the last year before Corona.

With the outbreak of the war in Ukraine there was a brief recess. “Everyone was scared for a week. After that, however, the desire to travel spiraled out of control again and the booking boom continued,” Hartmann describes.

“So we think we can get back to more than 80 percent of a normal summer.” Kerosene surcharges for bookings can be expected in the coming weeks, for example, Hartmann expects 50 euros on medium-haul routes. But people are so hungry to travel that this surcharge should be accepted.

“All About Stocks” is the daily stock image from WELT’s business editorial team. Every morning from 7 am with WELT’s financial journalists. For stock market experts and beginners. Subscribe to the podcast at Spotify, Apple Podcasts, amazon music and deezer. or directly by RSS Feed.