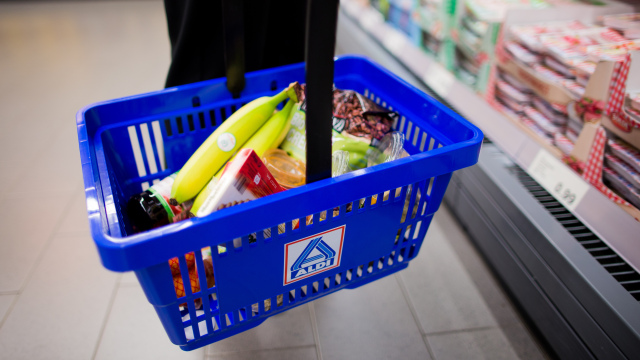 Inflation reached an all-time high in March. Many people therefore have to reschedule their weekly purchases at Aldi, Lidl, Rewe or Edeka. Because prices are rising across the board, consumers easily lose track. CHIP lists which foods have gotten particularly expensive in March and how you can save now.

For their daily bread, Germans have to dig deeper into their pockets than they did a year ago. Specifically, the prices of bakery products such as bread or buns increased by around seven percent.

According to the Federal Statistical Office, food prices increased by 6.2 percent in March. But that’s not all: the already strong price increases at producer level in Germany were massively accelerated in March 2022.

Producer prices rose 30.9 percent compared to the same month last year. This is a record since the survey began in 1949. Analysts had expected a slightly smaller price increase of 30 percent on average.

Consumers must be prepared for price explosions

Higher producer prices could be a preview of what consumers will soon see at the supermarket checkout (reported CHIP).

Aldi Süd and Aldi Nord had already increased basic prices on more than 200 products in mid-March. Producer prices were to blame. These had shot up 25.9 percent in February.

For a few days now, consumers have had to pay more than 2.19 euros for 250 grams of “German brand butter”, and dairy companies firmly believe that the price could soon rise by ten cents.

The main reason for the increase in prices is the high cost of energy. In March 2022, these were 84 percent more expensive than the previous year. Natural gas was even 145 percent more expensive. There were also high price increases for intermediate goods, and here especially for metals, fertilizers and animal feed, as well as wood packaging.

Ten groceries that now cost more at the supermarket checkout

Price adjustments for these foods were particularly severe:

Cheaper shopping at Rewe and Edeka24

How can customers save at the supermarket?

According to a recent survey by PwC Germany, most supermarket customers have been looking for special offers and discount campaigns since the outbreak of the Russian war in Ukraine. They are usually advertised in brochures.

Consumers should browse the advertising brochures. If you don’t want to do without certain brands, you can save here.

These brand name offerings are often more expensive than no-name products. For example, the cheapest hair shampoo at discount stores (Aldi Süd or Lidl) costs 85 cents. However, customers pay €1.19 for the same branded product in a discount campaign.

If you want to take advantage of the greatest savings potential when shopping, you should definitely always look at the lower shelves. Rewe, Edeka, Kaufland, Hit and other retailers place their so-called private labels there. These are significantly cheaper than brand name products, but are mostly of the same quality.

Time and time again, brand providers annoy their customers with so-called “misleading packaging”. Consumers should pay attention to the basic price. The basic price should be indicated per kilogram or liter on the shelf or in the brochure and helps to find the cheapest product on sale.

These basic price comparisons can be particularly helpful at the produce counter. In many cases, canned vegetables are cheaper than loose vegetables.

Consumers should always go shopping on a full stomach. Hunger is generally a bad companion and determines what ends up in the shopping basket. Customers place products in the shopping cart that they would like to eat or drink. In the end, the receipt is long and your wallet is much lighter.

All CHIP news at a glance