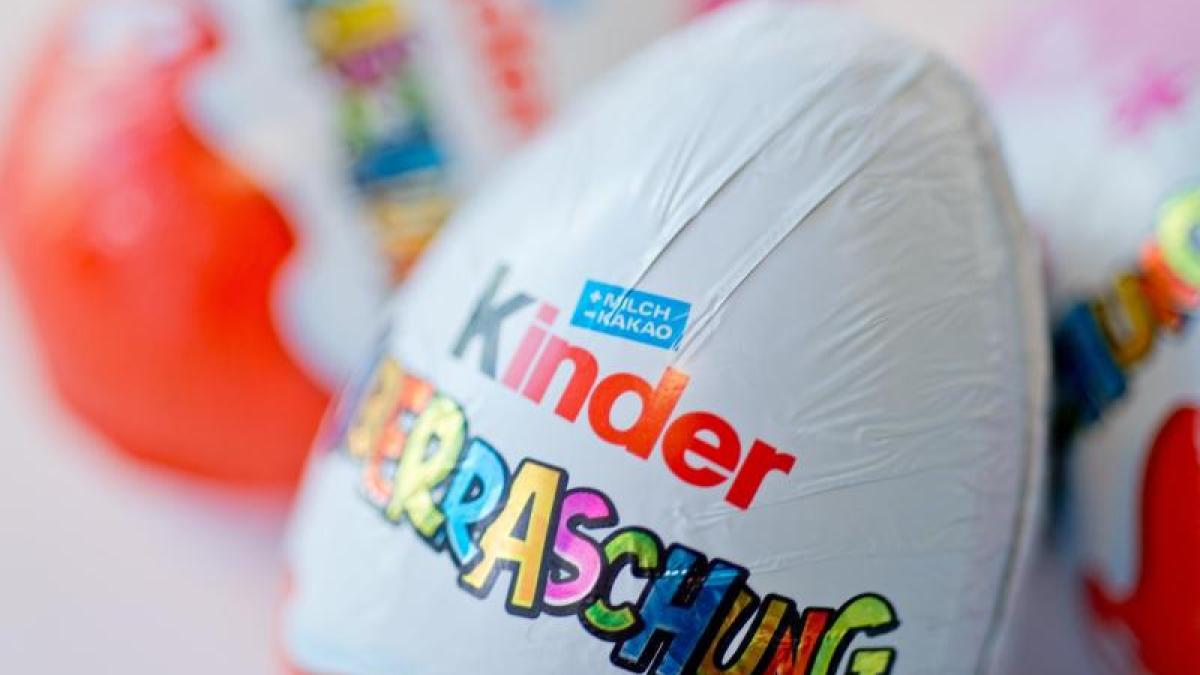 A different children’s surprise: the confectionery giant Ferrero has withdrawn surprise eggs and other chocolate products for children from the market. Salmonella is suspected in certain batches from a Belgian factory.

The recall affected certain batches that were made at a factory in Arlon, Belgium and sold in France, Belgium, Britain, Germany, Sweden and the Netherlands, it said. To date, several cases of Salmonella have been reported in France and the UK that may be linked to certain batches of children’s products.

If you prefer to bake Easter yourself

Britain reported 63 infections, British health authorities told the AFP news agency on Tuesday. On the French side, 21 people were reported infected, 15 of whom said they ate the affected children’s products, officials said.

Ferrero said it is working with authorities on a “possible link to reported cases of salmonella” in chocolate made in Belgium. It was a “voluntary” recall of a number of products made in Belgium, he said Monday night. These include Kinder Surprise eggs, chocolates and mini eggs with different expiration dates until October. Ferrero did not post a recall on the German website until late Tuesday.