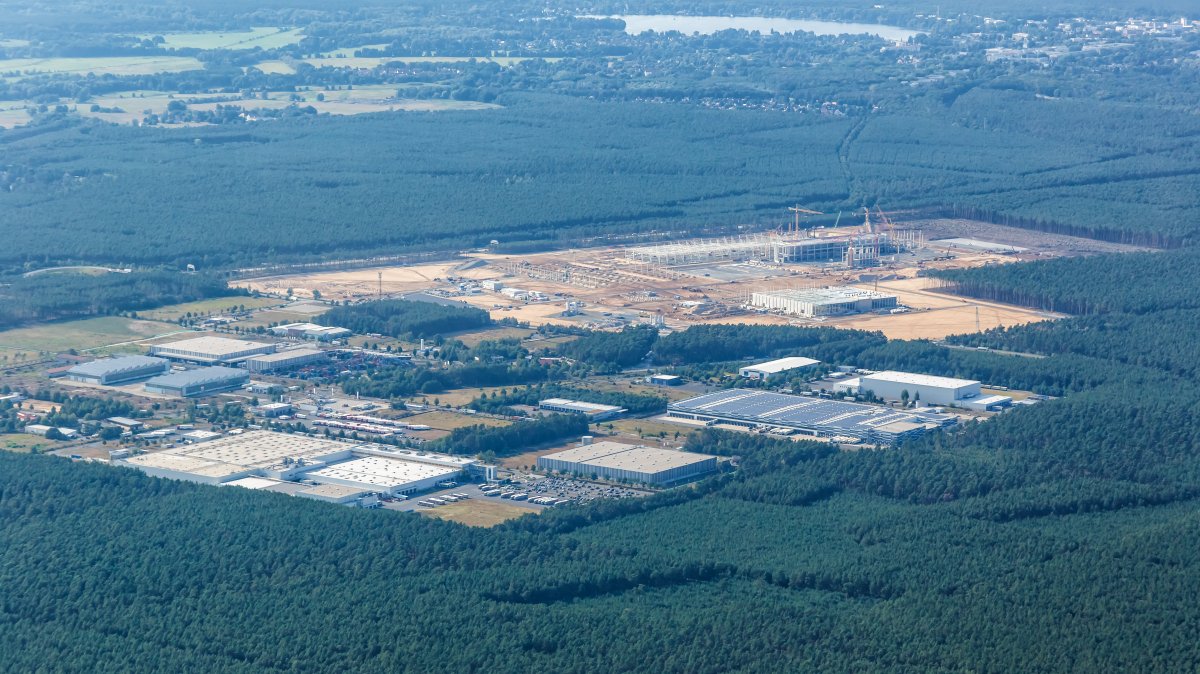 According to the authorities, the paint mixture that leaked about two weeks ago at the US carmaker Tesla’s paint shop in Grünheide is slightly water-hazardous. “A viscous paint mixture that is used in electrocoating was leaked. According to the lower water authority, it is assigned to water hazard class 1,” the Oder-Spree district of Brandenburg told the German Press Agency. . This class includes, for example, certain alkalis or acids. For example, diesel is dangerous for water (class 2), while used oil is very dangerous for water (class 3).

No danger to the environment

According to the Brandenburg State Environment Agency, on April 11, 15,000 liters of treatment bath leaked from Tesla’s electrophoretic coating. The authority described this as an operational interruption. A disposal company pumped the liquid that had been collected into a vat. On April 12, two to three liters ran onto the access road during loading. The liquid was absorbed with a binding agent. Unlike the classification according to the water law, paint is not classified as a dangerous substance according to the State Environment Agency. Therefore, it was not an accident.

The Oder-Spree district repeated the assessment that there was no danger to the environment. “It cannot be assumed that the liquid will enter the sewage system and groundwater,” spokesman Mario Behnke said. During the approval process, the lower water authority worked to ensure that even unlikely accident scenarios could be dealt with safely. “The facilities and measures provided for this have had an effect in this case and prevented contamination of the soil and groundwater.”

The site is partially in the drinking water protection area.

The Wassertafel Berlin-Brandenburg accused the environmental authorities of not fulfilling their responsibility after a thorough investigation. An electric car factory and the planned battery factory would have no place in a drinking water protection zone. Part of the site is located in such a protected area.

In an open letter to various managers, the Grünheide citizens’ initiative and the Brandenburg Association for Nature and Landscape asked Tesla to provide better information. People in the area learned from the newspaper that the chemicals had leaked during the production process and possibly entered the groundwater through the soil, he says. The Märkische Oderzeitung reported on this on Friday.

accusations of lack of transparency

The Strausberg-Erkner (WSE) water association, which also supplies Tesla, had previously accused environmental authorities of a lack of transparency. The WSE considers the liquid leak to be an accident. According to the district, you want to contact the association. There was no need for the WSE to intervene because no protected assets were at risk. Tesla has not yet commented on the incident.

Tesla opened the new car factory in Grünheide, near Berlin, on March 22. In the first stage of expansion, 500,000 vehicles will roll off the assembly line each year, but the company says it is only ramping up production gradually.