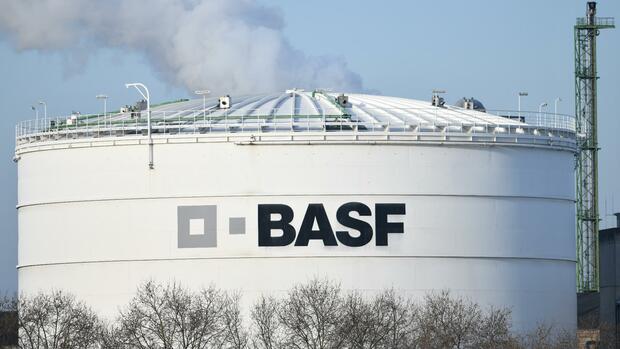 frankfurt A multibillion-dollar writedown of the majority stake in Wintershall Dea led to a significant drop in BASF chemical group’s first-quarter net profit. Despite a very positive operating development, profit after tax fell 29 percent to 1.22 billion euros, as the company announced on Monday.

Overall, according to BASF, earnings were hit by €1.1bn due to impairments at Wintershall Dea. They arise mainly in connection with Wintershall’s loan to the project company for the halted Nord Stream 2 Baltic Sea gas pipeline.

Meanwhile, operationally, the chemical giant was doing much better than expected. Operating profit (EBIT) before special items rose 21 percent to €2.8 billion and was therefore also significantly higher than analysts had expected. They expected an average EBIT of around €2.43 billion.

According to the group, sales of €23 billion were almost a fifth above the previous year’s level and thus slightly above market expectations. According to BASF, the main reasons for the positive operating development were higher prices and slightly positive currency effects.

After the figures were announced, BASF’s share rose only briefly and by late afternoon was only slightly above the previous day’s level. Since the beginning of the year it has lost more than 15 percent in value, making it one of the weakest stocks in the Dax and also in the chemical sector.

The chemical company did not comment on its full-year forecast Monday afternoon. So far, it has forecast an adjusted operating profit of €6.6bn to €7.2bn for 2022, which could be down as much as €1.2bn from a year earlier.

Analysts and investors see the chemical group as potentially under severe pressure from the Ukraine war and the resulting sharp rise in gas prices, in part due to its high demand for natural gas. A Russian gas delivery disruption could also hit the chemical giant hard. Because the main plant in Ludwigshafen in particular is heavily dependent on Russian natural gas supplies.

In addition, the Ukraine crisis may delay the planned divestment of the Wintershall holding company in the distant future. Wintershall Dea’s minority partner is the investment company Letter One, controlled by the Russian oligarch Mikhail Fridman.

Wintershall Dea is also relatively involved in Russian gas production. Last year, Wintershall Dea’s activities in Russia accounted for about a fifth of operating income (Ebitda) and 63 percent of oil and gas reserves.

Plus: The consequences of an energy boycott for German industry and for Russia