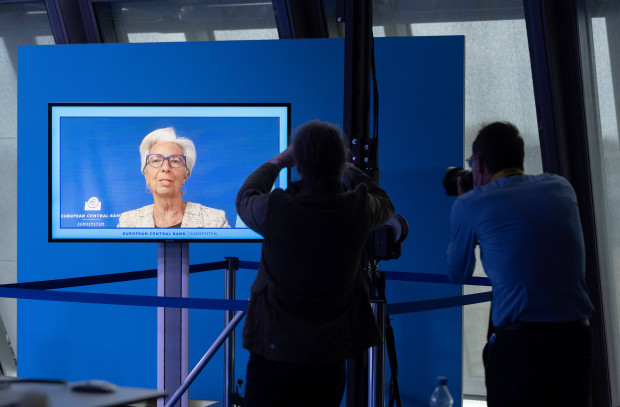 That inflation, that is, the devaluation of money, is a kind of tax may be a “true”. However, it is true. However, unlike a tax, it does not affect everyone equally; It particularly affects the poorest sectors of the population. Subsidies for the cost of energy for recipients of housing benefits and other things do not help either.

At the beginning of February this year, the inflation rate in the euro area was still 5.1 percent. At the end of March 2022, it jumped to an average of 7.5 percent. This is the highest level since the introduction of the euro.

In February this year, the ECB still expected inflation to decline throughout the year, ie with a temporary phenomenon, and was of the opinion that inflation was being driven by “special factors”. Currently, the monetary authority assumes a price increase of 6.0 percent in 2022, as announced on Friday. How this can be achieved given the expected wage and price spirals remains at least a mental exercise.

The ECB’s home page reads: “The main objective of the ECB is to keep prices stable. We work for the people of the euro area and make sure that the value of the euro is preserved.” And furthermore: “Stable prices are the best contribution that monetary policy can make to economic growth.”

There can be no doubt about that. The Governing Council met before Easter. The ECB had a hard time with its decision on interest rate policy; rather, she did nothing. The Board decided to leave the key interest rate at the previous level of zero percent. Therefore, there is apparently no change in interest rates in sight. The ECB does not seem to be reading the signs of the times.

The ECB’s bond purchase program called APP, that is, the transfer of public debt “titles” to the ECB’s balance sheet, “should be 40,000 million euros per month starting in April and then drop to 30,000 million euros. euros per month in May and then to EUR 20 billion in June,” writes the Handelsblatt. “Data received since the last ECB Governing Council meeting in March have “reinforced the expectation that net bond purchases should be completed in the third quarter,” according to the central bank’s statement. “The longer the ECB to its very loose monetary policy, the more people’s inflation expectations will rise and very high inflation will become permanent,” says Commerzbank chief economist Jörg Krämer.

It is also a “truism” that the ECB, as the central bank, buys government bonds or corporate bonds from banks, increasing the amount of money in circulation. If more money enters circulation, the economy recovers and inflation increases. This is also known as “money printing”.

At the end of August 2021, the ECB’s total assets amounted to around €8.2 trillion. That’s about 80 percent of gross domestic product in the euro zone. At the end of December 2021, the euro area was indebted at 100% of GDP. The euro zone is further than ever from the stability pact, which has set a target of 60 percent.

But back to the devaluation of money called inflation. The ECB is doing very little, actually nothing at all, to at least curb inflation. It hasn’t completed the stock purchase yet and probably won’t complete it until the end of the third quarter of 2022. Key word: probably.

In our neighboring country, Switzerland, the price increase is also being discussed, although there the rate remains at 2.4 percent. The dispute among economists is: is there a risk that inflation in Switzerland will reach US or European levels in the medium term?

While a nominal appreciation of the Swiss franc is expected, the eurozone currency is falling. “After monetary policy makers left it open again when they would take action against inflation with higher interest rates, the euro fell to its lowest level in almost two years,” i.e. below the 1.08 mark. reports Die Welt. This has to do with the fact that the ECB has said it will “eventually” raise interest rates, after the bond-buying program ends. “A weak euro increases inflationary pressure because most raw materials are priced in dollars, which makes buying more expensive.”

Meanwhile, the vice president of Deutsche Bank is warning of a double-digit inflation rate. “Our forecast is that we will be at an inflation rate of seven to eight percent over the course of the year,” explained Karl von Rohr in the Frankfurter Allgemeine (FAS) Sunday newspaper. “In the event that energy imports are more severely limited, we could even see 10 percent or more.” And further: “Wealth melts like ice in the sun.”

Regarding the interest rate policy of the European Central Bank (ECB), von Rohr said that he considers that interest rate increases are “urgently necessary” “so that inflation expectations do not solidify at a high level.” . decision of the Council by the ECB, is not at all like that of. The path to “runaway inflation” seems to be mapped out.