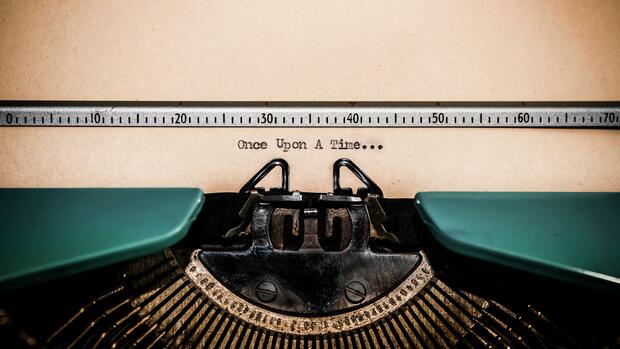 Dusseldorf Mike Crownwood* is an avid writer. The financial expert published nearly a dozen books from the beginning of 2019 to the end of 2020. His stock guide ranked among the best sellers in the “Economics” section of Amazon’s Kindle store. The title was recently translated into French, among other languages. His resume is as impressive as Crownwood’s writing speed: he studied economics at a renowned American university, his father was a businessman, and his mother ran a successful law firm. His wife Veronica* is also big in the advice business.

The problem: The Crownwoods shouldn’t exist like this. His author images come from photography databases. They have even been replaced recently.

Anyone looking for advice on topics like finances, careers, real estate, nutrition, or psychology on Amazon is increasingly coming across these so-called experts. Their print and electronic brochures stand out for their all caps covers and perfunctory content. And: Through a considerable number of five-star ratings.

“Most of it is fake,” says Jan Höpker, a blogger from nearby Stuttgart and an observer of the fake advice scene. He estimates the number of dubious titles on Amazon to be at least 3,000. It’s hard to say how many authors with fake bios there are, he says, “because new profiles keep popping up, changing or disappearing.”

There is a business behind fake review guides. If a user borrows one of the quick guides and reads 100 pages, the author earns about 30 cents. With printed books, depending on the costs, there is a profit of about five or six euros. Purchased Kindle books give authors, whether real names or ghostwriters, a good 60 percent margin. Depending on the classification of the titles, the people behind the fake guides receive thousands of euros every month.

A book for 400 euros: This is how a false guide is created

America’s questionable trend spilled over. There, the Washington Post already reported in 2015 on the so-called “Kindle Entrepreneurs” who want to generate passive income with quickly typed books. The US newspaper, owned by Amazon founder Jeff Bezos, described a lackluster business of ghostwriting, purchased reviews and fee dumping, then and now causing problems for the world’s largest book market.

Here’s how it works: First, Kindle Entrepreneurs search for high-search-volume topics using analytics tools like the paid program “Publisher Rocket” or Google’s free trending search to find their niche for a book topic.

Entrepreneurs then hire freelance ghostwriters through sites like Fiverr, Upwork, and Freelancer.de. In a video, Berlin online lecturer Leon Chaudhari shows the procedure and names the prices: $80 for 5,000 words is “relatively cheap”, 15,000 words for $185 is considered a “pretty good deal”. For classification: A guide can be filled with 30,000 to 40,000 words. It’s almost 400 euros for a book, without having written a single word.

For the book to be found on Amazon, positive reviews are essential. Fraudulent Kindle publishers employ so-called virtual assistants for this purpose. These are Internet entrepreneurs who are often based in the Far East and place products on Amazon for a few euros in such a way that they can also be found. Some of the attendees write nice reviews or get them through special Facebook groups or on the dark web. Another way to get positive reviews is through other Kindle entrepreneurs who offer five-star reviews in return.

“The landscape is changing,” says journalist Irene Gronegger, who has been investigating fake guides for some time and has published several articles about them. In the past, the quality was often sub-par, and many actors learned something new, says Gronegger: “They realized you wouldn’t get very far with total garbage.” Now, “at least the spelling is correct.” Otherwise, the skinny guides could qualitatively be classified somewhere between “Google research” and “seminar paper”. Some books have been written better recently, but still come from unknown sources and anonymous text providers.

The fact is that there are a number of honest authors who write their own books and want to earn a few euros. Also, there is nothing reprehensible about a ghostwriter writing your book or using pseudonyms. And even trivial tips can be annoying, they are not prohibited.

One of the biggest Kindle entrepreneurs in Germany is called Grigori Kalinski. The Stuttgart-area entrepreneur offers advice to self-publishers who produce books in rapid succession via Amazon’s Kindle platform. He has accompanied 700 of them in recent years. He calls them “my students”.

Kalinski’s multi-part self-study video course costs around 3,000 euros. His protégés can contact him and his team if they have any questions: “24/7,” he promises. During the pandemic, the Kindle business continued to grow, the entrepreneur explains to the Handelsblatt.

Real estate agents, teachers, housewives, industrial mechanics — Kalinski’s students come from a wide variety of backgrounds, he says. In videos that can still be found on the Internet, some of them tell how Kalinski helped them earn a high regular income.

There is a man named Markus who reports a monthly income of 9,500 euros in one of the videos. He found the ghostwriter of him in eBay classifieds. Another reports “really amazing” successes and extra income of 5,000 euros. He had started as a trainee three years prior to the video.

Kalinski knows this: “All businesses attract money-hungry people. Even among his students there may be “one or another who is behind the fast euro.” He distances himself from consumer deception and checks purchases. “That is clearly prohibited and We also say it.”

Kalinski has integrated an auditing system into his training to ensure quality. However, she cannot rule out the possibility that there are black sheep in her student body. “If I knew that, I’d rip their ears off,” says Kalinski.

How Amazon is trying to crack down on fake guides

Fake reviews are legally relevant. These violate competition law because: Thanks to false positive ratings, junk guides crowd out other titles that have been honestly reviewed. “The submission of false ratings, ie ratings from people who have never tried the offered product or service, is illegal,” says Karsten Gulden, a lawyer specializing in media and copyright in Mainz.

The expert also considers that the claim of expertise in the authors’ biographies is legally misleading. “Consumers tend to buy a guide from authors who have had relevant experience and can demonstrate personal expertise based on their experiences.” This is exactly what the fake guides played with. Because: “If the facts are wrong, the consumer will be inadmissibly misled.” Legally, it is a crime.

Amazon is aware of the problem and takes “the possibility of misuse of Amazon services very seriously,” as a spokeswoman explained on request. The e-commerce giant emphasizes that most fake reviews are recognized before they are published. However, a very small number of Kindle authors attempt to gain an unfair competitive advantage by creating false, misleading, and inaccurate customer reviews for their self-published books.

In such cases, users would be temporarily blocked, permanently banned, or legal action would be taken. According to company information, Amazon has filed 30 lawsuits in Germany alone for false ratings since 2018 and has obtained fines totaling more than 150,000 euros. However, the online giant does not have the problem completely under control. Ultimately, Amazon relies on users reporting suspicious reviews and titles.

Starting in May, doing business with false guides could become much more difficult. A bill will then go into effect that expressly prohibits the buying of reviews or the use of fake reviews. “Therefore, there is no question that bogus reviews made to order are not acceptable,” says Attorney Gulden.

Plus: Amazon is closing its own bookstores.