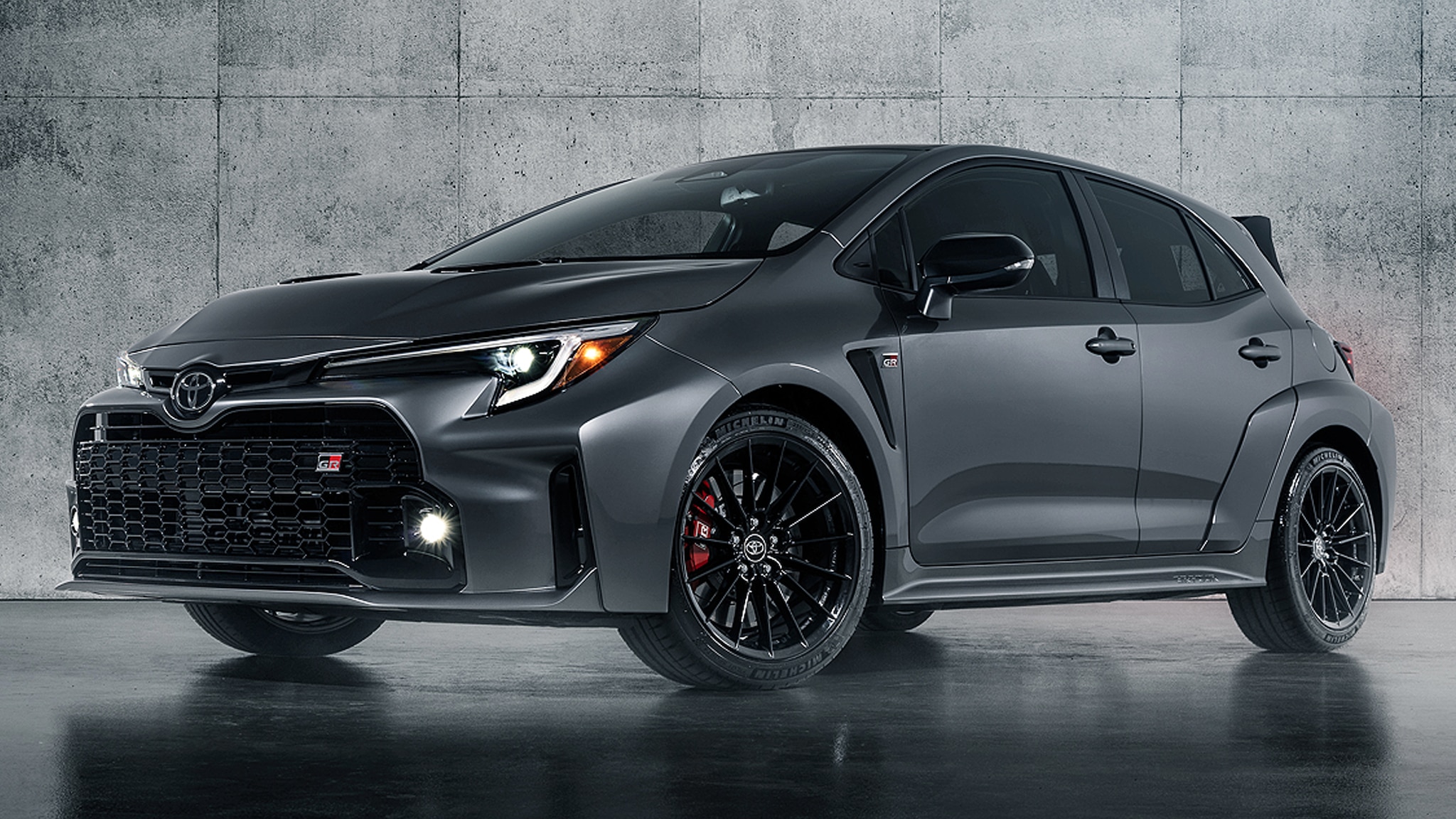 The new Toyota GR Corolla is even more powerful than the GR Yaris: instead of 261 hp, the Corolla has a whopping 304 hp. And that too with only three cylinders! This makes it the fourth member of the GR series along with the GR Yaris, GR Supra and GR 86.

The technical data and design of the GR Corolla are brutal down to the last detail. The market launch in Japan is already planned for the second half of 2022. It is not clear if it will also come to Germany.

Appearance: The body is very similar to the Corolla Sport

The 18-inch wheels also contribute to the GR Corolla’s sporty and aggressive look. Speaking of sporty: the rear end is adorned with a distinctive roof edge spoiler and triple tailpipes. The latter are equipped with silencers to reduce both exhaust pressure and noise.

Interior: sporty with room for the whole family

Despite its racetrack image, the GR Corolla offers room for a whole family: it comes with five doors and five seats. For the driver, however, everything is designed for driving pleasure. The gear lever is positioned in such a way that gear changes are as quick as possible. Enthusiasts will also like the manual parking brake. Especially it wasn’t electrified, so you can still drift the old-fashioned way.

However, the TFT information display developed for the GR series has been modernized. The system should now be even more geared towards sporty driving than before.

Under the hood of the Toyota GR Corolla is a beefed-up version of the GR Yaris’s 1.6-litre turbocharged inline-three. It offers an impressive 304 hp and 370 Nm of torque on the road, and weighs just 1474 kg! The many horses must be controlled with a six-speed manual gearbox. Toyota has yet to comment on performance.

Like the GR Yaris, the new Corolla has all-wheel drive. The all-wheel drive “GR-Four” allows an individual distribution of power. The driver can decide which distribution he would like to have between the front and rear axles: 60:40, 50:50 or 30:70 are possible.

The GR Corolla will launch in the US and Japan in two model variants: Core and Circuit. Basic Core trim comes with flared fenders, “GR-Four”-lettered door sills, and cloth sport seats.

The Circuit will launch in 2023. It gets extra goodies compared to the Core: including a carbon roof, a domed hood and suede sport seats. The Circuit will only appear in a limited edition.

The Toyota GR Corolla will launch in Japan in 2023 at the earliest. Unfortunately, it is not yet clear if it will also be available in Europe, in addition to the US.

Toyota has yet to comment on costs either. Of course, the price of the Corolla GR should be higher than that of the GR Yaris, for which at least 34,000 euros must be paid. AUTO BILD estimates the base price of the GR Corolla at just over €40,000 due to the higher performance and larger vehicle class. The direct competitor of the Toyota GR Corolla, the VW Golf R, costs at least 51,835 euros.