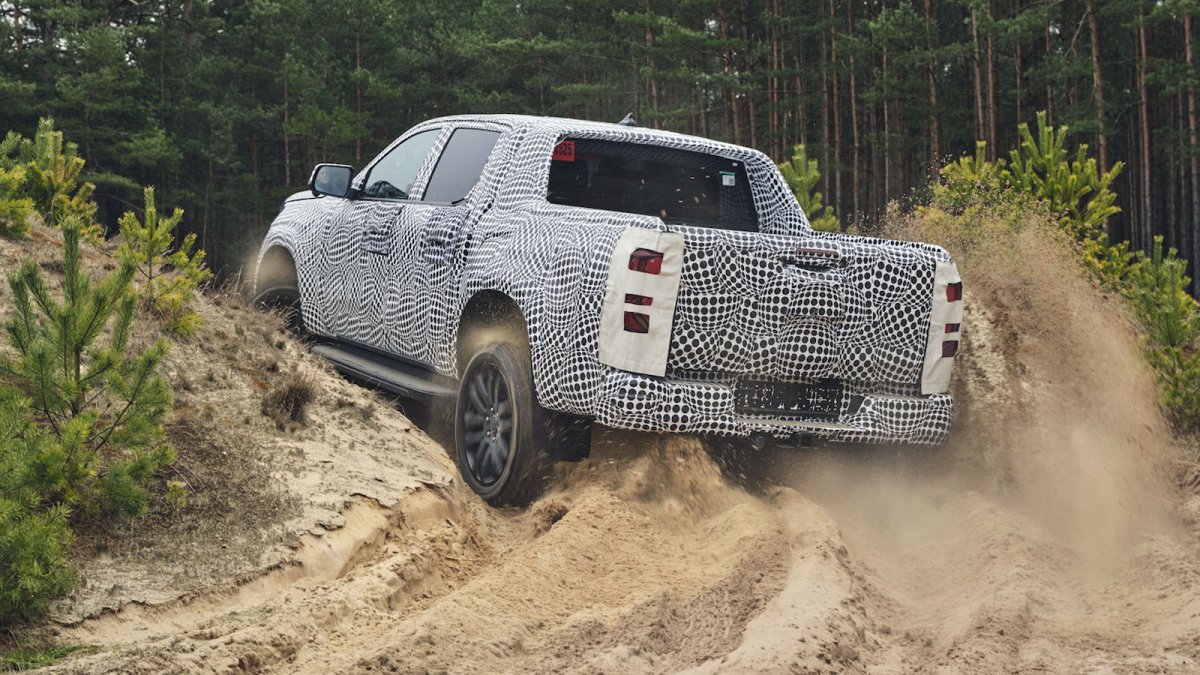 While the current Amarok was an ambitious in-house development, Volkswagen turned to a cooperation partner for the successor and Ford designed VW’s new Amarok in the last three years. Technically, the flatbed truck will be a Ford Ranger, the engines will be from Volkswagen, and the design of the second-generation Amarok will go its own way. Initially it will go on the market with a combustion engine, an electric version is firmly planned.

While the current Amarok is still rolling off the assembly line in Argentina, production in Hanover is long overdue history. Here everything is already oriented towards the electric DNI. buzzer (test) activated. The next generation of the VW Amarok will be produced in South Africa at the same plant as the Ford Ranger, which was introduced a few months ago. Lars Krause, VW Commercial Vehicles sales board member, says: “Of course, without a collaborative partner there would not have been a new edition of the Amarok. And of course we were also a bit proud that our previous Amarok set the point.” reference”. for the new Ford model for our Ranger colleagues was”.

Differences with the Ranger

Because although visually very different, the new Ford Ranger and the upcoming VW Amarok are technically identical to a large extent. Although the Ranger is already on the market as the best-selling pick-up in Europe, the second generation Amarok will be presented in June. It should reach the client at the end of the year. The first (test) generation was a successful model for Volkswagen, even if it had to struggle with expensive production in South America and Hannover alike. More than 830,000 vehicles have been sold to date and production in Argentina continues to run at full capacity.

The next VW Amarok will no longer be an in-house design, but instead will be developed and produced by cooperation partner Ford.

Development and production in South Africa

“We want to appeal to dealers and private customers alike,” Krause says, differentiating himself from many of his industry peers, who see his hybrid off-road vehicle and hauler with an open cargo area primarily as a tool for gardeners and landscapers or construction companies. . Most of the testing of the new VW Amarok takes place in South Africa, where the vehicle will not only be manufactured but also heavily developed. Four test cars are currently on the roads of Germany to incorporate the final results.

“The common parts of the two body versions are manageable. With the Ford Ranger, we only share the mirror, the roof and the rear window; the rest is completely independent and comes from our design team”, explains Lars Krause.

The range of engines is similar to that of its predecessor. Two different diesel engines are offered for most markets: with four cylinders and two liters of displacement or with six cylinders and three liters. Both will be available in two power variants, ranging from 132 to 177 kW. Depending on the engine, rear-wheel drive or all-wheel drive is installed. Asian markets that are particularly price sensitive should also be equipped with a single cab, petrol engine and five-speed gearbox. The basic versions have a manual parking brake, the higher-quality variants an electric parking brake. In the medium term, an electric version is planned for both Ford and Volkswagen.

It is good that the structure remains the same. The drives are installed longitudinally on a ladder frame, with a rigid axle at the rear that is guided by two longitudinal leaf springs, and a double wishbone construction at the front. On all-wheel drive models, power is diverted out of the transmission and distributed to the front axle with a cardan shaft running alongside the transmission. Ford offers an activation that includes off-road level. This simple technology is great off-road, but due to the lack of a center differential, it’s virtually unusable on the road, especially with a long wheelbase. VW wants to offer a version with permanent all-wheel drive that makes more sense for road use, like the Amarok that is still available.

At 5.35 metres, the flatbed truck is 10 cm longer than its predecessor and the wheelbase is 17.5 cm longer at 3.27 metres. With a width of 1.91 meters and a height of 1.88 meters, it is theoretically still suitable for car parks. The payload is up to 1.2 tons, the trailer load is 3.5 tons and a Euro pallet fits between the wheel arches in the cargo area. The lashing eyes in the cargo area must be suitable for 500kg and the allowable roof load of 350kg could also cope with a hanging roof tent with occupancy.

As rustic as the new VW Amarok looks from the outside, it’s just as cozy on the inside. Depending on the cabin selected (VW only offers single or double cabins), it offers space for up to five people, up front in optional electrically adjustable armchairs, digital screens and, if desired, even a Harman Kardon sound system. Volkswagen apparently has some lifestyle ambitions for its work machine.