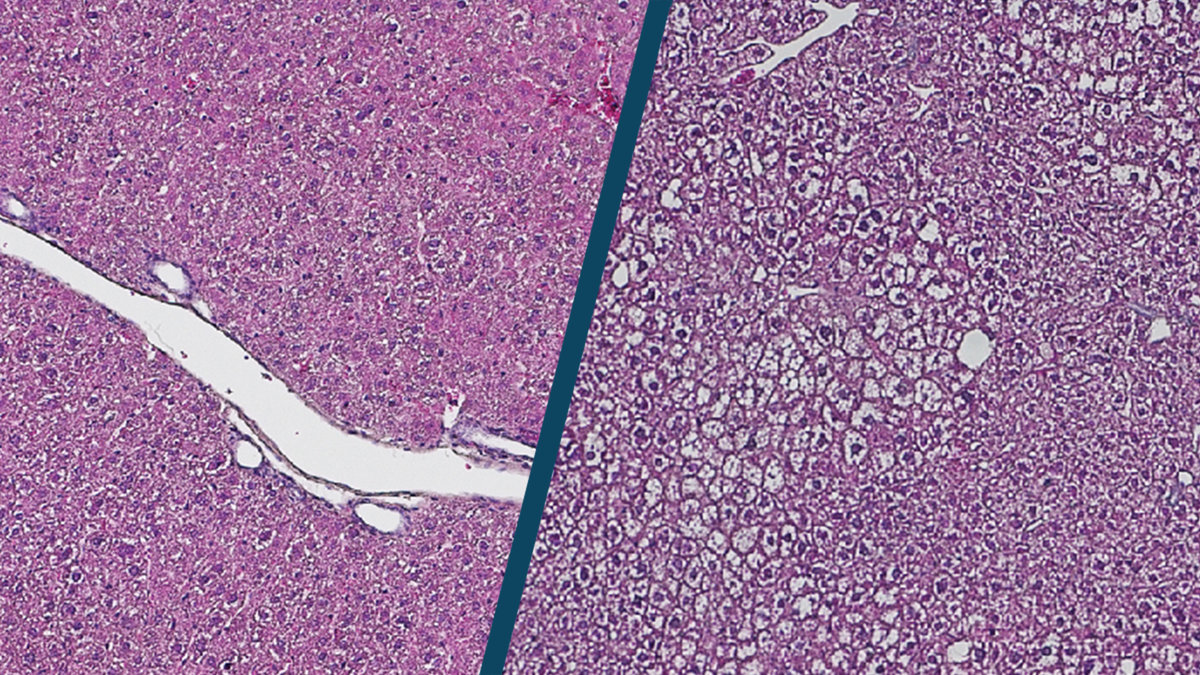 Researchers discover a cell’s own protection against epigenetic changes

The liver can regenerate itself in old age and remains amazingly efficient, despite the fact that the chromatin in its cells undergoes major changes due to epigenetic changes, as researchers at the Max Planck Institute for the Biology of Aging in Cologne have now discovered. They have thus discovered a possible reason why the conversion is almost inconsequential.

© Max Planck Institute for the Biology of Aging

The structure of the liver changes with age. Shown here is a histological image of young (left) and old (right) liver cells.

© Max Planck Institute for the Biology of Aging

Changes in epigenetics are considered a cause of aging processes. Epigenetics itself describes changes in genetic information that do not modify the sequence of the genes themselves, but do influence their activity. This can be regulated, among other things, by the accessibility of proteins to DNA.

In this study, the researchers observed in liver cells that liver cell DNA becomes much less packaged with age. This makes it more accessible to proteins that bind to DNA and make the messenger molecule RNA. “If DNA is readily accessible, we should also see increased amounts of RNA being produced. But that was not the case at all”, explains Peter Tessarz, head of the study.

The researchers directly provide a possible explanation for this. They found that RNA polymerase, a protein that binds to DNA and then makes RNA, sheds DNA faster in aged liver cells than in young cells. This reduced stability means that despite the increased accessibility of the DNA, no more net RNA is produced and thus the balance within the cell is maintained.

“We think we have discovered a new pathway in cells that compensates for age-related epigenetic changes. This could be one reason for liver longevity. Whether a similar mechanism counteracts epigenetic changes in other tissues remains to be explored in the future. There, however, we also observe completely different epigenetic changes during aging,” says Tessarz.