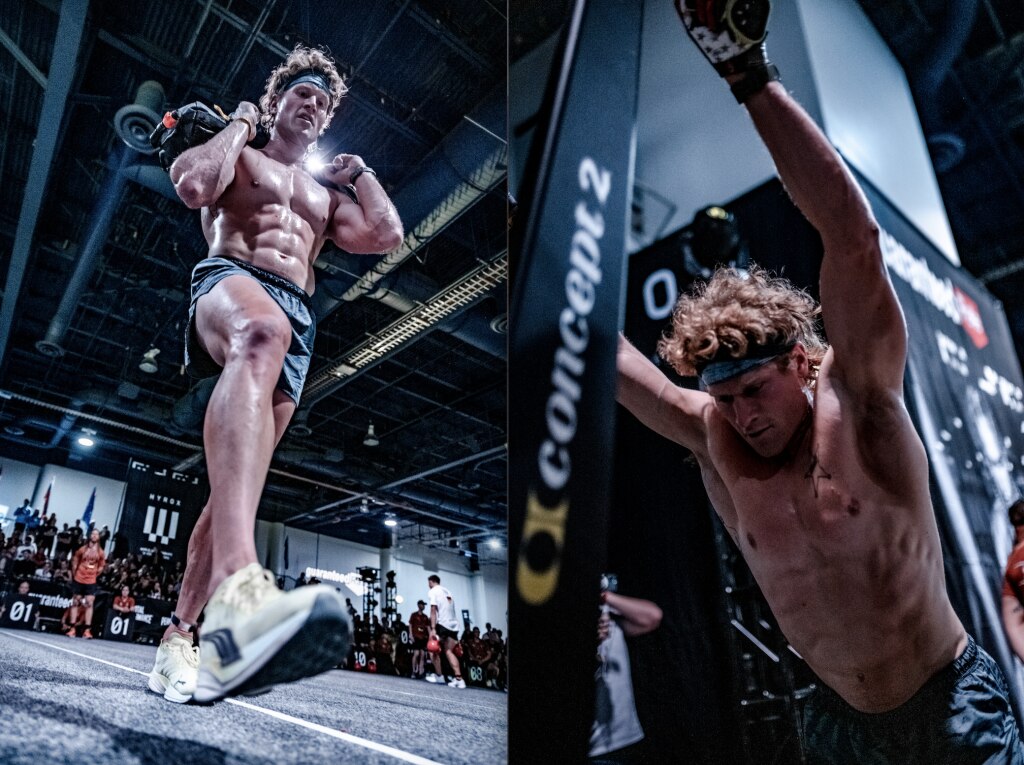 It actually sounds plausible: if you want to have abdominal muscles, you have to train them particularly intensively. But that is a common mistake. Hyrox world champion Hunter McIntyre barely does anything for his stomach and he still has a six pack. He explains why you can do without abdominal training.

Has it ever struck you that the most muscular and fit people are almost never seen doing abdominal exercises in the gym? And yet most of them have perfect abs. This is probably one of the best indications that abdominal training alone is not particularly effective. Hyrox World Champion Hunter McIntyre says so too. Because the American, according to his own statements, does not do any explicit abdominal training and continues to have an Adonis body. According to him, it depends on completely different factors.

What is really Hyrox?

American Hunter McIntyre is the current Hyrox World Champion. But what really is Hyrox? Hyrox is a relatively young sport that was launched in Germany in 2017. As in Crossfit, endurance is trained. However, Hyrox usually takes place as an event in large halls. Because the concept is as follows: All participants have to run 1000 meters eight times. After each running unit there is a so-called “Rox Zone” in which a strength endurance exercise must be completed. These are:

Also interesting: What is behind the HYROX fitness event?

Whoever completes all the races and exercises in a row in a kind of training circuit in the shortest time wins the event. Hunter McIntyre did this in 2021 in 57:34 minutes, that’s a world record! He won the title again that year, but this time in a time of 58:05 minutes.

Hunter McIntyre is rightly regarded as a world-class athlete whose training advice is worth taking to heart. Speaking to Insider, he said you don’t necessarily have to spend hours doing abdominal exercises like sit-ups, sit-ups, or planks to get a six-pack. Although he himself has a well-trained stomach, he says that he doesn’t do anything specifically for it. Instead, he focuses more on his back and glutes for more stability during competition.

Get a six pack with strength training, a healthy diet, and plenty of exercise

According to McIntyre, the combination of hard strength training with a healthy diet and regular exercise is more likely to achieve a six pack. First of all, it is important to have a low percentage of body fat. This is the only way the abdominal muscles are visible. To achieve this, you have to eat healthy and mindful of calories. And so McIntyre reiterates the true principle to the insider: “If you want to see your abs, you have to do it in the kitchen.” Body fat can only be burned with a slight calorie deficit, that is, a lower calorie intake than actual consumption.

Also interesting: What do you have to do to get a six-pack?

It also calls for always giving everything during training. “I don’t want to scare you, but train with a goal in mind, lift weights that challenge you and run faster than you’d like on the treadmill,” said the Hyrox world champion. The six pack then casually arrives as a result of hard work.

But the work isn’t done by lifting heavy weights in the gym and then resting all day. Only when you move a lot in everyday life and stay active throughout the day, do you really increase fat burning. That’s why McIntyre recommends doing a lot of walking rather than sitting in a car or other transportation to get from A to B.

If you don’t have a gym nearby or don’t want to go there, you can keep fit in other ways. So you can carry some weight in a backpack and ideally go up and down a hill with it. Even gardening or push-ups and sit-ups in front of the TV keep you fit. “As long as you’re moving, you’re on the right track,” says Hunter McIntyre.

Also interesting: Fitness icon Mark Lauren: »If you want to get stronger, you have to do one thing above all else

From his own experience he knows how important it is to have a goal in mind and pursue it. He was a troubled teenager himself and had to learn this the hard way. According to the world class athlete, anyone who firmly pursues a specific performance goal in sport will get an attractive body as a side effect. You can also save yourself unwanted abdominal training, as McIntyre shows.