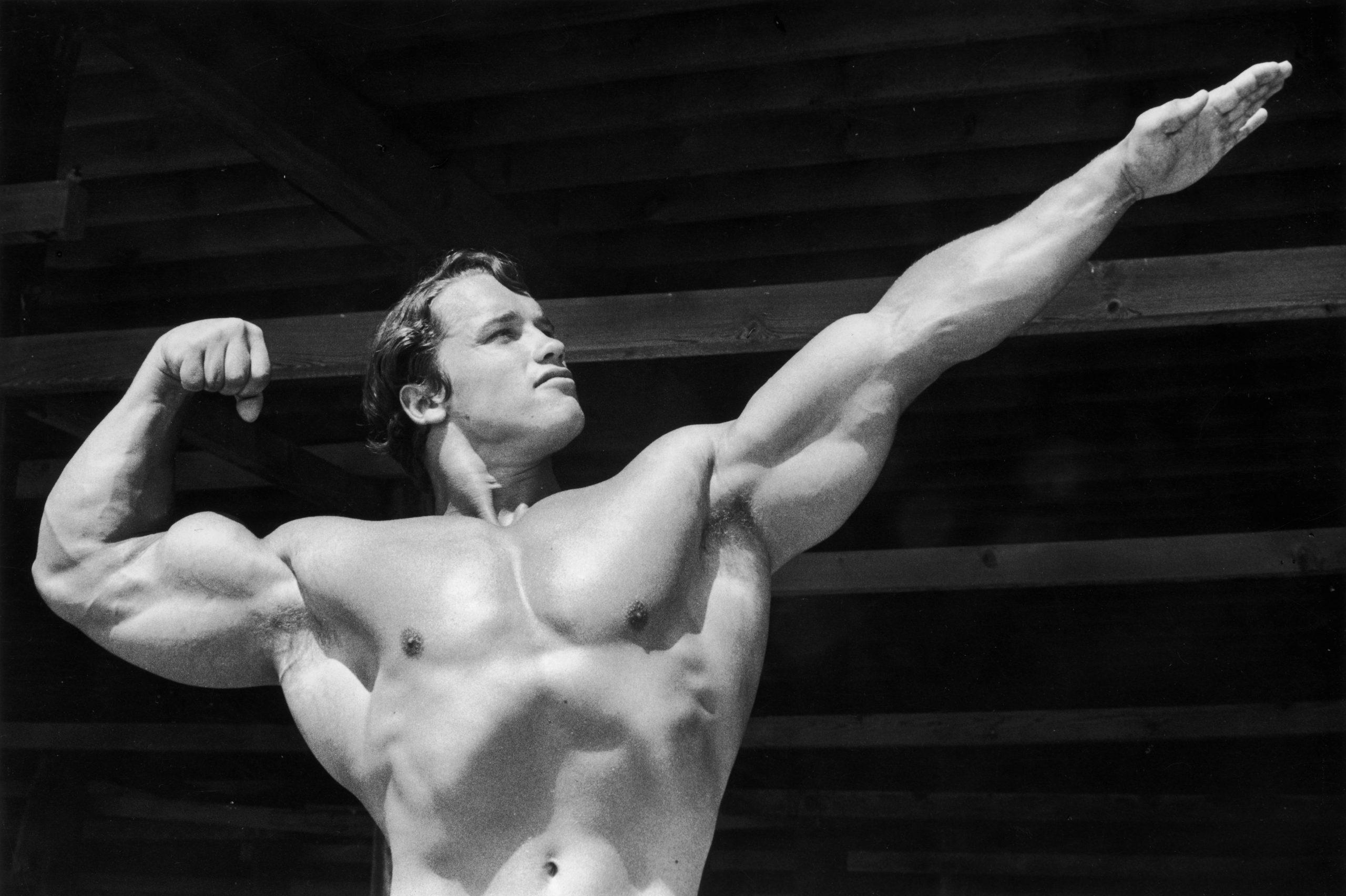 Arnold Schwarzenegger is still considered a bodybuilding icon to this day. An old video clip from the 1970s has now surfaced on the Internet. In it, you can not only admire Arnold in the best shape of him, but even then he gave a skinny moderator some good tips for being in shape.

Arnold Schwarzenegger, who is now 74 years old, is a role model for many fitness enthusiasts around the world. As a coach and motivator, he enjoys giving his fans advice on topics like fitness, health, and productivity. A funny video clip from the 70s is currently circulating on the Internet, in which Arnold Schwarzenegger demonstrates his talent as a coach at a very young age. In front of shimmering retro curtains, Arnie gives some fitness advice to a skinny host.

Arnold Schwarzenegger as human proof of what is physically possible

An old video clip with Arnold Schwarzenegger can currently be seen on the Reddit discussion platform. Apparently, this is a British TV show from the 1970s. In it, Arnold Schwarzenegger is presented as the human proof of what a physique can be achieved with strength training. At this point he is already the most successful bodybuilder of all time: five times Mister Universe and six times Mister Olympia. As a counterexample, the skinny moderator stands up and lets “Arnie” show him some physical exercises.

The first and main question of the presenter: “Can anyone have those muscles?”. To which Arnie replies, “I think anyone can build muscle like that, but it’s not in everyone’s interest.” Because according to him, most people lift weights to be healthy and fit. Only about five percent, like Arnold Schwarzenegger, went to the gym with the goal of winning bodybuilding competitions and becoming Mr. Universe. He already had this goal in mind when he was 15 years old.

Also interesting: Arnold Schwarzenegger reveals why he no longer trains with free weights

The moderator wants to hear from Arnie why he set this lofty goal for himself as a teenager. Was she teased or bullied? “No, I just did it because I felt really good about it. I did it for football to get stronger legs. And then I fell in love with muscle training and how strong it made me,” Arnold Schwarzenegger replies. That’s where his dream was born. of becoming Mr. Universe. He also does a bit of publicity for his then film Pumping Iron, a 1977 docu-drama about bodybuilding. It is now a cult movie for fitness enthusiasts.

“Do not despise yourself”

The host then wants Arnie to show him some exercises, even though he sees himself as a basket case for muscle. Before Arnie grabs the dumbbells, he makes a surprising comment: “First of all, I want to congratulate you: you look very athletic and good looking. So don’t put yourself down.” What a gentleman, Arnie. In fact, that’s a comment you rarely hear these days. After all, everyone would like to be fitter and look better. This can lead to being constantly dissatisfied with yourself and put yourself down. Instead, you should accept yourself as you are, even if it does not correspond to your own ideal.

Also interesting: What does Arnold Schwarzenegger mean by his advice “sleep faster”?

The exercises shown by Arnold Schwarzenegger are considered absolute staples in the gym. All teenagers are probably familiar with them these days, but back in the 1970s, gyms weren’t mainstream.

In fact, these three simple exercises work the largest muscle groups. The only thing missing here would be a specific exercise for the back.

Also interesting: the crazy effect of three seconds of bicep curls per day on muscle strength

At the end, a short excerpt of how Arnie was preparing for his competitions back then is shown. Two hours of hard strength training in the morning and two hours at night. And every day in the three months leading up to a major competition. True to the motto: “No pain, no gain.” In English: “There is no success without pain.”