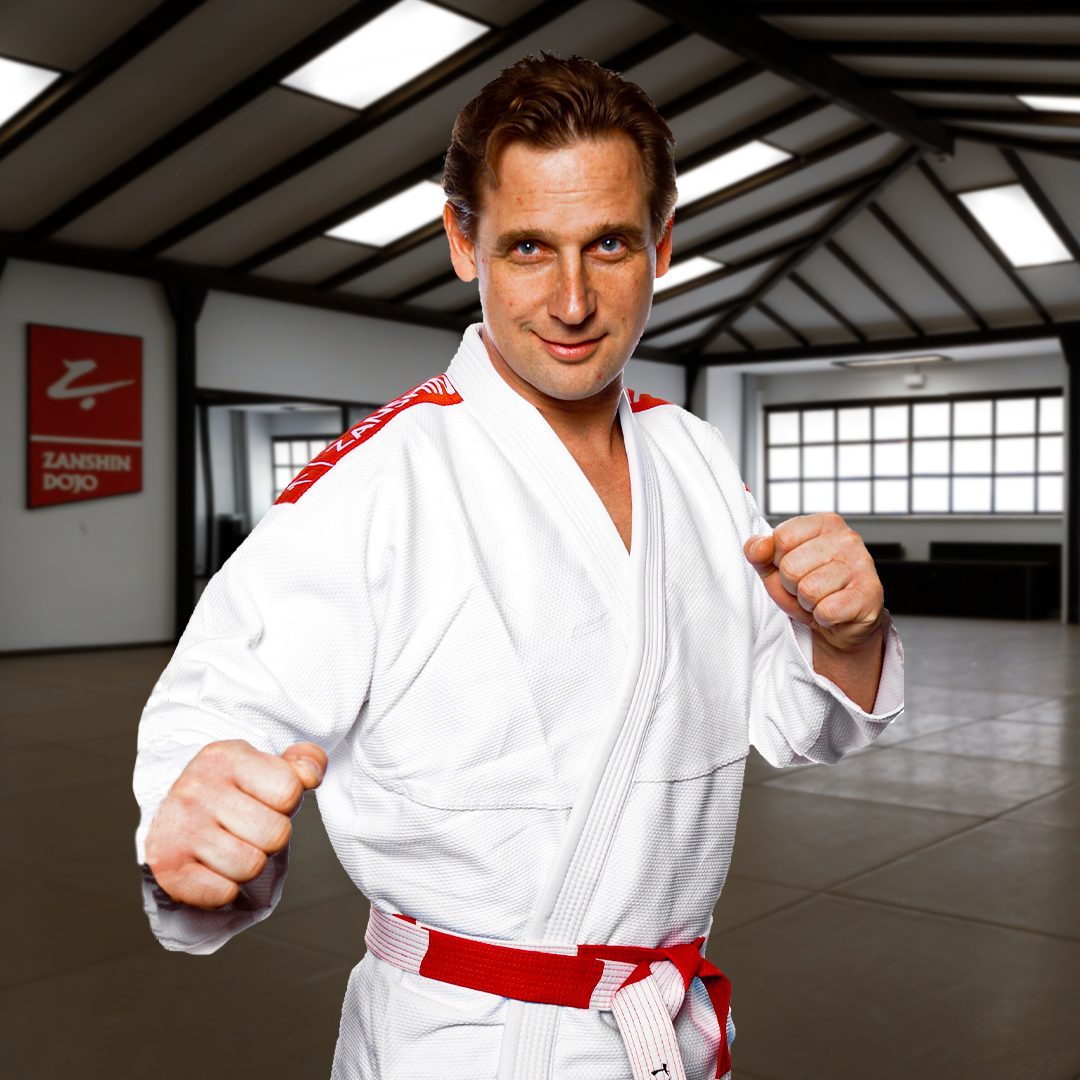 Whether Ju-Jutsu, Kickboxing or Krav Maga: Tim von Fintel is a professional in the field of martial arts. At the FITBOOK Beach Camp, he will prove that it’s not just about technique and speed, but also about fitness and fun.

The 48-year-old started judo as a child. Meanwhile he has specialized in different styles of martial arts. He is the founder and director of the Zanshin Dojo martial arts school in Hamburg. In an interview with FITBOOK, Tim von Fintel tells what course participants can expect from him at the FITBOOK Beach Camp in Crete and why martial arts are a must for all fitness fanatics.

Also interesting: How to find the right martial art for you

»Martial arts give you self-confidence

FITBOOK: How did you get into martial arts?
Tim von Fintel: “I took judo as a preparatory course in 5th grade at school and I thought it was good. Then I was allowed to enter a tournament and I won it right away, even though I had no idea. But apparently talent. That’s why I wanted to continue doing martial arts. I wanted to do karate because I wanted to defend myself. But my father didn’t want that because he was afraid that I would become a bully (laughs). Then I found a book about Ju-Jutsu at home. He said that the police would also be informed. So I chose Ju-Jutsu.”

What fascinated you so much about martial arts?
Tim von Fintel: “I realized I was really good at it. It suited me. It was interesting. Being able to defend yourself in an emergency was absolutely important in the parts of Hamburg where I lived at the time. It also makes you feel more confident.”

“Nobody will get a black eye for that.

What courses will you offer at FITBOOK Beach Camp?
Tim von Fintel: “I will definitely offer physical boxing and physical kickboxing, injury-free boxing training for all participants. So a fun, tiring but doable boxing workout without getting a black eye. Self-defense training and Krav Maga are also being considered.”

What do you pay special attention to as a coach?
Tim von Fintel: “The FITBOOK Beach Camp brings together not only athletes from all possible areas, but also people who want to get back into sports or just want to go on an active vacation. A lot of tact is required. You can’t just walk out of the club with the standards, you have to adapt as a coach. It’s important that everyone feels in good hands. Everyone should have fun. You also have to make sure that the pairs are compatible. Otherwise, the balance of power won’t be right. If a group doesn’t it is harmonious, it is important to change partners regularly, also to get to know each other”.

Is fitness boxing for everyone?
Tim von Fintel: “Fitness boxing is a sport that puts a lot of pressure on the heart. The pulse quickens. Everything has to be in good health. If you have foot injuries, wrist problems, or back problems, you should also avoid this. Therefore, it is only health reasons that could prevent him from practicing physical boxing.”

»It’s all about fun, movement and motivation!«

Why is fitness boxing an effective workout?
Tim von Fintel: “Boxing and kickboxing are comparable to HIIT. The workout consists of elements where you go full throttle and then calm down again. You have two minutes of effort, during which you increase, and then another minute of rest. One holds the punching bag, the other punches it, and then they trade. So you have alternating peak loads and relaxation. This is an integral part of training. It’s not about performance, it’s about fun, movement and motivation. Perhaps the participants will also find new approaches to their training at home.”

What are you most looking forward to at FITBOOK Beach Camp?
Tim von Fintel: “What I look forward to the most is meeting all the different people. Especially after this stupid Corona time. It’s important to me that people enjoy sports and social interaction.”

Also interesting: why boxing is the ideal stress killer

Where else will they find you at FITBOOK Beach Camp?
Tim von Fintel: “I like to be in a social group, no matter where. But I also like to ride a bike and enjoy the sun.”

What phrase do you not like to hear when you train?
Tim von Fintel: “Or: ‘The technology doesn’t work at all!’ Or, ‘What if he does that?’”

Do you have a fitness motto?
Tim von Fintel: “In sports, I like to do things that I especially enjoy first, so that I can motivate myself. And then the gaps that I still have to close. For me it is relaxation. Meditate, do yoga, that’s hard for me. That’s why my motto is: First of all, do what’s fun!