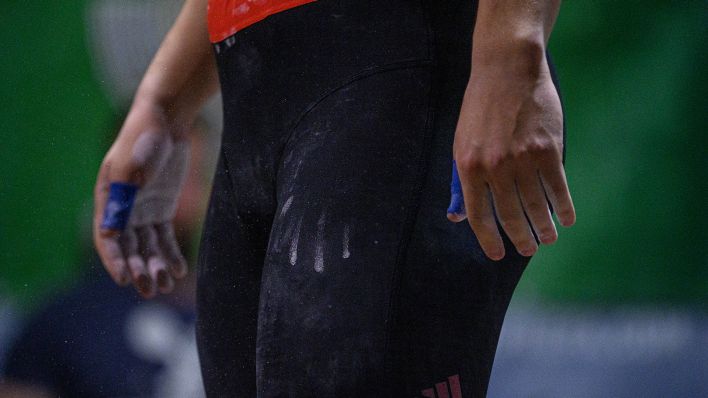 
Looking for the fittest person in Germany

The German Functional Fitness Championships kick off at Falkensee this weekend. In this emerging sport, athletes must demonstrate their versatility: it’s not just about strength. By Luke Witte

There are certain physical abilities that we all need in our daily movements. These include strength, endurance, speed, and dexterity. 14 years ago, US athletes came up with the idea of ​​testing all of these physical abilities in competition. The sport of functional fitness was born, which has now also reached Germany.

The German Functional Fitness Championships will be held for the second time this weekend. In the municipality of Falkensee (Havelland) a true all-around talent is sought. “We test athletes at the highest physical level and see what a person can do,” says Lazar Marjanovic. He is president of the German Federal Association for Functional Fitness (DBVFF).

Participants from three age groups must then go through six different test categories: endurance, strength, bodyweight exercises, dexterity, a mixed test and so-called power tests, which deal with explosiveness and energy. In all tests, athletes have to complete various exercises. This ranges from powerlifting to ergo cycling to handstand running. “We want to find the fittest person there is,” says Marjanovic.

The competitions are comparable to the Olympic decathlon and heptathlon. “Only the absolute power component is not really tested, like here,” adds the President.

The DBVFF has been in existence for about five years and now has 825 members. The competitive sports sector is constantly growing. However, the area of ​​hobbies and leisure is much broader. The main reason for this would be that functional fitness has a lot to do with general health and overlaps with other sports, says Marjanovic. “When I’m a footballer, endurance and athleticism are of course important. But I also benefit if I get stronger.” This is how people would find their way in the sport.

According to the president, he especially likes the fact that people from different directions, age groups and skill levels come together, can train together and form a community. “For example, if I load a bar with different weights, then everyone can do the same exercise together,” he says.

Today, the sport is mostly played in a commercial setting, for example in functional fitness studios or cross-fit boxes in fitness studios. There are only a few functional fitness clubs. The DBVFF wants to change that. “For us it is important that the sport goes from the commercial area to the club sector. It has to develop in this direction so that the sport can also grow”, says the president. The association is also trying to gain admission to the German Olympic Sports Confederation (DOSB).

A German is world champion.

However, there are already German successes to show for themselves. In the top field of the sport, which is dominated by Americans, a man from Hamburg came out on top last year. Moritz Fiebig was a member of the federal association from the beginning and became world champion in Sweden in 2021.

However, he will not be present at the German Championships in Falkensee. But other athletes have the possibility of qualifying for the federal squad. “We choose the German champions and other candidates who are recommended for international competitions and then nominate them,” says Marjanovic.

The World Cup in Mexico is coming up this year. There will also be a European championship for the first time, which will take place in Italy. The best athletes from the competition at Falkensee will also be there for Germany at the start.