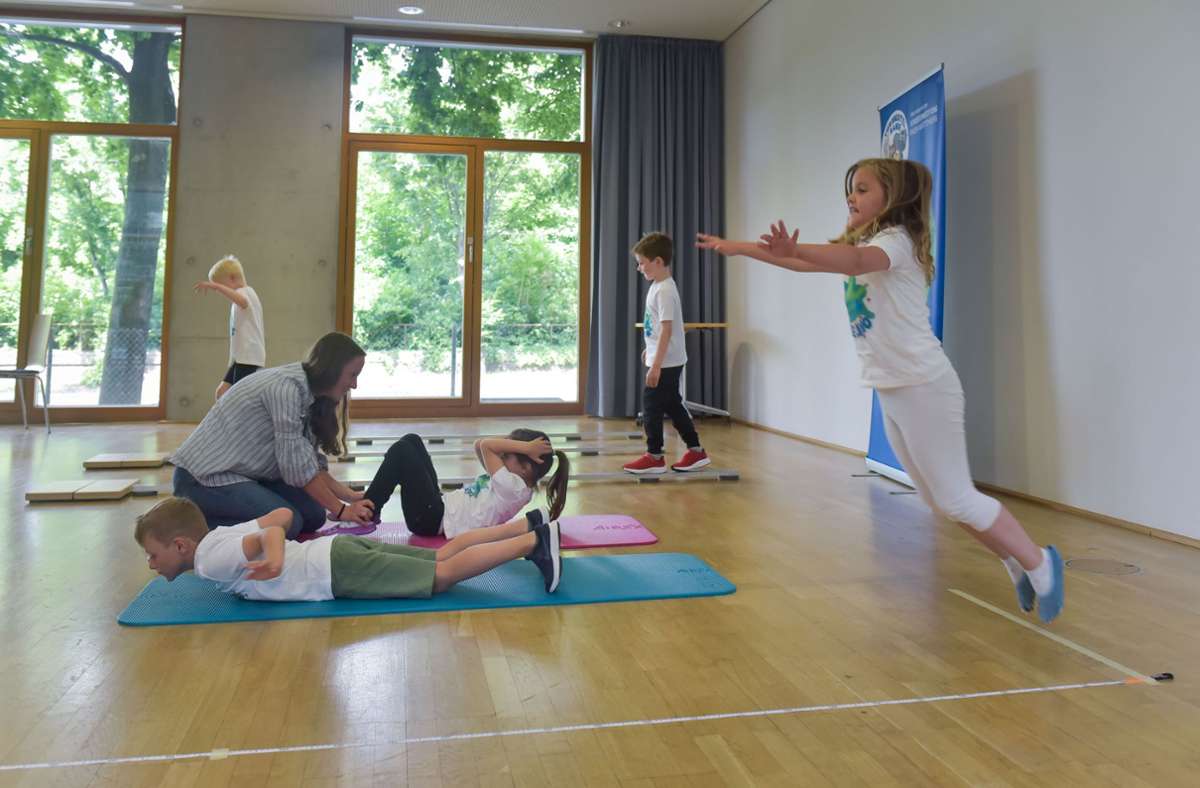 According to the Children’s Gymnastics Foundation’s Fitness Barometer, the fitness of children ages three to ten has declined during the pandemic. However, according to sports scientist Klaus Bös, children could make up for the deficits. He also appeals to the clubs.

Gyms closed, physical education classes cancelled: during the pandemic, children had to do without a lot of things. But how have the measures affected his physical condition? Negative on average in the short term. This is the result of the current fitness barometer of the Baden-Württemberg Children’s Gymnastics Foundation, which it presented in Stuttgart. For the years 2020 and 2021, the foundation claims a “drop” in the physical fitness of children aged three to ten years compared to the years 2012 to 2019. However, this is not as strong as feared, emphasizes the scientist sports Klaus Bös of the Karlsruhe Institute. of Technology evaluates the data for the Fundación de Gimnasia Infantil.

Read our offer: Children are fatter and less fit

The researchers took into account data from around 25,400 children for the annual barometer of physical fitness. All of them had passed the German Motor Skills Test. For example, they have to run 20 meters, balance backwards and jump as far as possible from a standing position. According to the assessment, the overall fitness value in 2021 fell by three percent compared to the value before the pandemic. The clearest declines were in speed (down 5.2 percent) and coordination (down 3.6 percent), and stamina also tended to deteriorate, according to Bös (down 1.9 percent). The boys’ mobility stayed the same, but their strength improved slightly (2.3 percent more). Bös explains the latter with digital offers in the pandemic. Sports clubs and teachers mainly offered exercises for muscle strengthening. The sports scientist emphasizes that kids could definitely catch up on setbacks. The data on the Corona years is just a snapshot. It will only be possible to see in a few years whether the pandemic will also have a long-term effect on children’s fitness. You are currently assuming “more of a dent” than an actual “sprain”.

In comparison, Stuttgart is “an oasis”

The good news: Boys and girls in the state are still in better shape than their peers at the national average, even at around seven percent. Compared to other big cities in Germany, Stuttgart is also an “oasis” and the sports department does “a lot” for the children. However, the sports scientist sees cause for concern, also in the context of the “obesity epidemic”. More and more children are overweight. However, basic fitness is fundamental to health. Bös appeals to sports clubs to reconsider their offer to him. These are not successful enough to retain children after primary school. Here there is demand for offers that remain attractive well into adulthood.