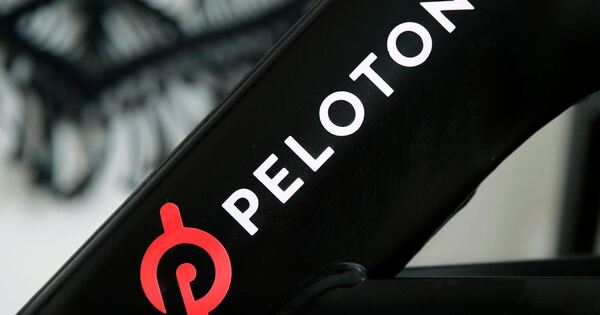 At the start of the pandemic, sporting goods specialist Peloton was still profiting from the closure of fitness studios: sales numbers are skyrocketing. However, a subsequent miscalculation plunged Peloton into crisis.

New York. Sporting goods specialist Peloton ended the last quarter in the midst of a large-scale restructuring with a loss of billions. The end result was a deficit of a good 1.24 billion dollars (1.24 billion euros), after being in the red from 313 million dollars the previous year. Sales fell in the fourth business quarter, which ended in June, by more than 28 percent to nearly $679 million, the New York company announced Thursday.

Peloton had benefited greatly from gym closures early in the pandemic. Sales of the New York company’s training bikes and treadmills soared, with some takers having to wait a long time for their equipment. However, Peloton did not interpret the boost as a special boom, but as the beginning of an era of growth and invested in expanding capacities up to the construction of a factory in the US.

Consequences of a serious calculation error

That turned out to be a serious miscalculation: With the lifting of corona restrictions, interest in the company’s devices waned again, Peloton had high inventories, and factory construction in the US was canceled again. In July, Peloton decided to outsource production of the device entirely to a contract manufacturer. About a third of the $1.2 billion operating loss is due to conversion measures, company boss Barry McCarthy wrote.

The former chief financial officer of Spotify and Netflix admitted in the letter to shareholders that the numbers could be interpreted as threatening if attitude were negative. “But what I’m seeing is significant progress on our comeback and the long-term resiliency of Peloton.”

McCarthy also told shareholders a story from his youth working on a freighter. One night he was awakened by an alarm and saw the captain swerve the huge ship to save two men from the water. “Peloton is like this cargo ship.” The alarm had sounded and everyone was at their posts. Investors lowered the shares more than 15 percent in premarket trading.