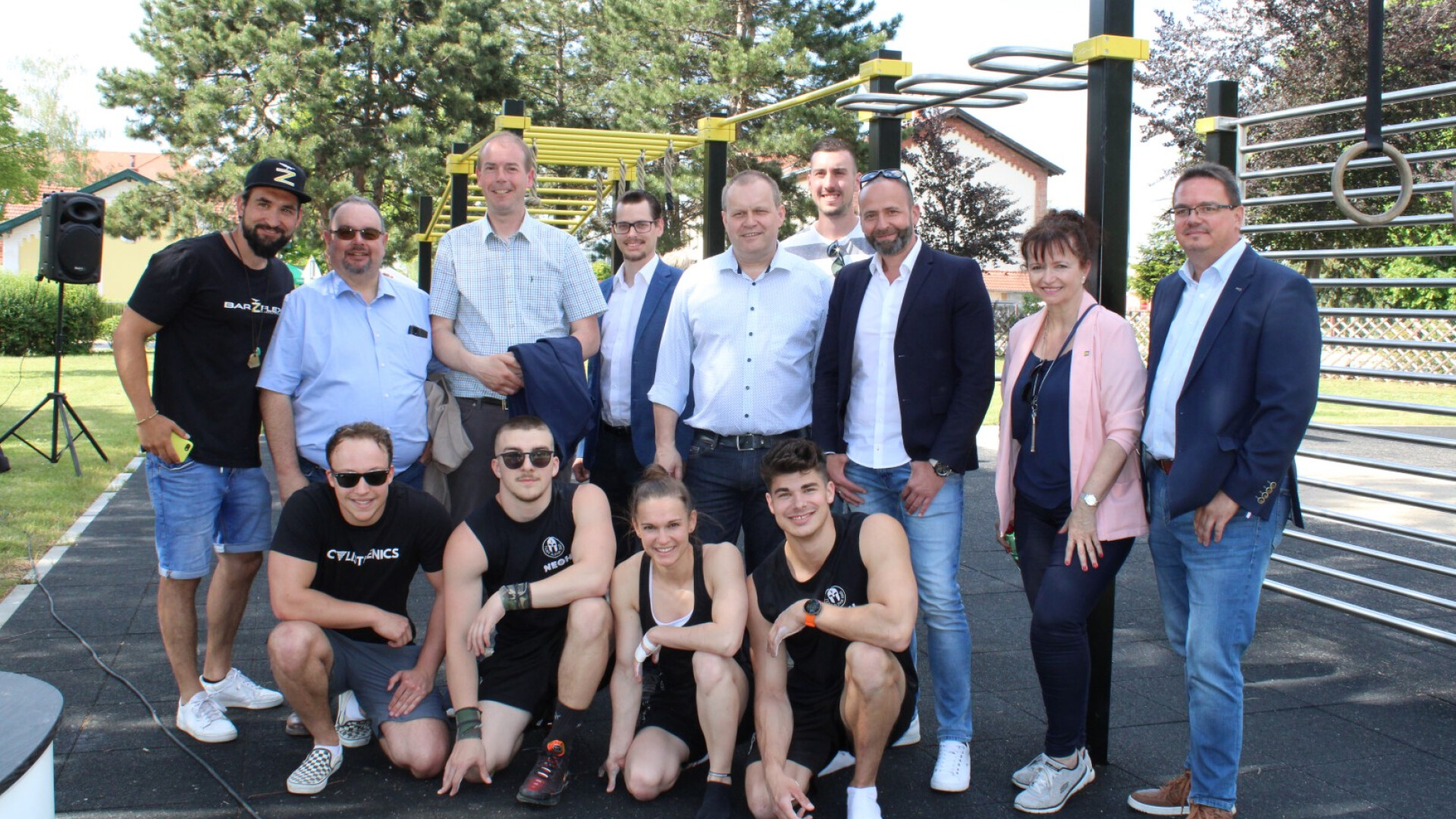 A family arrives with the picnic blanket and dragonflies buzz over the surface of the pond. But what attracts children and their parents most are the eleven stations of the Motorikarena in the middle of the green Neustadt: swing on the oscillating star or let the punching bag dance.

The Motorikarena officially opened on Sunday, but has been heavily used since December. Mayor Brigitte Ribisch is very happy when she sees how busy she is when she passes by. The municipality has invested 160,000 euros and the project is financed by the federal and state governments. “It was a big investment that we made, but it was very important for us,” explains Ribisch.

“We thought about what else could be done with the park,” he explains. “Another meeting area has been created here,” adds Deputy Mayor Georg Eigner. And physical fitness is practically tested in passing. “He wouldn’t hurt me once in a while, either,” laughs Eigner.

A training that is not perceived as training

The Motorikarena is actually designed for each generation. “The basic idea is to give people more pleasure in exercising or to enable them to do it again,” explains Thomas Birnleiter (Motorik-Fun GmbH), who implemented the project with the construction yard with Lukas Penz (Spiel Sport Motorik GmbH). The city councilor, Roman Frühberger, was responsible for the overall coordination of the project.

It’s a free, low-threshold training ground, but it doesn’t feel like one. “And I can still have sore muscles the next day,” smiles Birnleiter.

A little later, the more physically demanding calisthenics facility was created in September at Goby Park (or Hartmann Park). There it is possible to train with your own weight, and the “Alpha Bar” team showed what muscles can do. “The young lady is already lubricating her joints,” Ribisch smiles as she watches her warm up.

The human flag was the most impressive: you hold on to a vertical pole with your hands and bring your body to a horizontal plane. There you can also train push-ups or pull-ups.

The design of public green spaces will continue in Laa: “The parks will become living rooms,” explains Ribisch. “If you have a good idea, come to us and tell us what’s missing.”