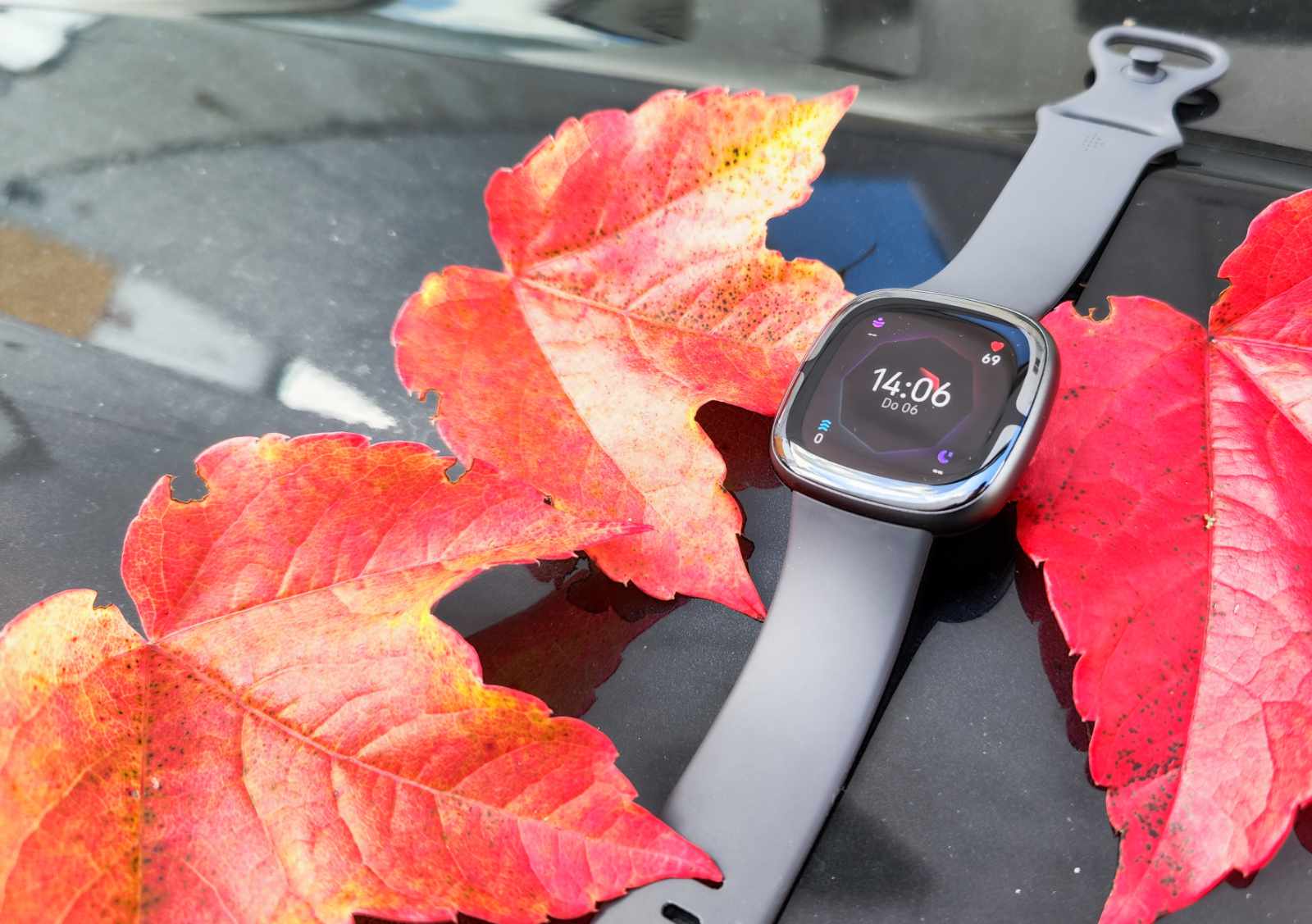 When I tried the first Fitbit Sense in 2020, I had to point out a number of pros and cons. For example, I really liked the design and workmanship, but I had problems with the application. Also, location detection turned out to be extremely unreliable in my case. The Fitbit Sense 2 has already been released and I was able to test it for a few weeks. In fact, the manufacturer has removed some of my biggest criticisms of the previous model. Unfortunately, new quirks have also been added.

Basically, the Fitbit Sense 2 is also a fitness smartwatch with a proprietary operating system and similar features and specifications to the previous model.

You can currently make NFC payments with Fitbit Sense 2, but only through Fitbit Pay. Support for Google Wallet will only be provided later through an update. The same also applies to Google Maps. It is curious that you can use Amazon Alexa in combination with the smart watch, but not the Google Assistant. If you consider that Fitbit belongs to Google, this is very surprising.

Equipment and processing of the Fitbit Sense 2

If you look at the Fitbit Sense 2, it is very similar in design to the previous model. In addition, an angular AMOLED screen with a diagonal of 1.58 inches and the same resolution (336 x 336 pixels) is used. The aluminum case is still excellently processed.

Thankfully, there’s one big improvement: Fitbit has gotten rid of the capacitive button and replaced it with a “real” button. This significantly reduces incorrect operations, which were often encountered with the previous model. However, the button is still inside/towards the body. I would prefer it on the other hand, which could improve the service even more.

Fitbit claims a battery life of at least 6 days, which I can confirm. You can actually go much longer, but that very much depends on what you do with the smartwatch – GPS obviously has a noticeable impact on battery and those who also use stress monitoring, automatic sleep tracking, workout recognition, etc. they have to go with it to live a shorter term than someone who sticks to the bare minimum. The Sense 2 saves the daily total values ​​for the last 30 days and the heart rate values ​​in training mode every second, otherwise every five seconds.

The Fitbit Sense 2 strap is made of silicone. I was able to use the smartwatch just fine, but after a while my wrist itched when it was tight. Perhaps I’m particularly sensitive to that, since I don’t usually wear watches. By the way, Fitbit has completely redesigned the Sense 2’s menus, which I personally really like, but has also caused some owners of the previous model to get frustrated.

The headline tells you that the Fitbit Sense 2 is part upgrade and part downgrade compared to the previous model. Because the new model can no longer control Spotify or even the music playback of your connected smartphone. This is very irritating, because even cheap trackers like Xiaomi Smart Band 7 can do this. At the moment, one can only hope for an update. However, as of now, the feature is missing entirely.

I had problems with the notification function in combination with a Xiaomi 12 Pro. Although I had given the Fitbit app the necessary rights and checked several times, the notifications simply could not be displayed. Unfortunately, multiple reboots of the smartphone and complete uninstallation and reinstallation of the app did not change anything. The Fitbit app always told me that the notification service was not activated and that I should restart my smartphone, but this had no effect.

However, I put it to the test on another Android smartphone and then it worked. I don’t know if the problem is specific to my phone. Otherwise, syncing the Sense 2 with the app worked flawlessly.

Unfortunately, I couldn’t successfully set up the Bluetooth call function in the app: it requires a connection with “Rhea Calls”, which always failed, unfortunately also on my second device. The pairing request was always displayed correctly on the Phone/Sense 2 and could be answered, but the connection was never established. In general, the impression arises that the Fitbit Sense 2 still has a lot of bugs, what a pity! This is also surprising as, for example, fitness data and weather could be quickly and seamlessly synced.

My biggest criticism of the older model was the disastrous location detection: either the connection would not be established or the feature would drop every minute, making the older model’s feature basically unusable for me. Here I can give the thumbs up: During several cycling and jogging workouts, I only had a (brief) loss of connection. So Fitbit had it under control.

About the app: Olli already commented on it in his Versa 4 test: Yes, the Fitbit app is still overloaded, the functions are scattered. By the way, so far I haven’t been able to use the ECG function on the Sense 2; is marked as “not available”. Stress detection (continuous EDA acquisition or cEDA), on the other hand, works very well and reliably detects mood swings when I reflect on myself. The optical heart rate monitor also seems accurate, which can also be said about the counted steps. The recognition of the workouts was reliable: after about 500 m of running or walking, the Sense 2 recognizes this activity.

Fitbit Premium? Olli already criticized the subscription, I share his opinion. Get your hands off that, maybe Fitbit will learn not to ask users to pay so much after buying a product – Garmin or Polar handle that in a more customer-friendly way. I only found the extended analysis of sleep with Premium very interesting, the rest is at least expendable. But to be honest: mindfulness exercises, information on the daily form, a health report – you should be able to expect all of these as standard and not for a monthly surcharge.

Just as surprised that Fitbit integrated Wi-Fi into the Sense 2 according to the data sheet, but turned it off. This significantly lengthens the update process, which now has to rely on Bluetooth streaming, and is another downgrade compared to the previous model. The third-party apps from Spotify and Deezer are also missing, as I already mentioned. Overall, you get the feeling that Fitbit has taken a step back with the Sense 2 for every step forward.

The Fitbit Sense 2 is a curious product: some discounts have been made compared to the previous model. You can no longer control music playback, Google Assistant is missing, and Wi-Fi has also been removed. Also, there is no longer access to third-party apps and thus control of Spotify and Deezer. The annoying touch button has been removed and replaced with a “real” button. Also, location detection finally works reliably.

However, I did have issues with notifications and the Bluetooth call feature during the trial period. It’s hard to tell if this was due to my specific combination of hardware or if it’s a more common problem. At the moment, it remains uncertain when Google Wallet and Google Maps for Sense 2 will start. I’m also critical of the fact that Fitbit still wants to impose the expensive premium subscription on buyers of a smartwatch that costs almost 300 euros.

What’s left? The Fitbit Sense 2 is a beautifully designed wearable, but using it brought me a lot of pros and cons, albeit differently than the previous model. For example, the new cEDA feature is great and works well, but with no way to control music playback, the Sense 2 feels dated at the moment. I wish the company that the current complaints can be corrected with updates. At the moment it would still be difficult for me to recommend the Sense 2 due to the shortcomings mentioned in the test.

This article contains affiliate links, so we are marking it as advertising. Clicking on it will take you directly to the provider. If you decide to make a purchase there, we will receive a small commission. Nothing changes in the price for you. Thanks for your support!