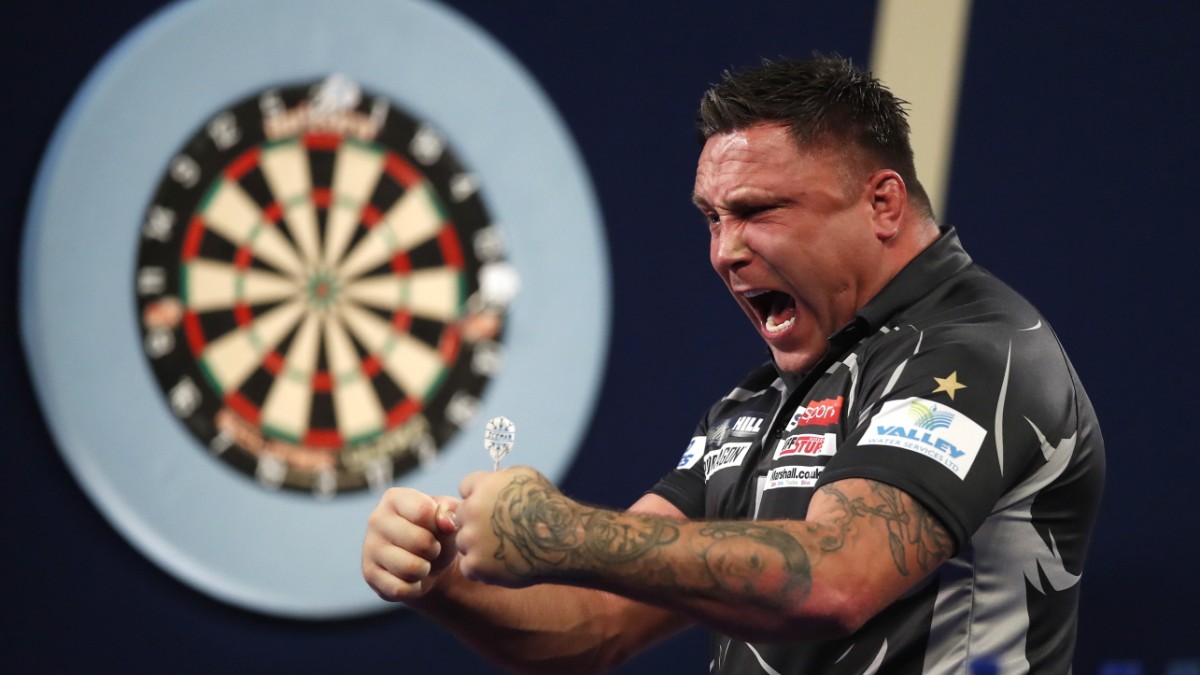 Imagine a 420 pound bearded giant, adorned with many tattoos and a professional pub owner. Andy Fordham was just that, winning the 2004 British Darts Organization World Championship. “Drinking is just part of darts,” the Englishman nicknamed “the Viking” once revealed. Fordham drank copious amounts of beer before his performances. These days are long gone on the professional circuit, and darts too has lost its image as a pub sport. However, many active people still don’t look like well-trained athletes.

However, a new generation of players is developing, in which both physical awareness and psychological-sports foresight are increasing. They care about drawing every last reserve of their own performance potential.

Sports psychologist and scientist Thomas Ritthaler sees logic in this change, especially in a sport with a mental focus. “Concentration is a physical resource that needs energy,” says Ritthaler, who works with biathletes and professional golfers, among others. “I just have a pot of energy and bad food, the strain of travel and of course competitions cost energy.” There are ways and means to replenish the deficit: “Your sleep pattern, eating habits and your own level of fitness are factors that restore energy,” says Ritthaler. Also in darts.

World number two Gerwyn Price, 37, from Cardiff, is an example of heightened physical awareness. He is currently taking on the best players from the PDC professional association at Blackpool’s World Matchplay. After the World Cup, it is the oldest tournament on the tour and comes with prize money of around €230,000. In the Winter Gardens Ballroom, Price defeated England’s Dave Chisnall 11:8 in the round of 16 on Wednesday. During the game, as usual, he showed off his muscles with successful shots until he tightened the shirt.

Price had an early career as a rugby player. Although he gave up his career in the Welsh top league with a hand injury, he still retains his well-toned physique. “I go to the gym regularly to work on myself,” says Price. He claims the support of a personal trainer.

For Daniel Memmert, director of the Institute for Training Sciences and Sports Informatics at the Cologne University of Sport, there is practically no alternative. A darts player’s muscles don’t have to be as strong as they should be, but “they need to work reliably over a period of time,” says Memmert: “Strength and endurance training pays off.”

Another component plays in it: the psyche. “When you’re physically fit, you’re also mentally strong,” explains Price, famous for his nervous coldness. Psychologist Ritthaler agrees that this path is plausible: “Better fitness helps to better manage the shift between individual attention spans.” Anyway, maximum focus can only be maintained for 20 seconds.

This can also be improved: through cognitive training. It’s crucial “that one be able to create a small window of attention over and over again,” confirms Memmert. As part of a study under the aspect of hand-eye coordination, she examined more than 35,000 throws in a world darts championship. This is also relevant in other sports: The Bundesliga soccer team Werder Bremen works with a special cognitive coach who recently received his doctorate from Memmert.

The usual bistro menu in pubs is not really a nutritional guide.

Proper diet is also now becoming more important: the bistro menu that is common in pubs doesn’t really define the style. Luke Humphries, 27, ranked 12th on the world darts list, is a case in point. Although the Englishman was proclaimed Junior World Champion, the last trick was missing to enter the world elite of the adult sector. Last spring he lost forty pounds in two months.

“If you lose a few kilos and do endurance sports, the oxygen supply to the entire musculature increases. This means that you can handle high loads better and you can also cope better with mental stress,” says Claudia Osterkamp-Baerens, nutritionist. that she has worked with sports shooters. This sport is also about precise hitting over a longer period of time.

Eating behavior is particularly important during tournament weeks, says Osterkamp-Baerens, who is a member of the sports nutrition working group at the German Olympic Sports Confederation, of which the German Darts Association (DDV) has been a member since 2010. Osterkamp-Baerens recommends a breakfast with 70 to 100 grams of carbohydrates, “they are the most important fuel for the brain and nerve cells, which are especially challenged in concentration sports.”

Some viewers may lament this: First, darts, the old bar show, is subject to the 0.0 per thousand rules of organized sport. And now sports scientists are moving on and forming nothing more than interchangeable model athletes? But also on the German scene people are already rethinking. Bundesliga darts player Lukas Wenig, 27, from Karlsruher SC describes himself as a “part-time strength athlete”. He noted that he needed it to “feel more comfortable with darts”. This is also an observation supported by sports scientist Ritthaler: In addition to the “objective values”, there is also the feeling: “And if I feel good, that’s not esoteric, then that helps me immensely,” he says.

Ultimately, only hits on the target count. And the wisdom of the universal athlete says: If you’re right, you’re right.