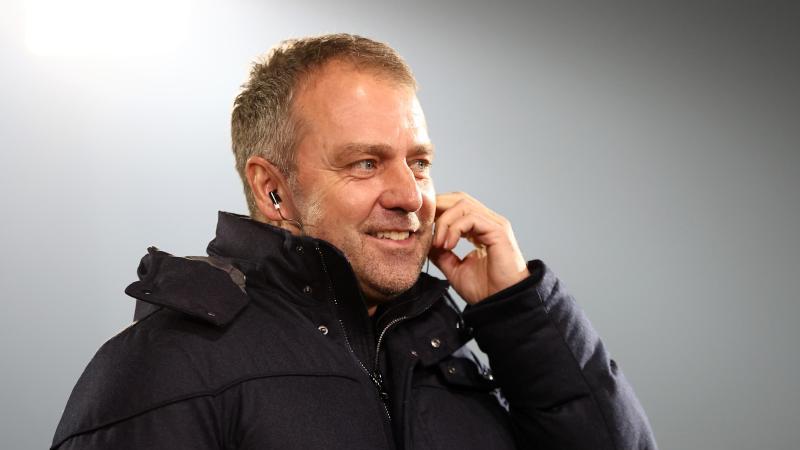 Reacting to the lack of fitness of planned World Cup greats like Leon Goretzka, Marco Reus and Robin Gosens, the national coach surprised on Friday when he nominated his first team for 2022.

As well as surprise Mainz man Anton Stach, Flick brought Julian Weigl, Benjamin Henrichs and Robin Koch back to the national football team after several years off. Rio’s world champion Julian Draxler may also audition for his World Cup opportunity despite being a reserve player at Paris Saint-Germain.

“We wanted to try and get the best players with us. Now some are out so we’re taking the opportunity to see one or the other,” Flick said, explaining his selection for the first international test game against Israel in March. 26 in Sinsheim and the following classic three days later against the respected Netherlands in Amsterdam. “It’s trial and error on one side,” Flick said. But of course you want to “take it seriously and win both games.”

For Flick, the countdown to the start of the World Cup on November 21 is on. There are only eight months left for the preparation. “Basically, we want to get used to it, put the automatisms on,” the 57-year-old said. But he also wants to “find a mix of trying things and getting used to them”, emphasized the DFB coach, who has always emerged victorious in his seven matches.

The demands on national players remain high. In the coming months, he expects “a development to take place,” Flick plainly postulated. They will also be checked and any shortfalls will be clearly addressed. But the message has already been received, Flick felt the comments in many conversations in recent weeks. “I feel like everyone wants to be there, everyone wants to be part of the team.”

For Flick, the condition to be nominated for the first international double was to be able to play both games. Right back Lukas Klostermann, who should continue to build substance at Leipzig, also fell into this claim grid. At the World Cup, the greatest readiness to act every four days will be required, Flick made clear.

“If we want to be successful in Qatar, the prerequisite is that all the players are in top form, that’s the approach we set,” Flick said. Therefore, convalescents should prefer to work on their return in their clubs.

BVB defender Mats Hummels, who recently fell ill with Corona, is still not in the team, with whom the national team coach discussed the situation again in a phone call. The prospect of the World Cup is slim for the former world champion.

Since Reus, Julian Brandt, Mahmoud Dahoud and Emre Can were also not considered, this time no Borussia Dortmund player is included in the DFB selection. It was a coincidence and not dislike for the second in the Bundesliga, Flick assured. The bulk of the 26-man squad consists of six FC Bayern Munich players around captain Manuel Neuer and the Chelsea trio Kai Havertz, Antonio Rüdiger and Timo Werner.

Süle is absent with a torn muscle fiber, Florian Wirtz suffered a torn cruciate ligament on Sunday and is even threatening to miss the World Cup in late autumn. Ailing striker Karim Adeyemi of Red Bull Salzburg may not be available for the start of the year, as Flick reported on Friday.

Freiburg central defender Nico Schlotterbeck, who has been nominated several times recently, was guaranteed a debut. “He will definitely play his first game, that’s in the planning stage,” Flick said.

Newcomer Stach is happy about the nomination

The coach also described the appointment of the European Under-21 champion Stach as a “surprise for everyone”. “We want to see what potential he offers us,” Flick said of the midfielder. Stach himself reported that he was so excited and happy after the nomination that he had “taken the wrong turn twice” while he was driving.

The returnees Weigl (last international match 2017), Henrichs (2020) and Koch (2021) return to the charge with the national team. Flick emphasized that they recently impressed at their clubs Benfica Lisboa, RB Leipzig and Leeds United.