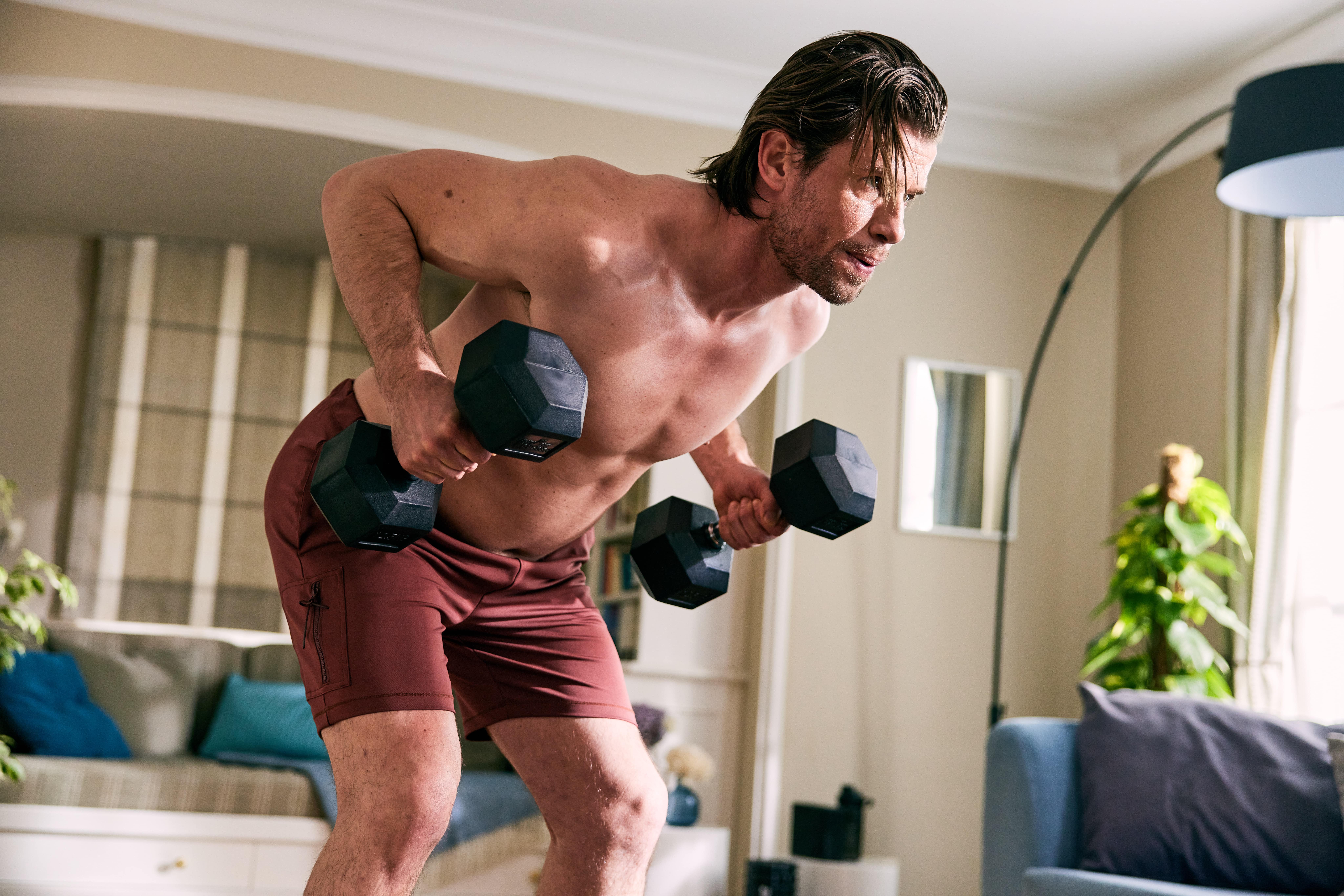 The Munich startup was one of the big beneficiaries of the corona lockdowns. Now Freeletics feels compelled to make major adjustments to the strategist.

Freeletics is all about speed. A few years ago, the fitness app inspired recreational athletes with a new approach to their training: near-endless repetitions of strength exercises like sit-ups, squats, and push-ups in virtual competition, without equipment. Throughout Germany, most young men were jumping and panting in parks, soccer fields, and even playgrounds.

But now the app has lost its momentum. Innovations are also slow in coming: the long-announced “Staedium” smart dumbbell set, for example, is not yet on the market. Freeletics wants to deliver the set to the first customers by the end of the year at the latest, almost nine months later than originally planned. Also, the hardware is significantly less demanding than initially anticipated.

The new offering is important for the startup to keep up with the competition. In 2018, the three Munich founders sold their app five years after its launch to a number of US sports investors, including former Nike executives and financiers behind legendary sports teams like the San Francisco 49ers. According to Crunchbase, a total of ten different funders invested $70 million in the company to, among other things, fuel expansion in the US.

However, it became quieter in the German home market for Freeletics, while another type of home training flourished at the latest with the first corona lockdowns. The American manufacturer Peloton swept first in the salon and then in the stock market. Connected sports teams seemed to be the future of the sports industry.

German startup Vaha, for example, has not only won over national goalkeeper Manuel Neuer as an investor for an interactive sports mirror, but also venture capitalists. Investors criticized the old generation of fitness apps: Without their own sports equipment, according to the theory, customers only kept app subscriptions for a short time, too short for a highly profitable business.

Freeletics did the same thing late, but nonetheless. A year ago, the Munich-based company announced its own sports equipment that aims to bind users for the long term. Under the new Staedium brand, they wanted to market a weight bench with two dumbbells, an exercise mat and, most importantly, a console. A camera must use artificial intelligence (AI) to monitor recreational athletes like a personal trainer and recognize incorrect training.

The promise: Connected to the television at home, training would become a kind of video game with the opportunity to compete against other players online. By the way, that should clear up the main criticism of Freeletics: because the classic Freeletics app doesn’t use weights, advanced athletes in particular often have to do hundreds of exercises in a row.

And that’s pretty boring in the long run. In internal surveys, 80 percent of users reported getting bored during strength training. The fluctuation is correspondingly high.

Now Freeletics is behind Staedium and therefore perhaps too late in the market for esports equipment. In any case, the hype surrounding Peloton disappeared as suddenly as it emerged with the end of the global corona measures. The US company is cutting locations and the stock has lost two-thirds of its value since the beginning of the year. Classic fitness studios, on the other hand, are making a comeback after the pandemic.

Freeletics justifies the delay with the fact that it has scaled back its plans. The company dispenses with the high-tech console with the smart camera. Apart from the two dumbbells and the gym mat, Freeletics now only ships a smartphone holder that can be connected to a TV.

Apple iPhones and some high-end Samsung models are supported, meaning comparatively expensive devices whose computing power enables image recognition via AI and which have a video output. “Staedium” has been reduced to a mobile phone application that uses the device’s camera to recognize marks on the adjustable dumbbells and thus allows games to be played on television.

Freeletics adapts its concept to inflation

Freeletics is thus adapting the system twice to the current crisis. On the one hand, the Munich-based company is refraining from a new round of financing for its company, which was actually supposed to give Staedium additional fuel. With the sharply declining valuations of competitors like Peloton, a new funding round would have been costly for existing investors:

They would have had to give up a large portion of their shares to raise fresh money. And they just weren’t ready for it. The company has also optimized its marketing with online tools in such a way that it can achieve 50 percent more growth with the same budget. Therefore, fresh money is no longer needed.

On the other hand, by dispensing with high-tech components, Staedium is also significantly cheaper for customers. For the originally planned 2,450 euros alone for the starter package, it would probably be very difficult, especially in times of inflation, to convince enough customers of the rather young target group.

Now the set of dumbbells, which can be adjusted between four and 24 kilograms, will cost 795 euros. This is still within the price range of comparable adjustable dumbbells without app gimmicks. However, there is a €30 monthly fee to pay for the app, which is the same as the monthly costs of a fully equipped discount gym, and is three times more expensive than Apple’s Fitness+ app for TVs and smartwatches.

Freeletics co-founder Daniel Sobhani defends the decision to go without the console: “It has so many advantages, such as lower costs and therefore a significant price reduction, better usability, easier shipping and less dependency on chains. international supply companies, which we decided to go for, you have to accept the associated later delivery date in favor of an even better offer.”

The Freeletics boss hopes to fill a supposed gap in the fitness market just in time for the Christmas sales: so far there have been home resistance training offerings, such as network fitness bikes or gym games like for the Nintendo Wii console. , but without the mix of strength training and video games.

At the same time, the classic Freeletics app should be neater and easier to use. After the planned financing round was abandoned, this core business would have to become profitable “soon”, according to reports from Munich. Therefore, the application must remain attractive. For several years, it has also included barbell exercises, that is, it competes with the new strength training offer with weights.

The most recently published business figures for Freeletics are from 2020. According to the Federal Gazette, the company had a turnover of 37 million euros with 169 employees, ten million euros more than the previous year. The end result is that the loss in the period decreased by 1.6 million to 9.8 million euros. At the time, networked sports equipment was not envisioned as a sales driver, but rather as an increase in sportswear sales.

This article first appeared on welt.de.