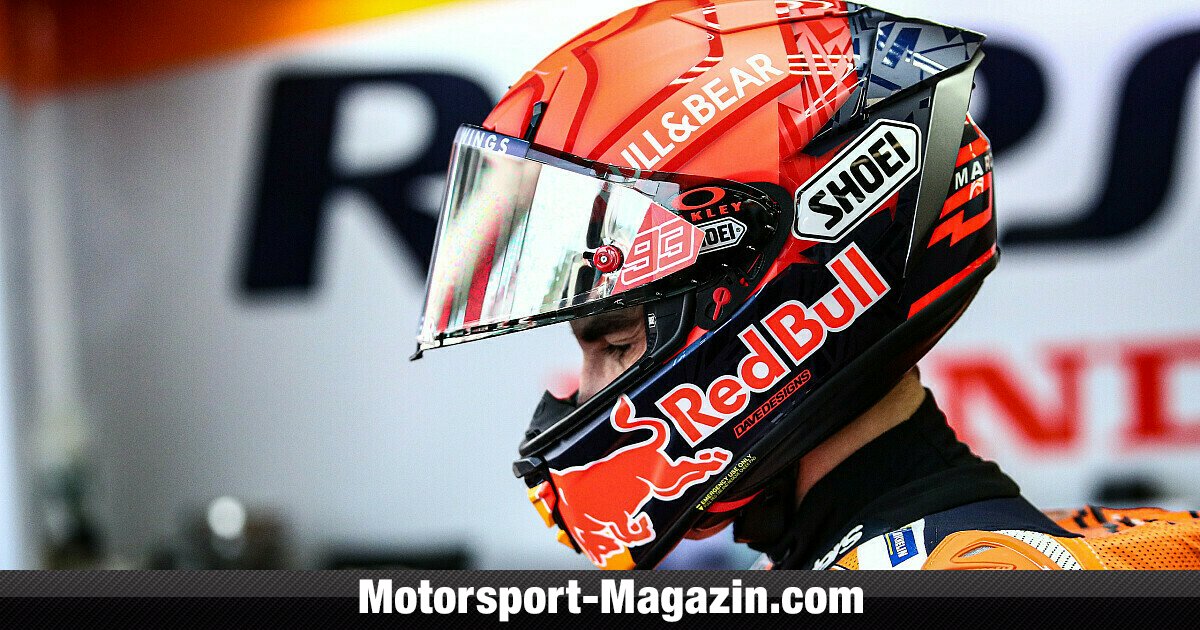 After two days of testing on a 600cc production bike this week, Marc Márquez feels ready to return to MotoGP. He traveled from Madrid to Misano on Friday night, where he was already seen in the Honda pits as an observer on Saturday. On Tuesday he will make his comeback on the MotoGP bike during the official tests in Misano.

“I will try here on Tuesday,” he revealed at a press conference on Saturday night in Misano. “Then we will see how I feel and I will make a decision for Wednesday. My humerus is completely healed and the doctors have told me that it is safe for me to ride a motorcycle, but my back may hurt again. Muscles or ligaments appear.” That cannot be estimated.”

Márquez preparing for his comeback in the gym, photo: HRC

Marquez definitely lowers expectations. He is still far from being in top form, explains the Repsol Honda rider: “I still can’t ride the way I want. The rehabilitation is going well, but I need time. I’ve only been able to train in the last week and a half. Really increasing the gym. So first I need to build muscle. Also, for the last year and a half I have been living and riding with my upper arm twisted 34 degrees, so there are certain movements that I need to really relearn, both in daily life and on the Moto “I still feel some tension in my muscles, which is not good. The doctors have told me that I may not take the last step until the winter. I am now at an acceptable level. riding a motorcycle. I am but not yet where I want to be. I still have a long way to go.”

Before his recent surgery, Marquez complained of not being able to position himself on the bike. The deformity in his upper right arm blocked it too much. But these worries are not entirely a thing of the past: “I can get to these positions now, but not for long. My muscles are still too weak for that. On the motorcycle I will find out which muscles I still have to work on.” The doctors gave me the green light, but they also said I might have to take a break again.”

It seems conceivable that Márquez will return to racing in two weeks at Aragon. But this is not yet guaranteed. “I still don’t know if I will contest the race weekend in Aragon,” clarifies the MotoGP superstar. “After my first test on the bike, it was impossible to get back on the bike the next day. But two days later I was fine. I’ll only know where I really am when I’m back on the MotoGP bike.”

The Aragón Grand Prix marks the start of a triple header on the MotoGP calendar. The following two weekends, the races will take place in Japan and Thailand. A heavy program for a returnee. So would it be conceivable to take a break again after Aragon? “When I come back, I want to do all the races and not sit at home after a race,” says Marquez. “I invested a lot to be here for the test. This test is important for Honda, but even more important for me. It is much better to test the bike without pressure in a test than in a race weekend. Relax at what level I am and how my arm reacts to tension. Then I will know if I can ride in Aragon or not. You know me: if possible, I will ride. If not, then I have to. I’ll just wait. We have to think day by day.”