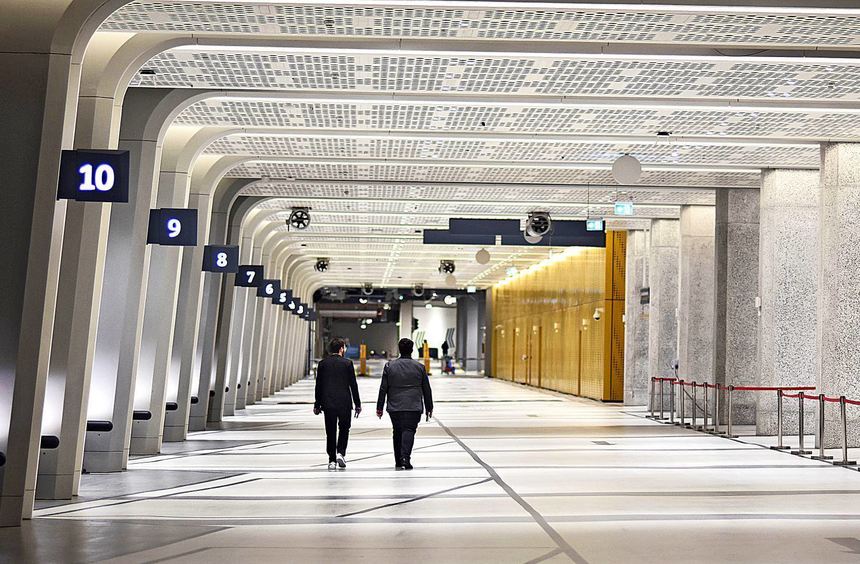 Turkey is back. In 2022, cruise ships should return to Istanbul, Bodrum or Izmir. The Italian shipping company Costa Crociere made the first big move. On May 1, the Genoese sent the “Costa Venezia”, one of their largest and most modern ships, to the Bosphorus. The new Galataport is the summer and winter homeport for the 5,200-bed ship.

The war in Syria, the Kurdish conflict, Islamist terror and the putsch with draconian reprisals against members of the opposition, the military and journalists have made Turkey disappear from cruise ship charts since 2016. In May 2022, the country will return to show up as before. Istanbul’s old town is packed with tourists, taxis honk their horns in traffic, and tour groups roam the gardens of Topkapi Palace.

Mediterranean With 2.9 million, the cruise port of Barcelona is the one with the most passengers, just ahead of Civitavecchia, near Rome, with 2.6 million. Palma de Mallorca (1.87 million), Marseille (1.85 million) and Naples with 1.5 million passengers follow in the other places. The numbers are from 2019 and should serve as a benchmark after the 2022 pandemic.

Istanbul Until 2015, Istanbul was also in the middle of the ranking of European ports with around 700,000 passengers. However, when it comes to investments, the Turks are now on top. The new terminals in Barcelona, ​​Hamburg and Southampton cost between €30 million and €70 million. With a total investment of 1,500 million euros, Galataport is the leading port project in Europe.

Trips From Istanbul there is a great variety of cheap offers. The cruise in the balcony cabin on the “Costa Venezia” is available with flight, insurance and drinks package starting at around 1500 euros per person (www.costakreuzfahrt.de). You can also book before and after programs in cooperation with the Turkish organizer Bentour (www.bentour.de). There are about a dozen hotels on offer here, price: 500 to 1000 euros per person per week. full board

Istanbul used the six-year hiatus to offer something to cruise tourists in particular. The new Galataport is now located on the Neustadt waterfront. A unique building in Europe. The old complex of halls of the state Turkish Sea Lines from the beginning of the last century was torn out. Only the old historic post office remained.

A Turkish construction consortium built the world’s first underground cruise terminal for around €1.5 billion. It goes down almost three floors. A bus station with 50 spaces, truck lanes and more than 4,500 parking spaces. In addition, modern rooms for passport and customs control, as well as a large passenger check-in. Provisions and passenger luggage are transported from the catacombs via hoists to the edge of the quay to the ship. In addition, floor hatches for water and ground connection.

“I am very happy to be back here in Istanbul after seven years. It is a first class infrastructure”, enthuses the captain Tihomir Muzic of the “Costa Venezia”. For his crew, the start in Turkey also marks the restart after two years of the pandemic.

The “Costa Venezia” was the first of two new ships for the Asian market in 2019. The new building in China was in use for only one season before Corona stopped all sailings. There will be no cruise ships there at the moment. “That’s why we’re driving here again,” says Muzic. In Turkey, the “Costa Venezia” is the largest cruise ship to have its base port there this summer. Every weekend, the 323-meter-long ship will moor at Karakoy Pier. “It is important that with this route we also spend the night here, like in Bodrum. This is also an innovation”, says Mario Zanetti, president of Costa Crociere. The “Venezia” is just the beginning. “We have more plans here. We believe that Turkey has great potential. A second ship is being prepared,” says Zanetti.

A lot has changed for the people of Istanbul with the Galataport. For the first time in 200 years, the Karaköy port complex at the exit of the Golden Horn is freely accessible. By relocating check-in below ground, people can stroll along the pier or sit in cafes and restaurants.

Galataport is the first cruise terminal in the world to dispense with the usual massive steel fences topped with barbed wire. Architects from the Istanbul Autoban office chose hydraulically retractable steel walls as a solution.

When the ship has sailed, the steel walls are hydraulically lowered and placed on the dock as floor covering. So they are part of the boardwalk.

Galataport will quadruple Istanbul’s cruise capacity. From the summer up to 15,000 passengers can be handled there with three large ships per day. In total, the port company expects around 1.5 million passengers a year. Before the pandemic and the crises, there were around 200 ships with around four million passengers per year in Istanbul.