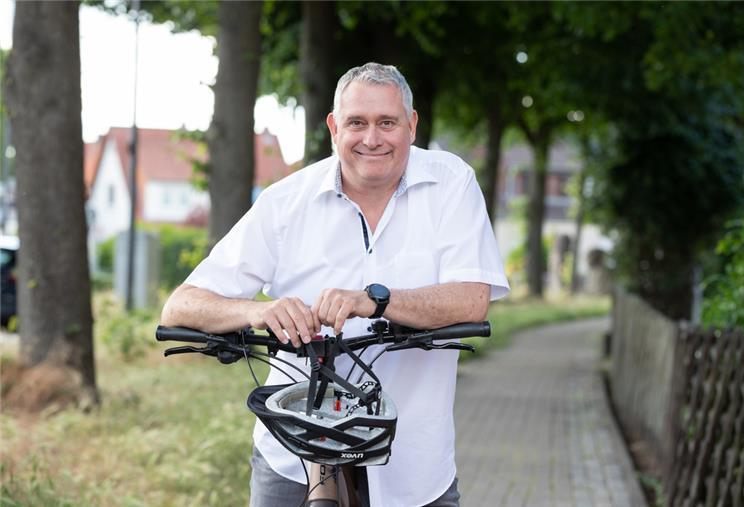 Members with high blood pressure have the opportunity to join the “AOK Heart Health Digital” program. With the help of an app and accompanied by a coach, they can significantly improve their values ​​through exercise in just twelve weeks.

“It was a gradual process,” says Matthias Rathje. The former striker stopped playing football at the age of 40. The man from Bremen gained weight, moved even less and continued to gain weight. At some point, his GP diagnosed him with high blood pressure. High blood pressure can accelerate the calcification of the vessels and increase the risk of cardiovascular diseases such as a heart attack or stroke. According to figures from the Federal Statistical Office, a total of 985,572 people died of cardiovascular diseases in 2020, which is the most common cause of death in Germany.

Stress, lack of exercise and obesity are among the critical factors that can be positively influenced by a different lifestyle. Therefore, Matthias Rathje accepted his doctor’s suggestion to participate in the 12-week “Heart Health Digital” care program of the AOK Bremen / Bremerhaven, which places a special emphasis on exercise.

The 53-year-old is being treated by a trainer from the utility company CAREtower, with whom the AOK has signed a contract for the program. To begin with, the sports scientist who works as a coach asked him a series of questions over the phone, for example about his age, height, weight and physical condition. Based on this data, he developed an individual training plan for him – a combination of strength exercises and endurance sports.

For training, the AOK has equipped Rathje with the “myHeartHealth” app and a chest strap for heart rate measurement. In the app that she has installed on her smartphone, she sees her plan for the week: exercises with and without dumbbells and other aids, explained in the form of videos and text instructions. She must also ride a bike about 30 minutes five times a week. Your heart rate readings are sent to the app from the chest strap.
A “digital trainer” is also integrated into the app, giving spoken instructions during training so patients can train in an optimal heart rate range. In addition to pulse values, the app also collects data such as speed, altitude, distance traveled and calorie consumption. At the beginning and after two, six and ten weeks there are discussions with the coach, the training plan is adjusted according to progress.

Matthias Rathje received another device for the digital health program. He uses it to measure his blood pressure in the morning and at night. In addition, he performs a so-called pulse wave measurement to explore the condition of the blood vessels. “Due to the aging process, lack of exercise, and other stressors, the vessel walls become harder and stiffer,” explains Dr. Ertan Dogu, cardiologist and sports physician in the cardiology-angiology practice of the Heart Center Bremen. . “If blood pressure also increases, the walls continue to lose elasticity, which increases stress on the heart and circulatory system.”

Therefore, the blood pressure readings and pulse waves are automatically sent to the app on Rathje’s smartphone and to his attending physician, who discusses them with him regularly. “If you have persistent high blood pressure that cannot be attributed to a known cause, such as kidney or heart disease, the values ​​will definitely improve with regular exercise over the course of the program,” says Dr. Ertan Dogu. “There are enough studies that have shown it works.”

success after a short time

It also worked for Matthias Rathje: After eight weeks, his upper blood pressure is already below the critical limit of 140 and has also decreased. “The program showed me that you can do a lot with exercise and nutrition,” he says. And that’s why he wants to be on the lookout now. Along with two colleagues, he participated in the “By bike to work” campaign organized by the AOK and the General German Bicycle Club (ADFC), and once a week he goes out dancing with his partner. (afu)

In the “AOK Heart Health Digital” program, members participate in a twelve-week sports medicine training program with the aim of improving cardiovascular health. Patients between 20 and 75 years old who suffer from high blood pressure can participate. This is the case if a blood pressure value above 140 mmHG and above was repeatedly measured at the doctor’s office. Anyone with AOK insurance who is interested in the program can get advice directly from AOK’s cooperation partner, CAREtower, after completing an online form. After consent, CAREtower will contact your treating physician.