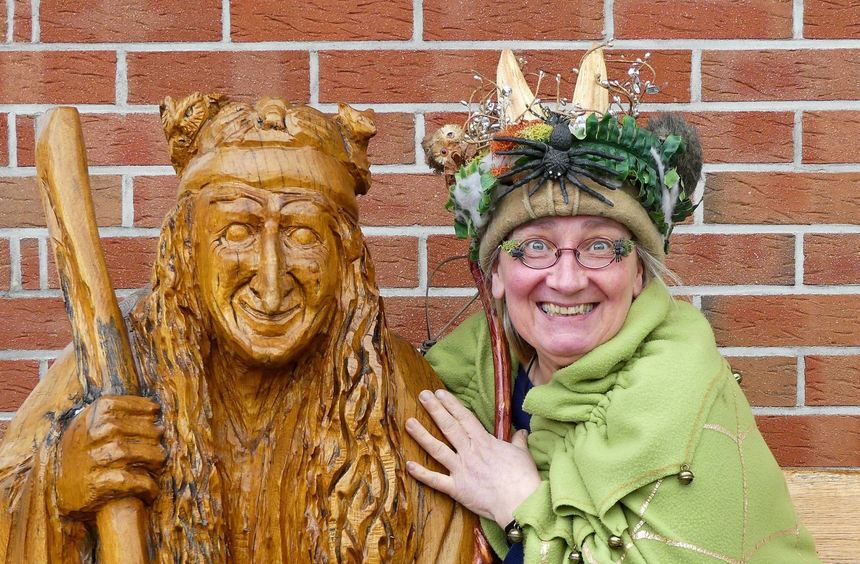 Ever since Johann Wolfgang von Goethe took up the saga of the witches in “Faust”, the Brocken has been a cult mountain and the Harz has been a country of witches. Witches are still a natural in the region today. And those who travel to the Harz Mountains not only want to enjoy nature, but also experience the witches’ dance floor, the upside-down witches’ house and the witches’ show from April 30 to May 1: the Walpurgis Night.

“All the towns and villages in the Harz Mountains celebrate Walpurgis Night with parades and costume parties. Walpurgis is no longer celebrated on the Brocken itself, as the mountain is in the center of the Harz National Park,” says Christoph Lampert, the manager of the Brockenhaus, which is located on top of the Brocken. The permanent exhibitions there explain historical background , because terrible medieval witch hunts are not a theme in festivals. Ritual burning of witch dolls is also avoided. It symbolized the victory of good over evil and spring over winter, but the custom was too reminiscent of the medieval period “Today it’s all about custom for us,” says head witch Antje Wedde of the Wolfshäger Hexenbrut, and there is no doubt: “We are entertainment witches” who dress up, put on a pointy nose and tell their tales. witchcraft spells in a high-pitched, poisonous voice – in front of up to 10,000 viewers. Wolfshäger Hexenbrut even garnered 145 million clicks online. “The choreography, the lyrics, everything is homemade,” says the head witch. He also sometimes takes guests on herbal tours and explains about Walburga, that she was not a witch but an abbess and she was canonized.

The old woman, the sorceress, the magician – there are a few synonyms for a witch, who was probably always someone who knew, healed with herbs, and was perhaps not clairvoyant, but could interpret connections. But only the clergy claimed knowledge for themselves. Therefore, wise women were demonized and persecuted as witches. “They were interrogated,” says the executioner with a cynical look, explaining: “The executioner was responsible for torture in the 16th and 17th centuries. He applied thumbscrews, tortured on the rack or tortured with bad luck,” says city guide Wilfried Ristau in historical executioner’s robes, with a sword and a ladder cart full of torture instruments. So he shows interested people his Goslar during the season of witches. The right hand, the good hand, was cut off by the sword so that women could no longer swear. There were four boiling points for false statements.

Even midwives were slandered as witches and in Goslar alone more than 50 women were burned as witches. This happened to many well-known women across the country, but especially in the Harz Mountains, a focal point of witch hunts. Around 50,000 women across Europe are believed to have been demonized and burned as witches. Wernigerode’s market square was also the scene of burns. In 1528 the whole city burned down. Only one house on the market square was saved, the current Hotel Gothisches Haus. There you can dine well in the evening, overlooking the market square and the old cremation square, as well as perhaps the most beautiful town hall in the republic, which was rebuilt in 1545.

As the saying goes, the witches first met at Hexentanzplatz in Thale and then rode their broomsticks to Brocken to dance with the devil. The Brocken was divided into East Germany and West Germany. Rising to 1,142 meters, above the tree line it is shrouded in mist and clouds for half the year. The Brocken is the northernmost thousand in Germany. The climate up there is similar to Iceland, Greenland and Siberia and creates this strange landscape of moss, bushes, stunted pines and dead trees. “In 165 days you don’t see anything on the Brocken for the whole day,” says Lampert. Conditions made for legends and sagas, for witches and the devil and the witches’ tables.

By train via Göttingen and Goslar to Wernigerode, www.bahn.de.

The Gothic House in Wernigerode was built in 1440 and is now a four-star hotel. DR/F from 150 euros, www.travelcharme.com.

In the Klosterhotel in Goslar you live pleasantly in a former monastery, DR/F from 80 euros, https://klosterhotel-woeltingerode.de.

Fine Harz cuisine is served in the Gaststuben restaurant in Gothisches Haus, see website above. In the Wasserriesen restaurant there are regional dishes,

Walpurgis Night is celebrated throughout the Harz region,

Devil’s Tour on the Teufelsmauer: Contact via [email protected]

You can walk e.g. B. on the Goethe-Weg or the Heine-Weg,