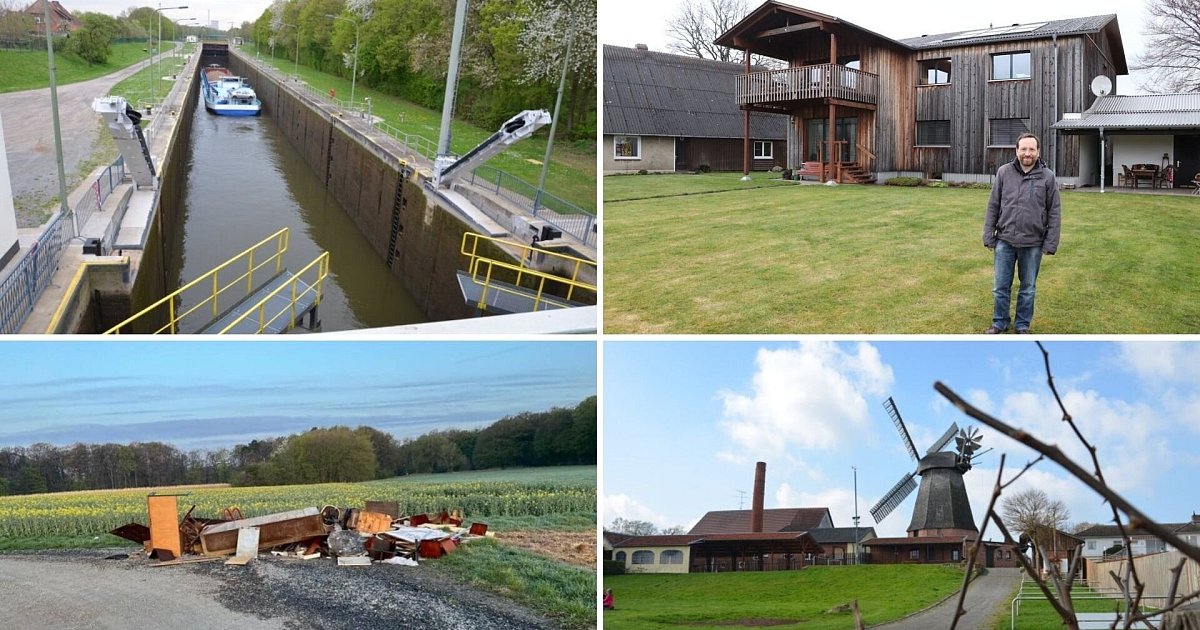 mind. In the last week, many topics have once again moved the readers of our region. We return to the themes of the week.

The canoe accident at Windheim lock on Easter Saturday kept us busy this week. The 36-year-old man from Lage is still missing. The Petershagen Boating Club is very concerned, we spoke to President Eckhard Lehrke.

A stir this week was once again the illegal littering that was dumped between Raderhorst and Bierde. This happens again and again in the region, as it happened recently in Friedewalde or currently in Hille. Unknown people got rid of around two tons of old furniture here.

Gym in Petershagen, not in Minden

A gym will be built on the property below the Büschingsche Mühle. The initiator is the Rotary Club of Minden-Porta Westfalica. Actually, the idea was supposed to be implemented in Minden on the Weser promenade, but the Rotary Club and the city did not come together. MT Editor-in-Chief Benjamin Piel writes about this this week in Viewpoint: “The story wouldn’t be worth mentioning if it were an exception. But communication between city administration and citizens doesn’t fail for the first time. And It’s not the first time that slowness means the money doesn’t end up where it could make Minden rich.”

Remodel on your own: Such is life in the passive house

What does sustainability really mean? How can you live sustainably in the region? Our TM trainees Leonie Meyer and Leandra Finke as well as trainee Jan Lücking are dealing with this main topic this year. Many readers took an interest in the Hauke ​​Schwenke passive house report in Hille this week. On May 8, it invites those interested to an open day. All parts of the series can be found here.

Talks with the Minden media start

And finally, a tip from us: The Minden Adult Education Center (VHS) and the Mindener Tageblatt start the “Minden Media Talks”. Four times a year they want to bring journalistic personalities to town and have them speak to the public. The kick-off is Press Freedom Day (Tuesday, May 3, from 7:00 p.m. in the Small Theater am Weingarten). We expect many visitors.

if you do this weekly update as a newsletter If you want to get one, you can register here for free.