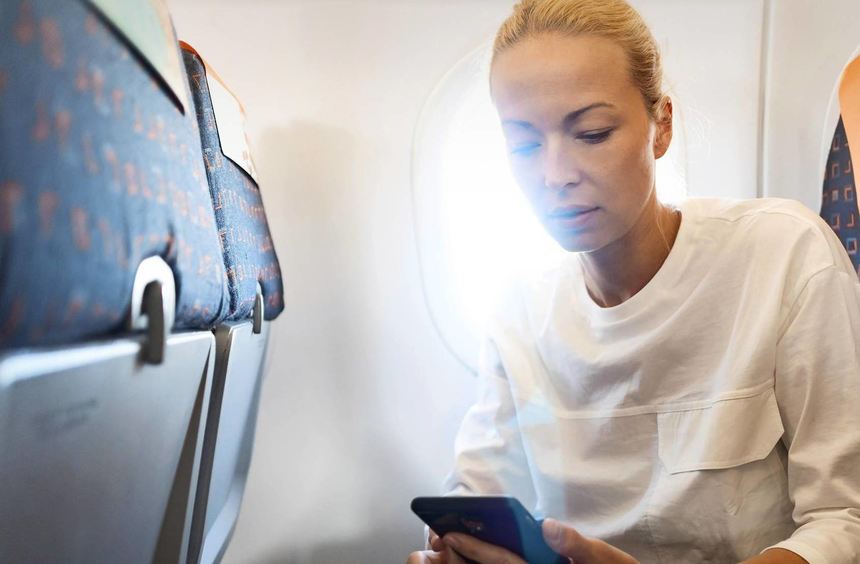 Please fasten your seatbelt, place your seat in an upright position, and turn off your electronic devices or activate flight mode.” Phrasing is as much a part of flying as tomato juice and jostling in the aisle. It plays through onboard speakers as the plane heads for the runway. According to Lufthansa, this is a “safety precaution”. But what happens if you ignore the request? Is there a risk of the plane crashing?

Noise in the pilot’s headset

The good news is that is not the case. Serious consequences are not expected on a modern aircraft if someone forgets to deactivate their mobile phone. The regulations date from the time when mobile phones were still huge and aircraft control systems were not yet protected against their radiation. At the time, it was feared that radiation from mobile phones could cause interference. So why is the rule still in effect? One reason is that in special cases there may be background noise in the pilot’s headset. In an emergency, this crackling noise could cause important radio messages to be lost and thus endanger passengers.

One such incident aboard a United Airlines plane in the 2000s, when it almost rolled down the runway at the same time as another plane, is still cited today as the reason for a ban on electronic “devices” on board. However, such interference is extremely unlikely and does not really affect modern on-board electronics. However, they can be uncomfortable for pilots. Theoretically, they can be caused by mobile phones in the first three or four rows of seats, i.e. in the immediate vicinity of the cabin and at such low altitudes that a mobile phone connection is still available.

Apparently, a deeper reason for the cell phone ban on board is that other passengers want to pass the time during the flight undisturbed. And the constant ringing of a phone and subsequent chatter from the person being called can certainly be a nuisance.

For airlines, the ban on telephoning on board is also the basis for additional business. If you can’t do without important conversations between takeoff and landing, you should use the airlines’ inflight telephony, which charge a princely price for this service.

In addition to being courteous to the crew and other passengers, this is a second reason to comply with the mobile phone ban on board. Because it will almost certainly be an expensive surprise when the cell phone goes online on the plane. It was then probably connected to the plane’s in-flight phone system or, more expensively, via satellite roaming. The result is likely to be a high bill, similar to the cost of mobile phone connections on ships or when roaming outside the EU.

The passenger does not have to have made any phone calls. If data roaming is turned on, the cell phone automatically allows mobile data traffic and then you are billed for inadvertent downloads, program updates, and background updates.

Therefore, it makes a lot of sense to always switch the mobile phone to flight mode before departure and only switch it off again after leaving the plane. If you want or must stay online during the flight, it’s better to book one of the flat-rate Internet packages offered by airlines than to accept the much more expensive ad hoc billing.