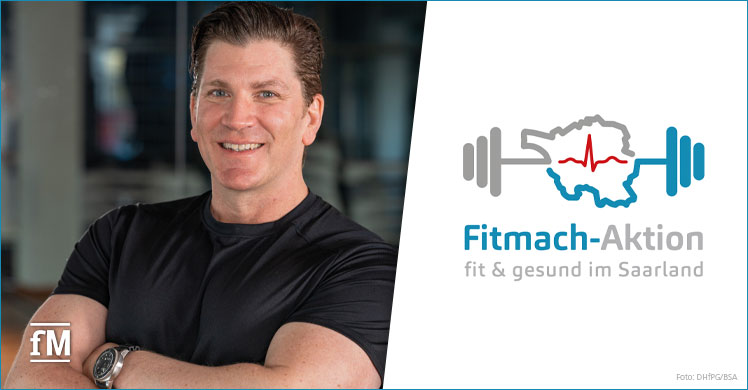 Marco Wolter, studio operator at the Fitness Loft Saarbrücken, also saw a need to get people moving again after the lockdowns at his studio. That is why he and the participants welcome the “Fitmach campaign” from Saarland and are happy about the positive effects. 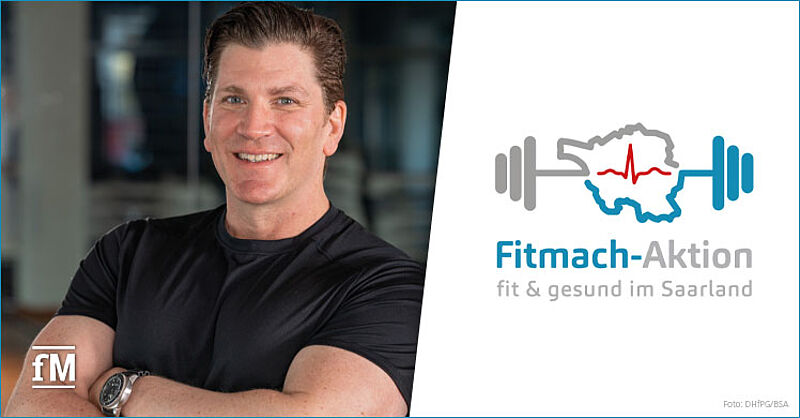 fM: Mr. Wolter, with Fitness Loft Saarbrücken, you were one of the first studios in Saarland to join the “Fitmach campaign: fit and healthy in Saarland”. What convinced you of the model project?

Marco Wolters: I was touched that the Ministry of Health, the DHfPG, PuGiS e. V. and the Saarland health insurance companies support the campaign with great commitment and a very clear commitment to fitness and health training. We are still not perceived by many as the health and education experts that we are.

Of course, such a model project is an invaluable help in reaching these people in the first place and convincing them of the benefits of our offer.

How did you experience the physical and mental condition of your trainees after the reopening?

In short: disastrous. I have been a coach for 30 years and I know exactly what effect targeted training can have on health and performance and I know the effects of physical inactivity.

But experiencing the negative consequences of such a long hiatus in training for hundreds of people in one go was absolutely terrifying. We also have many older partners for whom training is practically the basic requirement to maintain their independence on a day-to-day basis.

Many of them lost so much that they were no longer able to train with us because they could no longer physically go to the studio after the lockdown. Six months later, people who had previously done push-ups and squats and attended courses were about to move into a nursing home.

Having to witness this made me very sad and angry. But even for members with less obvious physical handicaps, the measures were sobering. Our diagnostic system, which measures body fat, strength, and flexibility, among other things, has recorded a decline in biological age of up to ten years, especially in the young!

What was the population’s response to your participation in the “Fitmach campaign”? Do you have subjects already registered or are some of them already in training?

We were able to recruit 35 study participants in the first week, which is a really great result for a study of our size! Of course, something like this always requires a bit of lead time, which is why only about ten people have started the study at this point.

But we are absolutely satisfied, also because we managed to reach all levels of training: from beginners to repeat offenders; old and young etc

What benefits can your study obtain by participating in the model project?

In addition to the image gain we expect for the entire industry and the resulting positive effects, we hope that as many study participants as possible will sign up as members after the eight weeks. Of course, we still can’t express that in figures.

But I think the hope is justified that test subjects not only want to “dust off” the free workout, but are grateful for the opportunity to start physical activity and also want to invest in their long-term health.

To what extent do you think the model project can motivate people to do more physical training and exercise?

We know how extreme the growing lack of exercise and training is in terms of the development or worsening of obesity, cardiovascular disease or diabetes. Reversing this trend is not a sprint, but a marathon, and of course one study is far from enough.

But even if “Fitmach-Aktion” is just a small step, I am convinced that it is exactly the right step at the right time in the right direction.

Comments on the “fitness campaign”

In other interview speak studio operator patrick heisel (SportArt Völklingen) about their experiences with the “fitness campaign”. You can also find the Entrance to the interviews. (by clicking on the corresponding image, you will go directly to the respective article).