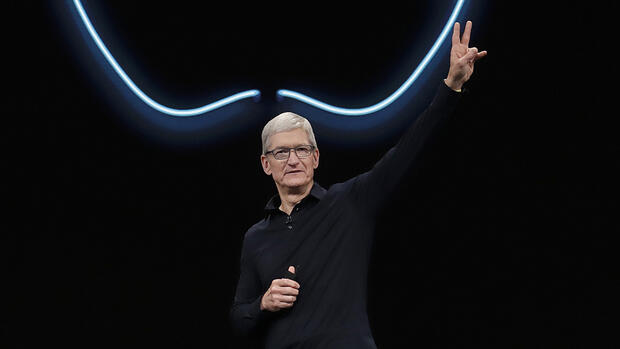 The most valuable company in the world is reinventing itself. Apple has become the most powerful brand in the world thanks to the iPhone. However, services have become secret profit drivers. Apple is redefining the rules of the game in the world of technology.

An impressive number emerges from recently released quarterly figures: The gross margin on the company’s service offerings was 73 percent. For the first quarter, Apple reported sales of $19.8 billion at a cost of $5.4 billion. For comparison: For hardware like iPhones or iPads, the gross margin was around 36 percent.

Until now, Apple’s services have focused exclusively on end customers. Change. With “Business Essentials”, the company also offers solutions specifically aimed at companies for the first time. CFO Luca Maestri announced that he intends to expand the offering, which has so far only been available in the US.

Apple has succeeded in creating a tightly knit world of high-quality hardware products and precisely coordinated software offerings. Now begins the phase in which the group continues to expand this ecosystem.

The range already extends to a number of areas. The company offers movies and series through Apple TV+ and this year was the first streaming service to win the Oscar for best picture with the tragic comedy “Coda.” Apple is constantly expanding its range of music. Cloud storage, fitness, mobile payment, news or book offerings complete the portfolio.

The success of the services is also based on the hardware. The offers are intimately linked to the cosmos of the product. Streaming, fitness subscriptions, and cloud services only make sense in combination with an iPhone, iPad, or Apple Watch.

Apple is likely to try to significantly expand the service area. When asked if he wanted to buy the Netflix streaming service, Apple boss Tim Cook answered openly. Apple buys a lot of small companies these days, but a big acquisition is not out of the question. “We’re always looking around,” Cook said.

Right now could be a good time. Since October, Netflix has lost more than 70 percent of its market value. And with net income of $25 billion in the first quarter alone, Apple has more cash for acquisitions than any other company.

Metaverse as next test

Other corporations are amazed by this development. No wonder the head of Facebook’s parent company Meta, Mark Zuckerberg, took a loss of over ten billion dollars on his experiments in building a metaverse last year. He is trying to copy Apple’s recipe for success.

With the Oculus glasses, Zuckerberg wants to create the crucial devices that pave the way to the metaverse. The company is already demanding huge sums of money so that third-party providers can offer their products through virtual metaworlds.

There are many indications that Apple will soon launch its first VR glasses. For CEO Cook, it will be proof that Apple can play a similar role in virtual worlds as it does in smartphones and tablets today.

Plus: The $8 Billion Risk: Apple Warns of Supply Chain Issues