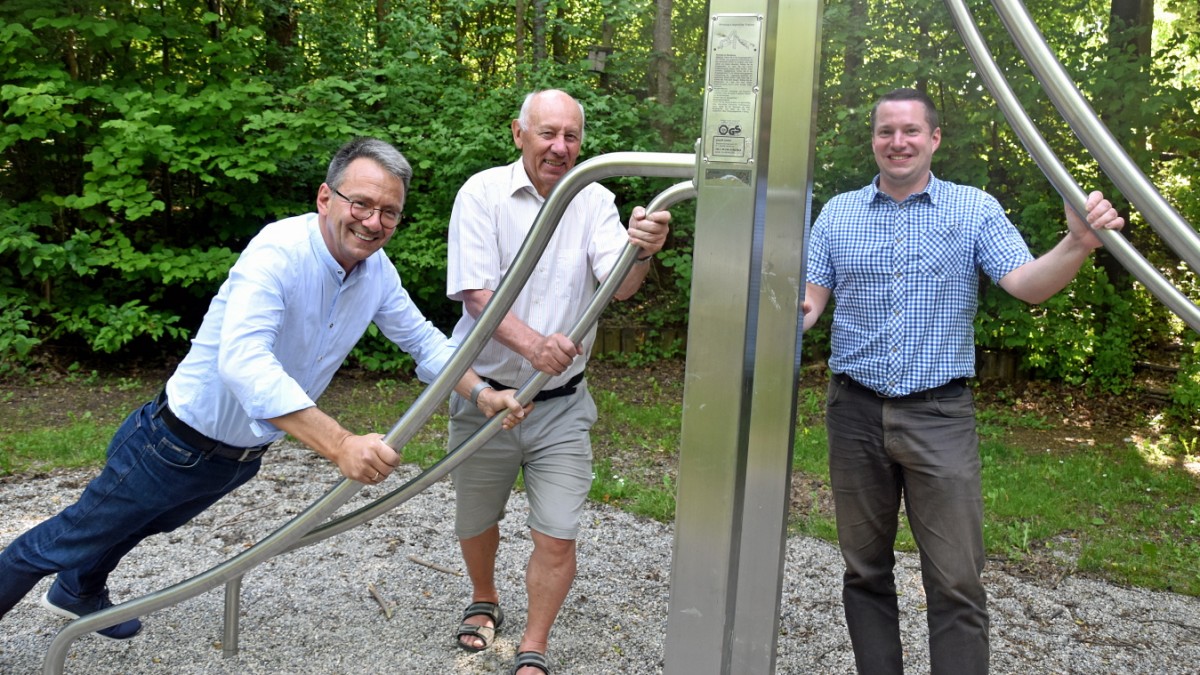 Doing a workout with the right gear and then jumping into the lake a few feet away to cool off and regenerate sounds like a dream come true for most exercisers and relaxation seekers. This idea has now become a reality in Mammendorf. A fitness field has been opened right next to the lake for bathing.

In sweltering 32-degree temperatures, officials gathered in the shade of trees near the water. On the way to the field, one or two longing glances fell on the bathers cooling off in the lake. Instead, we went to the fitness team. In the first station, a bar frame is installed, on which you can perform various strength exercises with your own body weight, such as pull-ups or hanging arms. Three more devices are installed within walking distance.

There used to be a small playground at this point, but due to the distance to the lake it was hardly ever used. There is now a rowing trainer, two slackline tensioning poles, and a push-up trainer. The exercises are described in three levels of difficulty in the signs. “I hope that many people will take up the offer and have fun with it,” said District Manager Thomas Karmasin (CSU), who, together with Mayor Josef Heckl (FW), did not miss the opportunity to test some of the devices despite of the heat.

“The amusement park has another richer attraction,” said Johann Thurner, president of the amusement park development association. The project originally started in March 2019 with the planning of a swimming lake fitness trail. The planner responsible for this, Claudia Dobner-Kobald, who was unable to participate that day due to illness, recommended, after surveying the venue, that a fitness course with exercise equipment be set up at two locations.

After the new plan was approved by the general meeting a year later, things could start. During construction, the main focus was on sustainability, Thurner explained. Therefore, devices made of stainless steel do not require maintenance and are installed in places where it was not necessary to cut down trees and bushes. Fall arrest mats are also made from recycled materials. In addition, the path around the lake has been widened in places to provide an additional 1.2 kilometer running track.

The cost of the project is just over 38,000 euros. The project was largely financed by the association’s own funds (around €24,000) and sponsors (around €11,000), including Sparkassenstiftung and Volksbank Raiffeisenbank Mammendorf. The rest was covered by private donations. The Mammendorf shipyard did the assembly without demanding payment.

At the end, all those present toasted the finished project on the terrace of the kiosk. However, the fitness course is not yet marked on the sign showing the area around the lake.