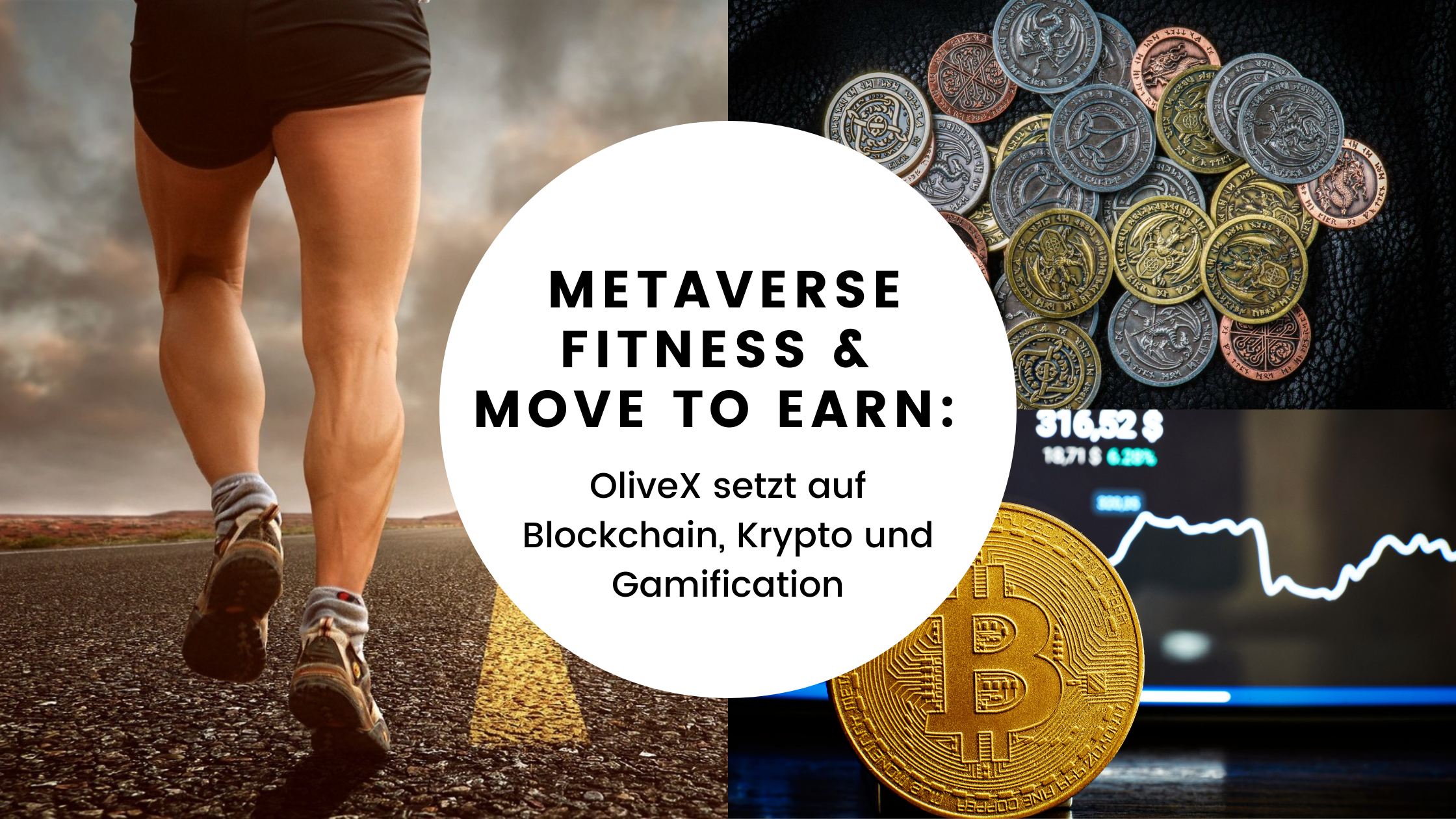 OliveX Company is a digital lifestyle company focused on the health and fitness industry. Using state-of-the-art blockchain technology and metaverse technologies, the company combines fitness with games and crypto rewards in cooperation with numerous partners from different industries. This trend also has a lot of potential for the startup scene.

Cryptocurrencies have long been more than just a modern fringe phenomenon – they have hit the mainstream and are reaching more and more different industries. For example, they already play an important role in the gaming community, but now they have also reached the fitness industry. At some retailers, fitness fanatics can already buy products like sportswear or workout gear with Bitcoin. But that’s not all, as OliveX has made clear. Under the motto “move to win”, a completely new structure could be created that would get even those who don’t like sports off the couch and give them the chance to reinvent themselves.

Crypto and blockchain games have become more and more established in the industry in recent years and have become more than just a passing trend. The versatility of the gaming industry is no longer a novelty. Anyone who doesn’t focus on innovation and change here will quickly sink. To generate above-average growth, developers need to stay on top of it.

Especially in the last couple of years there has been a boom in the area of ​​blockchain gaming. This technology has enough potential to provoke social changes and make new business models possible. More and more companies rely on blockchain games, developing new DApps (decentralized applications) to generate unique gaming experiences.

Growth of 2,000 percent was recorded in one year, despite adverse external circumstances. In terms of forecast, much more can be expected here, because the NFT industry is also booming. The metaverse makes it possible for blockchain game developers to scale up their innovations and investor willingness to invest is high.

52% of blockchain activity comes from gaming DApps. Meanwhile, well-known game developers like Ubisoft have already become familiar with the topic and are likely to get involved. Therefore, the chances for rapid further development are high. With OliveX, a new rider is now on the track and enables the symbiosis between play, fitness and reward.

Everyone has heard of “meta” or “the metaverse” somewhere, but many consumers still don’t take it seriously. But there are already projects that show how much people’s lives will change as a result of the Metaverse, in the gaming sector, but also in the fitness industry.

Cutting-edge technologies like blockchain and cryptocurrencies have facilitated and supported the development of the Metaverse. Data can be used, shared and processed securely between providers.

And what does all this have to do with sports? Move-to-earn is one of the most exciting innovations based on blockchain technology that is revolutionizing the world of fitness. “Move and win” is the motto and there is nothing else behind it. The concept encourages activity and movement, works with motion sensor technology and creates a whole new world of play for physical activity and better health.

So-called DOSE tokens are obtained, which are made up of various messenger substances (dopamine, oxytocin, serotonin and endorphin). These DOSE tokens can be used within the community to equip your character, purchase content, and purchase NFTs, and then be used freely.

With the right apps, cryptocurrencies can be collected by completing movement units. Users exercise, save and track their movement, and earn cryptocurrency in return. It’s a bit like playing to win, only much healthier and more active.

OliveX: A company with a mission

When a fitness company has a plan, it goes into action. OliveX is the market leader when it comes to using modern blockchain technology for increased fitness. Simply put, users should be rewarded for staying fit. A modern blockchain game is meant to help players in this. OliveX CEO and founder Keith Rumjahn is a sports and fitness fanatic, as well as a fan of new technology.

OliveX’s mission is to mobilize one billion people and give them the opportunity to earn crypto tokens and NFTs through physical exercise. The key to success is the symbiosis of blockchain, gaming, and fitness.

Even if Rumjahn knows that the play to win branch will generate great anticipation, his ambitions are high. But that’s what OliveX is all about. Always mastering new challenges, going through challenges and setting goals. Investors seem to share the vision, OliveX was able to raise around $5.7 million in 2021 and use it to develop the move-to-win product Dustland Runner.

More exercise for the fitness industry? Move-to-Earn is a fated project for this, which will probably spread as fast as Play-to-Earn did at the time. People love to take on challenges and when they exercise for a fee, it even has a positive side effect. Companies like OliveX often have a few hurdles to overcome, but they have the best chance of becoming one of the biggest and best known industry leaders.