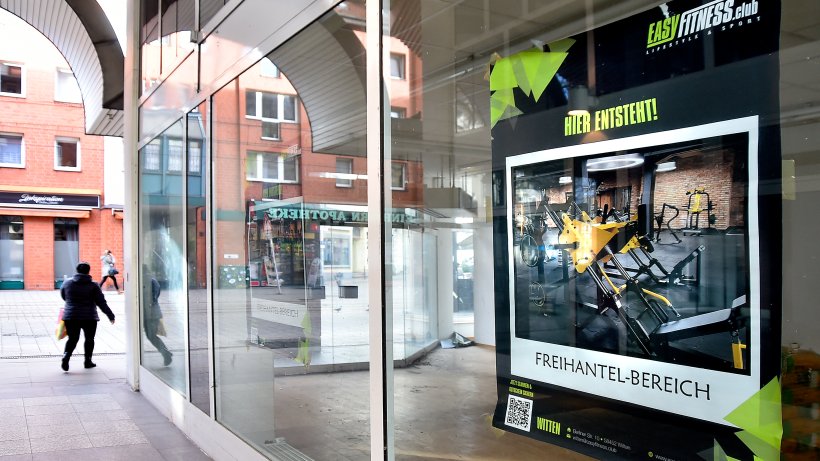 NRW: The woman has a harmless conversation with the gym: now she should pay 730 euros

In Holzwickede near Unna (NRW) a woman has been seriously scammed. She was approached by promoters from a gym for a free trial. A year later, she suddenly came to her house with a request for payment.

NRW: A woman takes a free trial training and receives an email from the debt collection company

The Holzwickederin was approached in May 2011 in the center of Unna by a promoter from the Easyfitness gym. The question was if she was not interested in a free trial session. Happy was the answer.

First the woman must give her address. “Then she zoomed in on her tablet, she should sign in a field,” the 46-year-old from Unna recalls to the “Ruhr Nachrichten”. There was nothing about a possible contract and the promoter did not say a word about it either. Two weeks free and revocable at any time, at least that’s what Mrs. Linker thought.

But now, suddenly, he received a request for payment of 730.42 euros, from a debt collection company. Instead of the free trial training session, she had unknowingly agreed to a 24-month contract.

You didn’t have to provide any account details, so you should have received an invoice. “I’ve never gotten a bill or reminder from the gym itself before,” says Linker. He wants to organize a retraction.

The debt collection letter refers to the period from January 1 to July 1, 2022. Because from the point of view of the study, Mrs. Linker has closed a contract for one year with a monthly payment of 19.90 euros and a service fee of 29.90 euros. However, it is not clear to him how the total claim of €730.42 results from this.

The same thing happened to a 23-year-old from Hamm when she was approached by “aggressive” promoters outside a supermarket in Dortmund-Aplerbeck. “They followed us and at some point I just signed it.” After all, she received an invoice from Easyfitness for the months of May and June plus service and start-up fees and claim costs-121.60 euros in total.

The two women find the way the studio treats them very unfair. They have already connected via the Internet and want to get in touch with other affected people to possibly consider joint legal action.

Meanwhile, the managing director of the Holzwickeder branch fights back. “We still deny all the accusations,” said Michele Aprile. “If new registrations are written in the three-digit range and at the end there are a few complaints (less than two percent) alleging that they have not signed a contract, it is insignificant. I would have initiated the changes, “so that misunderstandings can arise”. be discarded in the future.

He was also unaware of the woman’s missing bills in Holzwickede or the sudden debt collection letter. “We sent at least two reminders and then tried to contact people by phone before handing over the collection to give them the last chance to settle outstanding claims,” ​​he assured the “Ruhr Nachrichten” against contrary testimony. (mbo)