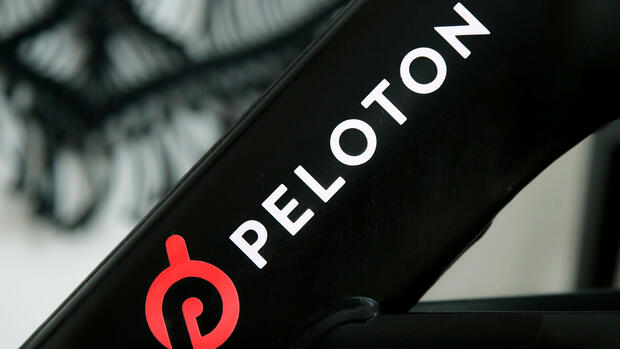 Dusseldorf Sporting goods specialist Peloton closed the last quarter with a loss of billions. The end result was a deficit of a good 1.24 billion dollars (1.24 billion euros). A year earlier, the loss had been $313 million.

Sales fell in the fourth business quarter, which ended in June, by more than 28 percent to nearly $679 million, the New York company announced Thursday.

Peloton is currently in the midst of a major rebuild. At the beginning of the pandemic, the manufacturer had benefited greatly from the closure of gyms. Sales of exercise bikes and treadmills for home use increased; some stakeholders had to wait a long time to get their devices.

However, Peloton did not interpret the boost as a special boom, but as the beginning of an era of growth and invested in expanding capacities up to the construction of a factory in the US.

This turned out to be a serious miscalculation: With the lifting of corona restrictions, interest in the company’s fitness equipment dwindled again: Peloton had high inventories and even factory construction in the US was stopped again. In July, the company decided to completely outsource device production to a contract manufacturer.

One third of the loss is due to conversion work.

About a third of the $1.24 billion operating loss was due to restructuring measures, company boss Barry McCarthy wrote. The former chief financial officer of Spotify and Netflix admitted in a letter to shareholders that the numbers could be interpreted as threatening if sentiment were negative. “But what I’m seeing is significant progression in our comeback and in Peloton’s long-term resiliency.”

McCarthy even shared an anecdote from his youth working on a cargo ship. One night he was awakened by an alarm and saw the captain swerve the huge ship to save two men from the water. “Peloton is like this cargo ship,” McCarthy writes. The alarm sounded and everyone was at their posts.

McCarthy only replaced co-founder and CEO John Foley in February. With his resignation, Foley bowed to pressure from investors, especially concerned about the financial situation.

The Peloton CEO reiterated that he sees Peloton’s future less in equipment sales and more in training courses and the software business. He would be “delighted” if someone used the Peloton app with fitness equipment from other manufacturers, he said on a conference call with analysts. Content is the “jewel in the crown” of the company.

The current challenge is to develop customer groups that Peloton has not yet reached. Currently, 96 percent of Peloton technology in homes is exercise bikes. McCarthy’s plans include buyers assembling Peloton’s devices themselves instead of having the company do it for them.

Peloton announced Wednesday that it intends to sell the fitness equipment in the US through online retailer Amazon. Until now, Peloton has relied on exclusive sales through its own websites and showrooms. The partnership with Amazon should get sales going again – stocks initially reacted positively.

However, in an early reaction on Thursday, investors temporarily lowered the stock by more than 18 percent in US trading.

Plus: Peloton wants to boost business again through sales on Amazon