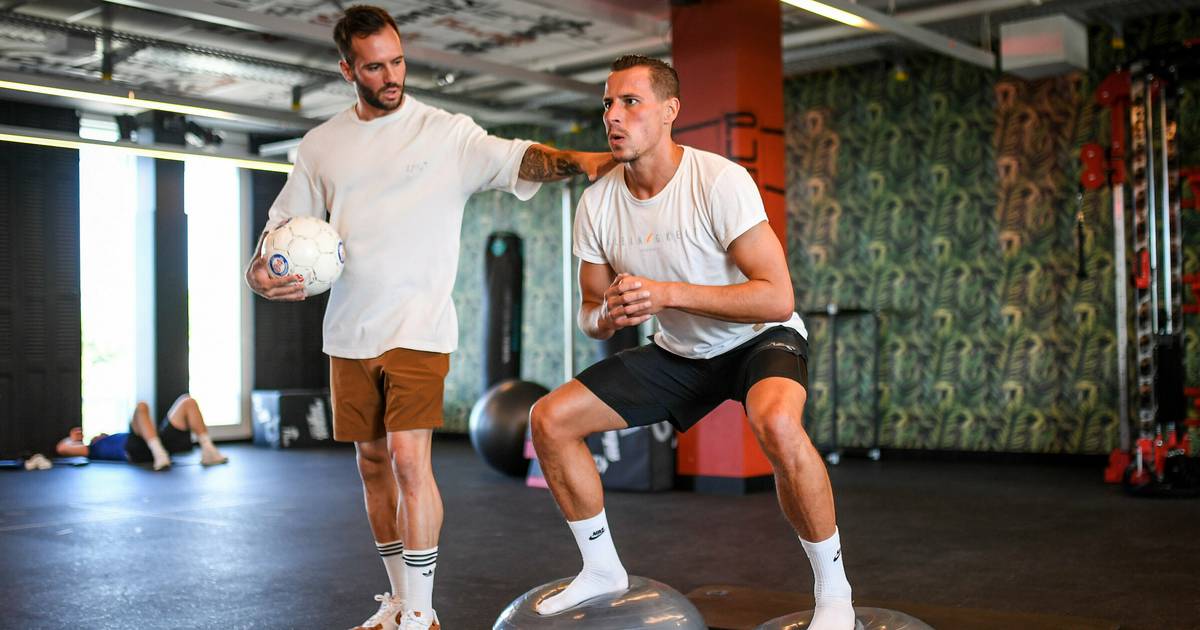 Dusseldorf It is attended by professionals from Fortuna, Borussia Mönchengladbach and FC Schalke 04. But also people who just want to get moving again. What he says about his famous clients. What tips do you have for fitness beginners.

Manuel Gajus works every day for very big dreams and many small ones. His clients include professional athletes, influencers, millionaires and ordinary neighbors. Those who come to him want to go to the next level of fitness, on very different levels. For some, that means getting over the excess weight, for others, taking off one or two percent more of it at the highest level. “It’s my challenge every day,” says the personal trainer. “Each client is different, each one has their own story of it.”

Like Gajus himself, he actually wanted to be a professional soccer player. But a complicated injury threw him off track. In the gym, he slowly fought back and discovered that he had gained more than just muscle. His view of life has changed. He disciplined himself and has been intensely concerned with weights and calories ever since. It is about a sustainable and healthy lifestyle. For several years he worked as a paramedic for Johanniter-Unfallhilfe and received additional training in many areas.

Finally the change. As a personal trainer, he has built an impressive client base in just a few years. It all started with soccer pro Marvin Commer. For example, he is currently working with Rocco Reitz, a youth player for Borussia Mönchengladbach. Jordan Beyer and Nico Elvedi are also part of his client base. Players from FC Schalke 04 (Marius Bülter) and other clubs from the region also come. And there are also some from Fortuna Düsseldorf. Before moving to Turkey, he worked with Edgar Prib during the summer holidays. The cult moderator, Oliver Bendt, also comes to him.

“I don’t see myself competing with the work of physical trainers at clubs. They also do an excellent job, but of course they can’t focus on individual athletes as much as I can,” she says. “We’re working very specifically on various issues. It is an addition, nothing more and nothing less. For many athletes, a good investment in their career.”

But Gajus doesn’t just work with top athletes at the “John Reed” in Bilker Arcaden. The age range is from 6 to 84 years. Mind you, when it comes to children, of course, there is a clear shift in focus. He does not use them to lift heavy weights, it is about promoting development, enjoying movement and strengthening motor and cognitive abilities.

Gajus not only makes customers conform to Insta’s new image, but sometimes even manages to bring about a change in consciousness. “A client came up to me and I really couldn’t walk ten feet without whistling,” he says. “Decades of cigarette use, an unhealthy lifestyle, everything has left its mark. I can’t even snap and all of that is forgotten. But we worked so hard on his deficits that he can now move again without major restrictions. He has regained his quality of life.” That is also his job.

You can go easy on yourself and classify Gajus in one of these crates. Muscular. smart smile. The beard trimmed as precisely as only the hallowed turf of Wimbledon. The hairstyle fits. But the 31-year-old is more than just fancy packaging. Anyone who comes to him is cared for comprehensively. “Exercise is a key component, but real change can only be achieved if the diet is adjusted at the same time. If you want, I can give you advice and we can go shopping together,” he says.

And how much does that personalized attention cost? As is often the case in the industry, he prefers not to talk about it in public. Prices between 80 and 130 euros should be realistic as a guide for 60 minutes with a qualified physical trainer. Appointments with him are made completely individually.

Gajus is a Düsseldorfer through and through, with a particularly close relationship with Fortuna. If he does a good job, he spreads the word quickly in the locker room. “Soccer players have a certain standard, they already know so many exercises and coaches, so you always have to put in new stimuli,” he says. “That may mean we go into the cold room and promote regeneration at minus 90 degrees. The body is the capital of an athlete, so the goal is of course to get through it as injury-free as possible.”

And what advice do you have for people who have now discovered the motivation to want to live life in a sportier way? “Get started! Just get started and don’t worry too much,” says Gajus. “You can’t set unrealistic goals for yourself and compare them to anyone. If you don’t move much, just try to double the number of steps. Watch your diet and reduce carbohydrates. I am not in favor of imposing bans. You have to be aware of things and then decide. At the end of the day, you have to be comfortable with what you’re doing, otherwise there’s little chance you’ll be successful in the long run.”

Here is the photo gallery: This is how Manuel Gajus puts football professionals in shape