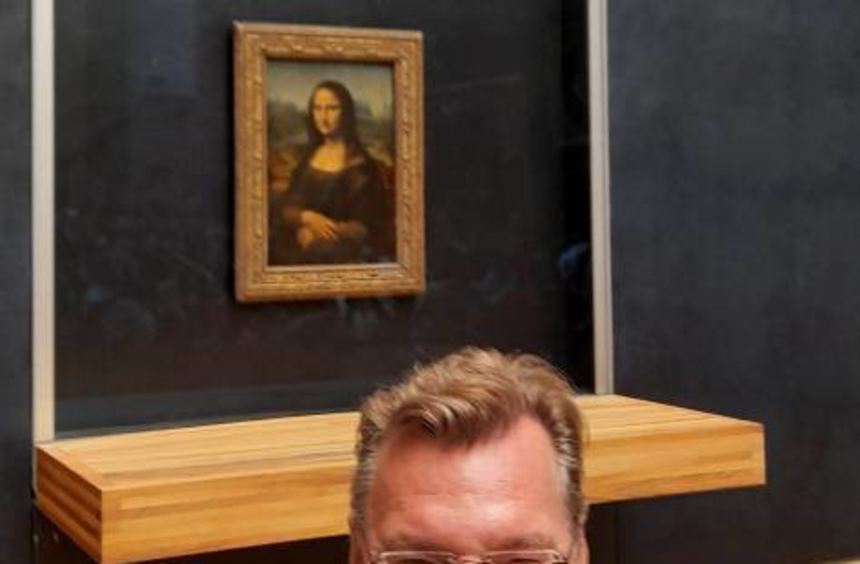 Presidential elections, upcoming parliamentary elections in June: these weeks, France is the scene of more exciting political events than usual. Elysée Palace & Co. flash on the screens. To take a look at the places of these political events, a good excuse to return to Paris.

A weekend may be enough for this. Ideal if you still start on Friday after work. It only takes a good three hours by train, although on the German side it rattles more like a little train and only really speeds up in France at 320km/h. In the evening you arrive at Gare de l’Est.

How to get there: Take the train from Mannheim to Paris without changing trains, approximately 3 hours.

Next event: July 14, National Day (anniversary of the taking of the Bastille in 1789), big parade on the Champs Elysées, festivals throughout the city. -tin

From there to the hotel, the taxi ride seems as long as the train. We have a hotel near the Champs Elysées, ideal as a starting point for activities in the city center. We left our bags in the room and left immediately.

Five minutes and we’re on the Champs Elysées. Although it is already getting dark, there are queues in front of Dior and Vuitton, and only those who have booked can enter the Fouquet restaurant. We chose the favorite place of all Paris fans: “George V.” It has its price: two omelettes, pastis, two glasses of white wine, 93 euros – the Champs Elysées.

Under the Arc de Triomphe

We end the day at the Arc de Triomphe. Simply wonderful to settle under the arches of the magnificent illuminated building. If you go up the stairs, you can enjoy a view of the entire city from the top. Paris the night

Day 2. You go to Versailles, the legendary royal palace. It feels like the most magnificent in Europe, even if the local Mannheim patriots know their own space should be even bigger. The journey takes you comfortably with the subway for half an hour almost to the main entrance. Thousands of photo sessions in front of the golden trellis with a crown that shines in the sun, at least at this time of day.

In general, it’s good to be there early. The later, the longer the lines. Inside, however, you always make your way through the magnificent rooms amid the crowds of people in single file: the Hall of Mirrors, in which the German Empire was proclaimed in 1871, but also the bedroom of the king and queen; To the surprise of many visitors, this one is more magnificent than her husband’s.

It’s already early in the afternoon when we can finally eat. There is an opportunity to do it on site: in a fancy restaurant or in a snack bar. They both have the same entrance, so the lady there asks where she wants to go. We chose the snack, we enjoyed the sandwich between the stucco and the fireplace – it was probably once the servants’ wing. Another walk in the park, which, by the way, costs extra, then to the hotel. And that completely knocked out

Day 3. Today is May 8, the day the war ended in 1945, a national holiday in France. Traditional occasion of a parade on the Champs Elysées. Since morning, the boulevard has been cordoned off with bars, making it impossible to pass through, leaving many passers-by disoriented. Weird feeling to see the otherwise vibrant wide street without a single car. Only every once in a while a limousine with darkened windows pulls up. The gendarmes salute, so it must be someone important. Location where you can see it best: between Fouquet and Vuitton.

At 11 o’clock in the morning there was an uproar among the police. The Republican Guard is arriving. Hundreds of horses with riders in uniforms with shiny helmets. In the middle, also escorted by police motorcycles: the President. No, not in a large sedan, in a small car. And unfortunately a closed one. Emmanuel Macron in the rear left, waving out the window from there. But we are on the wrong side of the road.

But there is also a return trip. After the wreath-laying ceremony at the Arc de Triomphe, which can only be heard over loudspeakers on the street, Macron is back. Back window ajar, waving a hand.

First an espresso. Stop at the hotel of Madame Paiva, a legendary lady from the 19th century. And then walk to the Parc des Tuileries. The green metal armchairs are located next to the large pond. Surprisingly comfortable. We settled in the bright May sun, like hundreds of people, mostly young people. Children can borrow small sailboats so they can sail on the pond.

Finally the Louvre, once a royal palace, now a museum. Snakes here too. But well organized. One is amazed at how spacious it is under the glass pyramid. The organizers know what is wanted: information boards display a photo of the Mona Lisa, Leonardo da Vinci’s masterpiece.

And there, in a large room, is she. Surprisingly small. Hundreds take turns taking photos. Some go after that. That is not fair. Because the other Italian masters are neglected, even the French ones, including the old ones. The armless Venus de Milo on the ground floor is the only one who can stand up to the Mona Lisa.

Change of hotel in the afternoon. In one directly at the Gare de l’Est. Because in the morning things have to go fast. Sacre-Coeur shines at dawn. After breakfast, just walk across the street to the train. At the beginning of our shift, each of us is at his place of work. Did you have a good weekend? – to the question of our colleagues we can say with full conviction: Oh, yes! Or to stay with the metaphor: O, la la.