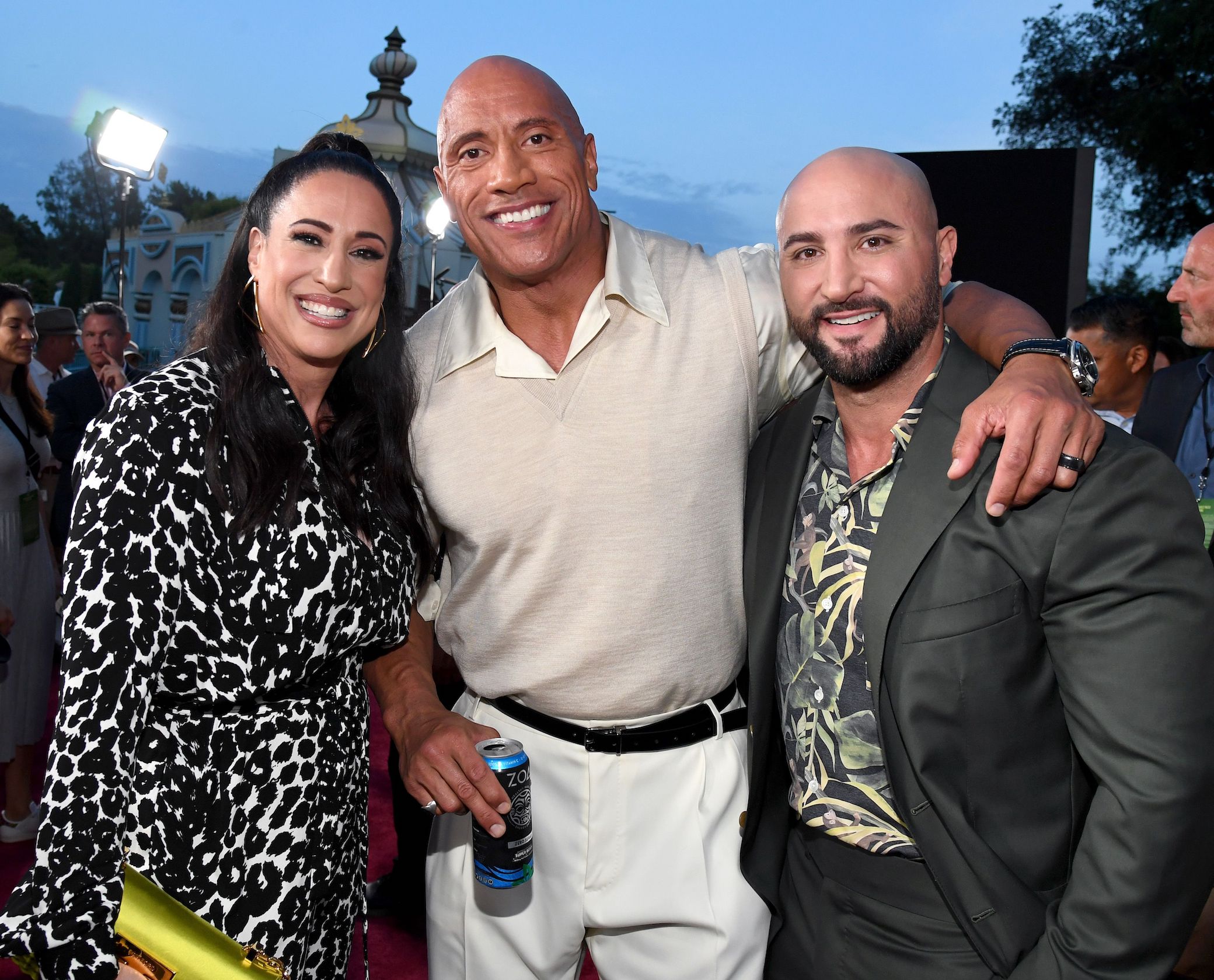 Muscles like Dwayne “The Rock” Johnson – that’s what many fitness fans dream of. The Rocks’ personal trainer Dave Rienzi has now revealed what’s important if you want to achieve this goal.

If you’re looking for a role model in terms of strength training and muscle mass, there’s probably no way around Hollywood star Dwayne “The Rock” Johnson. Whether it’s nutrition or training, the 50-year-old’s lifestyle fascinates millions of fans around the world. The Rock owes her incredible physique to her work with her trainer Dave Rienzi, and now he’s revealed her top three tips for building muscle.

For the past ten years, Dave Rienzi has helped Hollywood’s highest-paid actor get in shape. Always in the spotlight: strength training and bodybuilding. So if anyone knows how this works, it’s probably the 34-year-old. In an “Instagram” post, The Rocks’ trainer summed up his knowledge of how to build muscle into his top three tips. These are:

In his training programs, Rienzi relies on negative repetitions, also known as eccentric exercises. This means the conscious, slow and controlled lowering of a weight. The stretched muscle is still under high tension, which stimulates growth. Ideal for increasing both strength and muscle size.

Dave Rienzi recommends incorporating two to three negative reps per workout and slowing each rep down to four seconds. Examples of exercises include lowering the weight into a leg press, squat, bench press, shoulder press, or bicep curl.

Also interesting: What does eccentric training do for muscle development?

Tip 2: Stability exercises to activate the muscles of the upper body

Another component of Rienzi and The Rock’s strength training is stability exercises, especially for the upper body. As an example, the 34-year-old demonstrates bench pressing the “earthquake bar” (German: “Earthquake Dumbbell”) in his “Instagram” video. This is a specially designed bar for powerlifters that creates an unstable load. Because instead of weight plates like the classic bar, the “quake bar” is loaded with hanging weights. These wobble during training, so additional resistance is generated from different directions. The body has to work harder to compensate and control the movement. An effect that can enhance muscle activation, as research has also shown.1

Also interesting: The method Dwayne “The Rock” Johnson uses to train his chest

Finally, Rienzi focuses on the chain of the back, that is, the back of the body. He recommends the barbell hip thrust and reverse back stretching.

Strengthening the posterior muscles (lower back, glutes, and hamstrings) is essential to generating explosive power.

Also interesting: Red and white muscle fibers: the difference and how to train them

Dave Rienzi – more than just a trainer for The Rock

For a decade, with the help of Dave Rienzi’s training, The Rock has managed to stay in tip-top shape outside of the wrestling ring. The two men have much more in common than their passion for the sport. So Rienzi is not only close friends with the actor, who also accompanies him on red carpets. Together, Rienzi and The Rock also founded the “ZOA” energy drink brand. And a little trivia: Dave Rienzi has been married to Dany Garcia, The Rock’s ex-wife, since 2014. The bodybuilder and movie producer and The Rock were married from 1997 to 2008 and are still friends and successful business partners in the present.