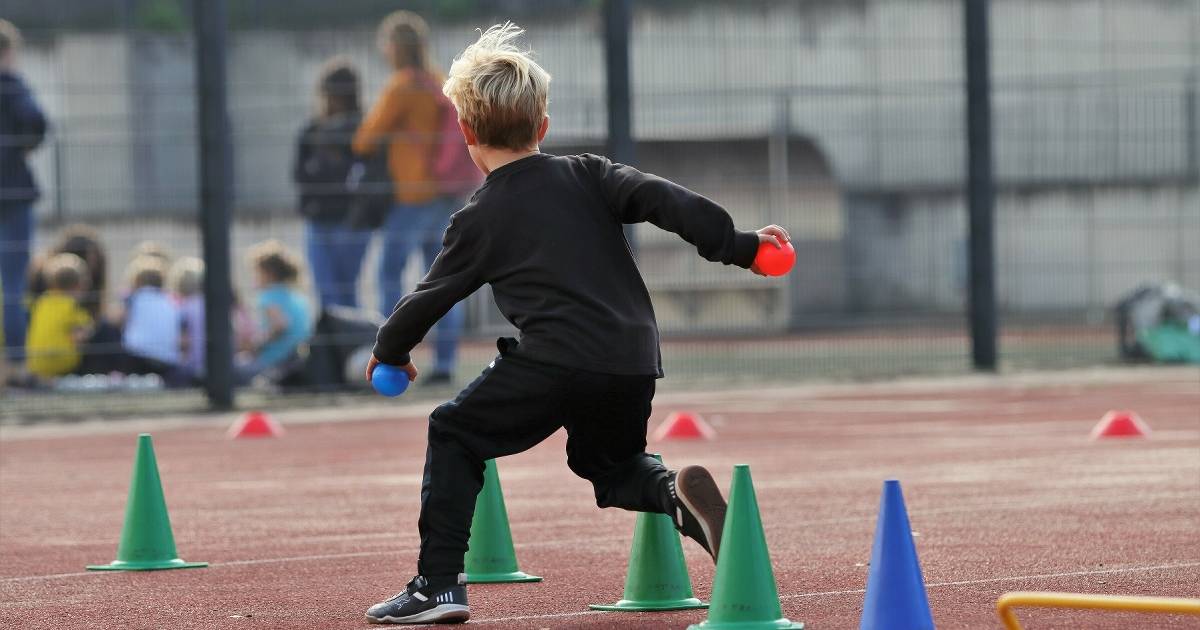 “Lott Jonn Kindergarten in Motion” and the Mettmann District Sports Association have been working together since 2010. In this way, more age-appropriate opportunities for exercise can be created in children’s everyday lives. “Many committed people are active in making the necessary movement possible for children in their earliest infancy. Some children experience a “real” sports field for the first time”, reports Denise Grüne from Lott Jonn. “This year we have again managed to attract many students who implement the idea of ​​the mini sports badge. They are prepared in terms of content and then organize the welcome, the operation of the station and the award ceremony on the day of the event,” says sports teacher Frank Mielke of the Heinrich-Heine-Gymnasium.

The mini sports badge conveys to children the joy of playing and exercising outdoors and the opportunity to test their abilities and physical limits. “Move terribly” and “walk far” are some of the things written on the certificates, which the children proudly accept. Everyone will also receive a medal for participating.

Until now, the German Sports Badge was only available from primary school age as a sports-oriented offer. “In fact, it’s too late,” thought the district sports association and Lott Jonn, who jointly launched the campaign for kindergarten children in the Mettmann district in 2010. The concept is intended to motivate city actors to carry out the campaign independently. Some cities have already implemented this and are currently starting over.

Since the beginning, a total of more than 9,200 children from 410 nurseries have participated. The district-wide campaign, which is equally popular with the city’s children, educators, sports associations and clubs, is now gradually being revived and brought to the cities.