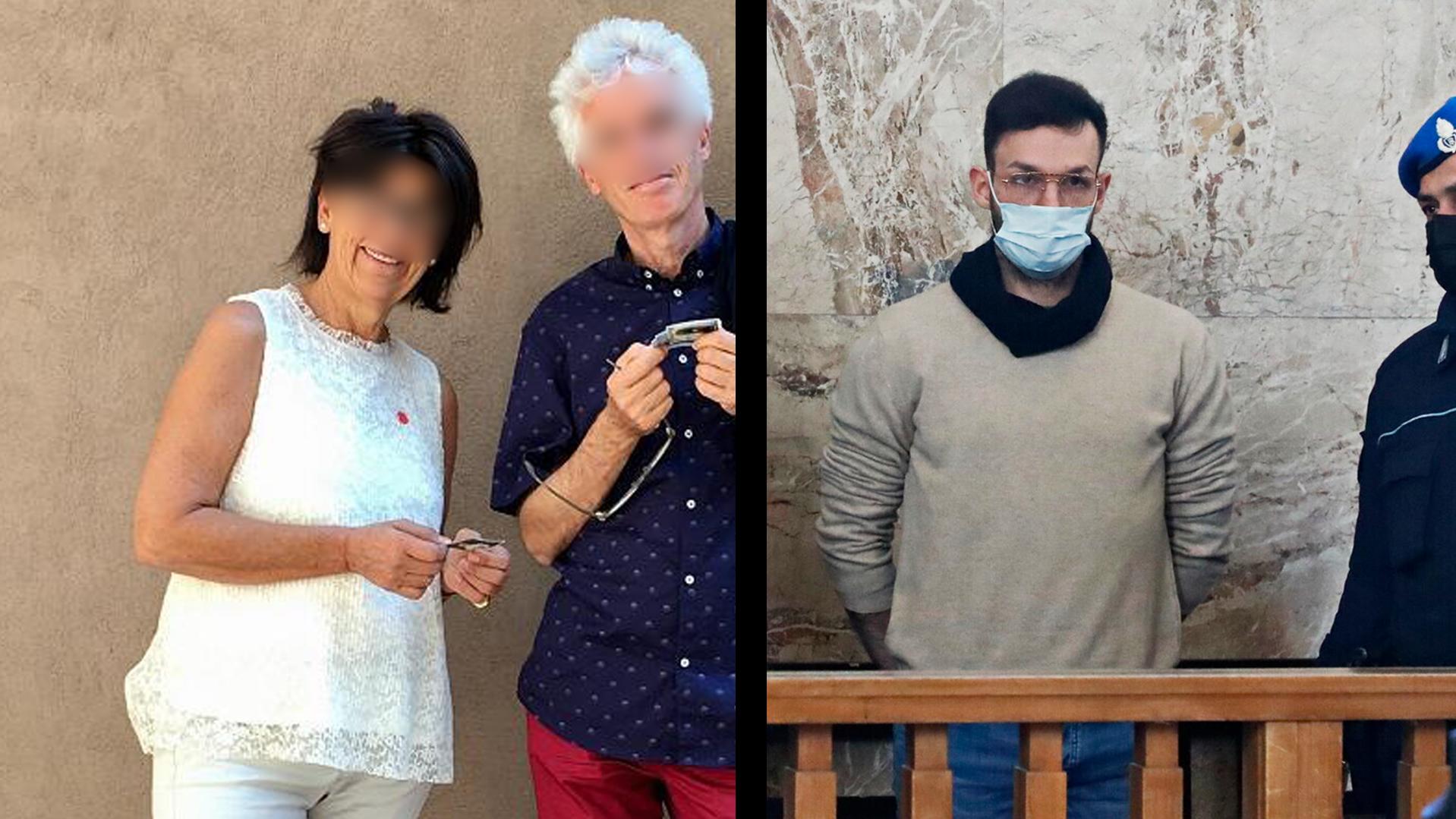 It is January 4, 2021 when Madé Neumair cannot reach her parents by phone. The 28-year-old is worried. The fact that both his father’s and his mother’s cell phones are turned off is atypical. He lives in Munich, works there as a doctor. His parents in Bozen (South Tyrol). He made calls to his brother Benno his. The 30-year-old has recently moved back in with them. But he probably doesn’t know anything. He reports him missing to police on Jan. 6, 2021. They had disappeared without a trace, the math teacher told officials.

What the policemen did not suspect at the time: the couple left a long time ago, and the murderer is right in front of them. Because your own son had already murdered your parents in cold blood two days before.

Italy: Concerned son Benno Neumair gives an interview to the TV crew looking for his parents

The case of the disappearance of Peter Neumair and Laura Perselli is made public because it was initially assumed that something could have happened to the couple while they were walking in the ski resort near Bolzano. The cold that reigns there at that time of year, a dangerous factor. There is a great search for the couple from South Tyrol.

At the same time, the worried son, Benno Neumair, gives an interview to the Italian television crew “Chi l’ha vio” which means “Who saw her?”. He says, “We all know how cold it is outside. Either they’re cooped up somewhere…or it’s very hard to have any hope.”

Weeks later, on February 6, firefighters discovered the body of a woman in a lake south of Bolzano. This is Laura Perselli, who has been missing for almost four weeks. According to “Il fatto Quotidiano”, after her body was found, the son burst into tears in front of everyone and shouted: “My mom is gone, my mom is gone.”

The same day, then, the sudden change in the case. The worried son, who was an ambitious bodybuilder in his spare time, admits to killing his own parents.

The fitness fanatic first strangled his father and three hours later his mother with a fitness band. He dumped the bodies into a river in Bolzano (Italy). That reports “Il fatto Quotidiano”.

Peter Neumair’s body was only discovered on April 27, 2021 near Trento on the Adige River. A walker was walking his dog and saw the washed corpse. The 63-year-old man could be identified by his watch.

Double murder of parents in Bolzano: What did Benno Neumair’s mother have to go through?

But how did this tragedy occur? What happened in the three hours between one murder and the other? Is it possible that the mother had to see how her son murdered her husband? Did she have to endure three hours of fear before Benno killed her?

All these questions will be clarified in the current process. Because Benno Neumair was charged with murder and is now on trial. The parents’ cell phone records show that the bodybuilder must have turned off the phones at 9:00 p.m. on January 4. After that, there was probably no sign of life from the couple.

The son killed the parents: the bodybuilder (30) recently moved from Neu-Ulm to his parents in Bolzano

Benno Neumair has recently moved back in with his parents. Before that, the 30-year-old lived in Neu-Ulm with his girlfriend. But he returned to South Tyrol because he was not doing well mentally. The fitness fanatic has been taking substances for some time, the so-called anabolic steroids. For the muscles to get bigger, like “Il fatto Quotidiano”.

This is also confirmed by ex-girlfriend Nadine. The German recently testified in court that she was afraid of Benno. She even had to call the police once. In the RTL interview, Police Chief Inspector Thomas Merk tells us about the operation. “In July 2020, officials found Mr. Benno Neumair in his apartment in Neu-Ulm. He had injured himself.” According to the police file, the 30-year-old man was holding a knife. Probably to ward off the unexplained. However, Benno Neumair did not assault anyone, according to the police chief in the RTL interview. “Mr. Neumair was then handed over to the care of a specialist.”

Shortly after this incident, Benno Neumair returned to his parents, reports “Il fatto Quotidiano”. They probably wanted to help him get through the tough time of quitting. A fatal decision.

Made Neumair probably had a suspicion all along that her brother might have had something to do with their parents’ disappearance. The doctor observed the change in her behavior while taking anabolic steroids.

The 28-year-old plays voice messages in court. He faced his brother suspiciously. But he denied everything. In the voicemail he played in court, the 30-year-old said: “Fights happen in the best families. But they don’t go far enough to cause serious harm to anyone. So keep in mind that your accusations don’t help.” to find mom and dad again.

Madé Neumair tells the court about a beautiful childhood together. That they used to have a very good brother-sister relationship. The 30-year-old math teacher changed a lot after taking anabolic steroids and eventually became mentally unstable.

Double murder of parents: Benno Neumair taught math to children from the age of 10

Benno Neumair studied sports science and nutrition. He taught mathematics to high school students from the age of 10.

But his passion for bodybuilding prevailed. He uploaded videos to a YouTube channel. Featured shirtless. He was proud of his muscles and the powerful tricks he could do.

This passion for himself and his body probably led the 30-year-old to take substances that were supposed to help his muscle development, according to “Il fatto Quotidiano.” But it is said that this significantly changed his nature and his psyche.

According to the report, there were always conflicts with their parents. Because the bodybuilder Benno preferred to pursue his hobby instead of earning his own money. Peter Neumair and Laura Perselli would have argued with his son more and more. But in the end they just wanted to help their unstable son. But that cost him his life.

Benno Neumair now faces life in prison in Italy for two murders. The 30-year-old himself has yet to testify. There are still many unanswered questions. His sister Madé Neumair, in particular, cannot understand the cruel act. At her funeral, the 28-year-old read a letter that she herself had written. She ended with the words: “I miss you infinitely.” (mc)