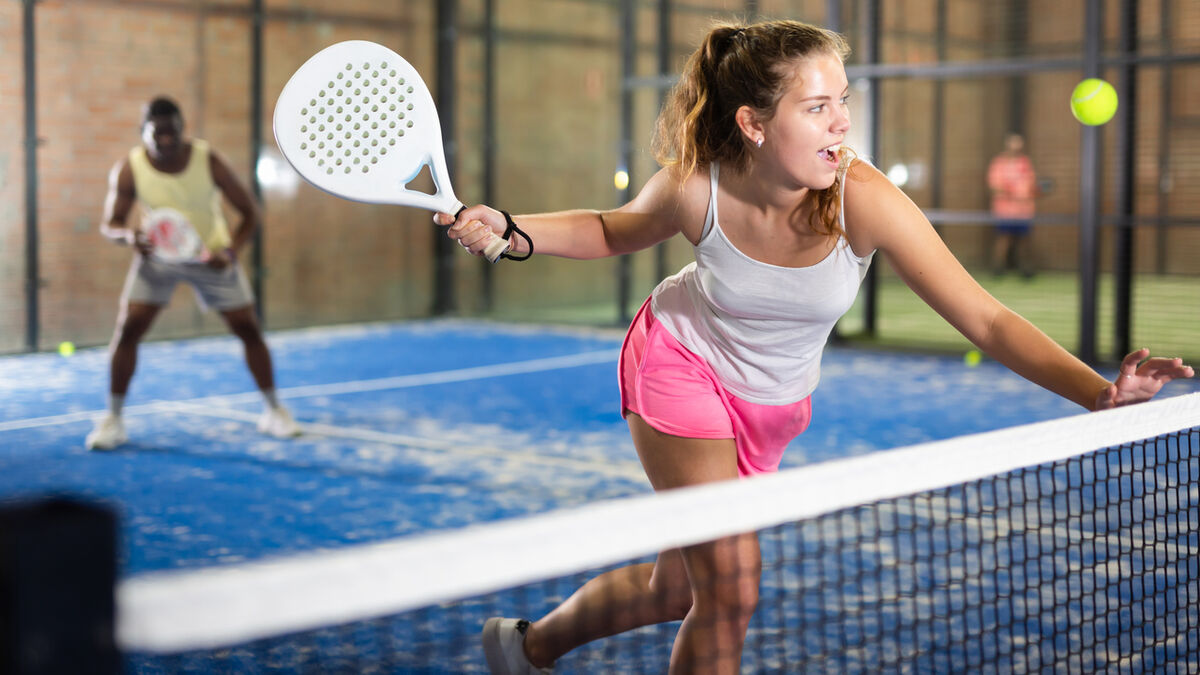 How does paddle tennis work?

Padel is a racket sport originating in Mexico. Similar to related tennis, a racket ball is hit over a net on the opponent’s court to score points. The game is played on special tennis courts, the paddle tennis courts. The artificial grass pitches are 20 meters long and 10 meters wide. The special thing about padel is that the courts are surrounded by 3-meter-high walls made of plastic glass and nets. Plastic glass walls at the front of the court can be included in the game. Players can hit the ball against walls in their own half of the field to send it over the net. For particularly clever strategies, the balls can also be played in such a way that they bounce off the opponent’s half and deflect off the walls there.

Paddle tennis is usually played in doubles, in which two players per team face each other with special foam paddles. Padel can be understood as a kind of mixture of tennis and squash. In South America and southern Europe, the sport of fashion has been very popular for years because it is exciting and easy to learn. Long rallies, team spirit and quick success make padel the fitness trend of the moment in this country as well.

also interesting: These are the best exercises to lose weight > >

1. It is good for health and figure

Padel is not as physically demanding as tennis. Since two players per team share their half of the field, the running effort for each individual is comparatively less. That does not mean that padel is not exhausting and sweaty. However, gamers don’t have to be absolute endurance aces to have fun with the trendy sport. With small movements, short explosive sprints and long lunges, people who are not very fit can also be successful in padel. Depending on the intensity of the game and the duration of the exchange of blows, players can burn up to 400 calories per game. At the same time, exercise has many positive health effects. The cardiovascular system is stimulated and lung condition and volume may improve over time. Nor is mental health neglected, because paddle sports relieve stress a lot.

Padel is less about strength and endurance than it is about skill and tactical play. While it makes sense to put up powerful spikes in the opposite half from time to time, teams that skillfully play their balls and also use the glass walls generally win. Anyone who plays padel regularly will find that it is much easier to score points with tactical thinking and racket and ball handling skills than with sheer strength. Hand-eye coordination will improve over time, which can be a great advantage in everyday life, especially for clumsy people.

Padel is a team sport. Anyone who does not come to an agreement with his teammates and does not follow a common strategy and winning tactics cannot survive against the opposing team. In paddle tennis you have to be able to trust your teammates and at the same time be reliable with yourself. Successes are celebrated together and you have to recognize your own mistakes. Only those who communicate openly, are open to criticism and have a healthy team spirit can truly enjoy padel. As a sport played in doubles, paddle tennis is also a great social pastime. Bring three of your best friends to the padel court and use the break between sets to connect with your friends.

also exciting: These are the best dance workouts > >

Basically, racket sports like paddle tennis consist of periods of intense and explosive movement followed by short periods of recovery. Paddle tennis has beneficial health effects similar to those of HIIT workouts. With high intensity interval training, fat burning is enhanced. Intense sequences of movement followed by short periods of rest speed up fat metabolism. In fact, such interval training sessions put much more physical strain on them than even-paced exercises. As with HIIT, paddle tennis also has the so-called afterburn effect, in which body fat continues to burn a day after sports practice. So, if you want to get rid of the love handles in the problem areas and some abdominal flab, get together with some friends and let off steam with the paddle.

In the video: This is what paddle tennis looks like with professionals