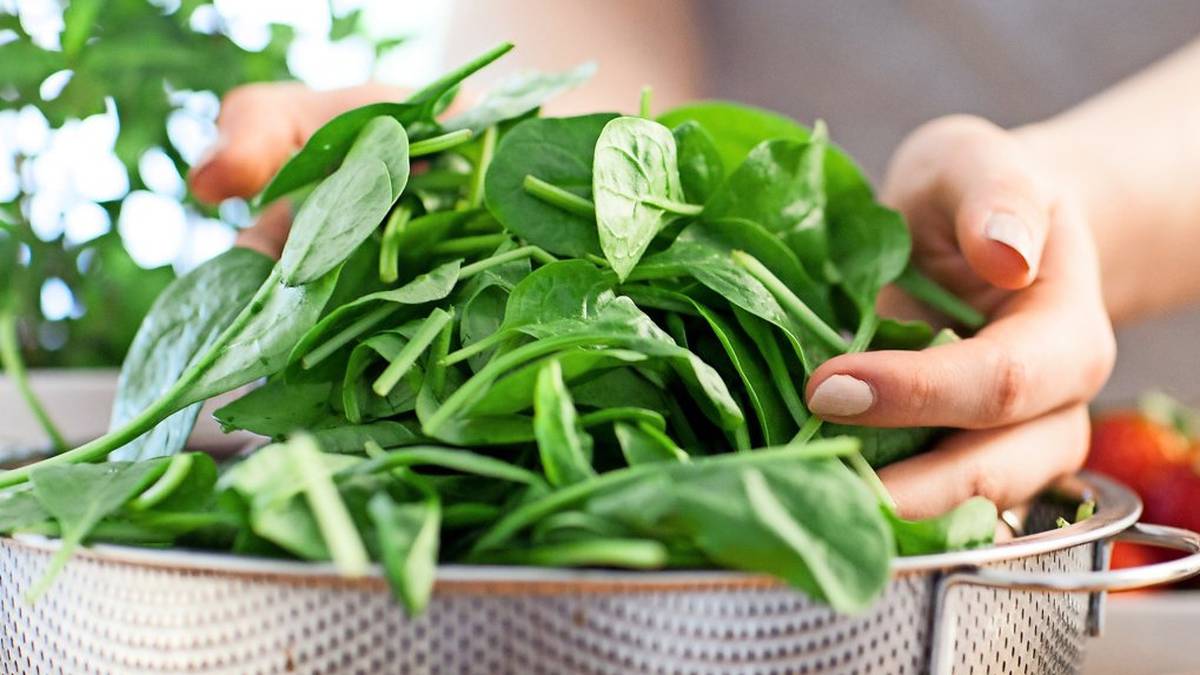 Maybe the younger generation doesn’t know him anymore: Popeye, the muscular sailor with the anchor tattoo, who seems to have superhuman strength with a can of spinach. Does spinach really make you strong? Or was it originally just a marketing gimmick or the story of desperate parents who wanted to make their kids tasty with vegetables? In fact, spinach’s effect on Popeye’s biceps was initially attributed to supposedly high levels of iron.

Iron is in all kinds of foods.

The fact is that iron is extremely important for performance; among other things because it is contained in all the enzymes that transport oxygen, such as blood red and muscle pigment. Ultimately, however, the high iron content turned out to be a methodological error. Dried spinach was examined. In fresh foods, especially vegetables, the high water content causes a dilution effect.

Although spinach works relatively well for vegetables with around 3.5 grams of iron per 100 grams, wheat bran has more than ten times as much iron. And, naturally, there is a lot of iron in blood-related foods, such as liver. Also, spinach contains a lot of oxalic acid, especially in the stems. This actually inhibits the absorption of iron in the intestine.

So what’s the deal with Popeye? In fact, spinach is high in nitrates. These, in turn, have been shown to promote the bioavailability of nitric oxide. This molecule lowers blood pressure, improves tissue perfusion, but also modulates oxygen utilization in the muscles and improves exercise tolerance and performance.

Spinach also contains plant ecdysteroids, substances similar or identical to the molting hormones of insects. Among other things, these have also led to increased physical performance in mammals. Essentially, the effect was attributed to an increase in protein synthesis in cell cultures. However, to achieve this for us humans, we would have to eat several kilos of spinach a day. In short, this means that spinach actually makes you stronger. But really the question should be whether we can basically eat “heavy” or “fit”.

Always adapt your diet to your training

And that brings us back to the marketing trick: a lot is promised in advertising. For example, muesli bars flavored with protein, vitamins, and minerals are said to pack a punch. But these are empty promises. Of course what and how, especially how much when eating, influences our performance. To feel strong and fit, you need above all physical training, accompanied by a balanced diet.

For athletes, however, the following applies: During competitions or hard training phases, you should adjust your nutrient intake depending on the sport: Simple sugars, for example, act as a booster during sprints and support the burning of fat, especially during longer drives. However, consuming too much fat also makes you sluggish and tired. Proteins are particularly relevant for muscle regeneration and development. But even that only works if the muscle is used.

Prof. Christine Joisten is a sports doctor at the Institute for Movement and Neuroscience at the German University of Sport in Cologne.

in the column “On the couch” write to changing experts on the topics of partnership, mindfulness, career, and health.