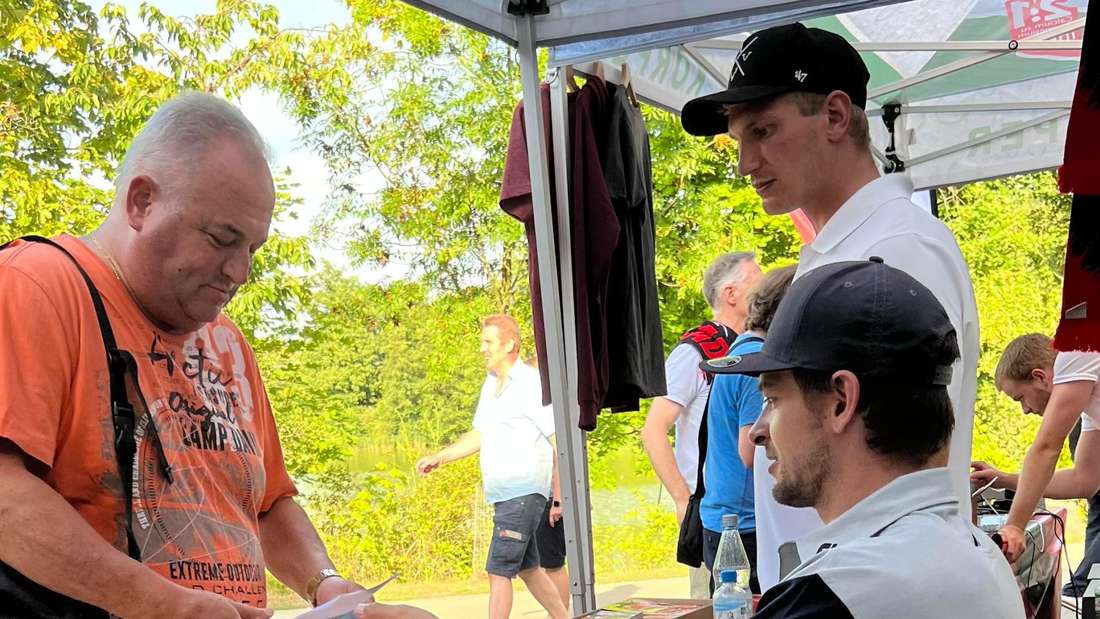 The Red Devils ice hockey professionals are back in Bad Nauheim; with one exception. The fans show euphoria and the squad bets on an open position.

At times, the queue of people stretched from the main entrance of Colonel Knight Stadium to the Teichhaus beer garden. 400 season ticket holders of the second division ice hockey club EC Bad Nauheim took advantage of the first appointment to collect their tickets this week. Finally the style of the stadium again, finally the contact with the team again (Christoph Körner and Philipp Wachter had delivered the tickets on Tuesday, Marius Erk on Thursday). And finally, get back to talking business with like-minded people over a beer and grilled sausage.

Can the success of the previous season be repeated? Will there be a replacement for Stefan Reiter, who surprisingly left the Red Devils? Y: Will the 1,000-subscription mark be broken for the first time? The announcements are made under the slogan »Come hell out of it«. By Friday, 963 season tickets had been sold. A video clip that the Red Devils have spread on social networks aims to encourage those who are still undecided to buy.

The DEL2 professionals have been meeting in Bad Nauheim since Thursday. Delivery of car and apartment, a signature, a signature there. On Saturday, the squad will meet for the first time. Fitness trainer Marc Lubetzki (Personal Training Mittelhessen) checks fitness in Wölfersheim. Only Tim Coffman is missing. He is currently still playing in the new professional 3v3 summer league in North America, and with great success. “Team Mullen” (six outfield players, one goalie) leads the six-man competition. A tournament in Las Vegas kicked off in June and the series returns to Las Vegas for the finale on August 20 through Denver, Grand Rapids, Hershey, London, Pittsburgh, Quebec City and Nashville (this Saturday). Each player of the title holder will receive a cash prize of 127,000 US dollars, writes the sports page »The Athletic«. For comparison: the average salary of a professional in the second-tier American Hockey League (AHL) is between 60,000 and 70,000 US dollars, however, per season.

On Monday, the EC professionals will meet the sponsors at a golf tournament, and EC Bad Nauheim will go to Lauterbach for the first official training session on the ice on Thursday (10:30 am). Before leaving for Villach (August 15), the team is also looking for the best tennis player.

Speaking of the search: Harry Lange has yet to find a replacement for Stefan Reiter. “We still have a little time left,” says the coach, but he also makes it clear: “We have to fill this position, we need another player.”