Corona, vaccinations, sports, health, training and prevention in focus: What are the current developments in the pandemic and what rules are politicians setting in response? In our Corona Week Update, we provide an overview of current decisions for the fitness industry. And the question of all questions: Where is 3G already applied and where is 2G plus still applied? What exceptions apply with Booster? 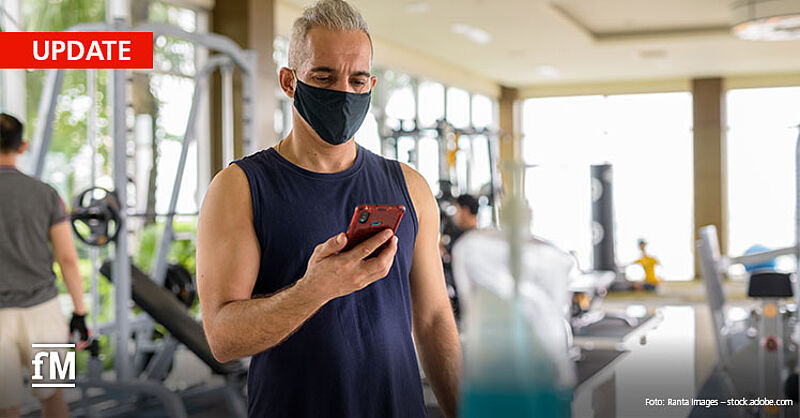 A new: This sixth part of corona updates deals with Corona news March 2022. The oldest information (weeks 5 to 9 or February 2022) can be found right here in part 5 of our Corona Week Update.

The article will be updated periodically.

The Bundestag has approved the new Infection Protection Act, with which the majority Corona restrictions in public life are abolished. have to. Instead there must be some basic protection measures in step Stricter protection measures they are only in the future in foci of infection possible.

Lawsuit dismissed: no compensation due to blockage

According to a judgment of the Federal Court of Justice (BGH), those affected by the Corona closures are not entitled to state compensation for their loss of income. On Thursday, March 17, 2022, the judges in Karlsruhe issued a pilot procedure the lawsuit (Az. III ZR 79/21) of a restaurateur and hotelier against the state of Brandenburg, which largely had to close in the spring of 2020.

New rules in the workplace.

Companies can decide for yourselfif they give employees a Offer corona test per weekif you Provide protective masks. and if the employees in home Office Should work. In his opinion, employers should Consider regional infection events.

The North Rhine Pharmacists’ Association argues that Free citizen tests beyond March 31 endure “With the advancement of the omicron BA.2 variant, the positive test rate is continuously increasing. It would be irresponsible to make the same mistake as in October and charge for citizen tests,” Thomas Preis, head of the association, told the Rheinische Post newspaper.

Despite the growing number of infections and a Negative record of incidents at European level should this week more loosening It will enter in vigor.

How far will these go and how will the so-called ‘Base Protection’ from March 20 should be implemented in the individual federal states will be decided in the course of the week.

The individual federal states, such as Brandenburg, Bavaria, Lower Saxony, Hamburg or Mecklenburg-Western Pomerania, have already announced that wants to continue to adhere to many of the previous restrictions within a transition phase until probably April 2 and sometimes they even want to think about a possible regional tightening.

Berlin, Baden-Württemberg, Saarland, Rhineland-Palatinate, Thuringia and North Rhine-Westphalia have also announced that will make use of this transitional phase at least in individual areas.

A lots of crown rules it will only be as already announced to Sunday, March 20, 2022, they are valid. For the later time, without the Bundestag having to declare an epidemic emergency of national importance, two pillars planned:

1. basic measures with minor restrictions in the daily life of citizens: proof obligation where there are many vulnerable people – also in schools, prisons and group accommodation – and a mask requirement in nursing homes, hospitals and public transport (probably without long-distance transport).

two. regulation of access points: In areas with outbreak events, in the event of an imminent Health system overload or dangerous new virus variantsAccording to the resolution of the respective state parliament, the following measures must be applied:

At the beginning of April, the Bundestag will vote on the general obligation to vaccinate. The political challenges of the Ukraine war will not change that.

Probably not full compensation for the lockdown

Of Federal Court of Justice (BGH) in Karlsruhe dampens hopes: the sectors most affected by the two lockdowns, such as the fitness and health sectors, have consequently little prospect of full state compensation for their losses.

Because those contained in the Infection Protection Law Compensation Schemes be fine not intended for nationwide closureshe said after preliminary consultations. A Verdict probably should in two weeks fall.

Despite the omicron wave, which has meanwhile subsided, the Number of people employed in Germany almost back to pre-crisis levels. In January it was around 45 millions. This was announced by the Federal Statistical Office.